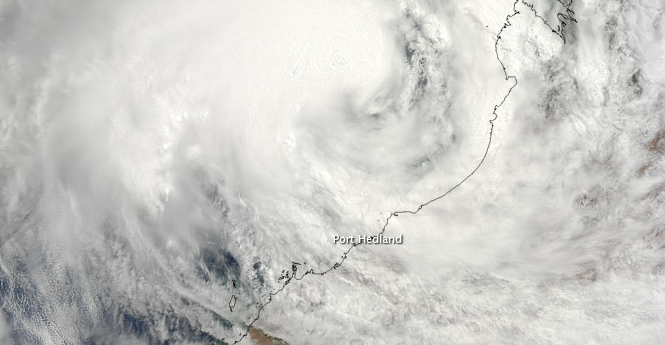 Tropical Cyclone Rusty is bringing extremely heavy rainfall and very dangerous winds to a vast swathe of the West Australian coast.  Pardoo, Whim Creek, Port Hedland and South Hedland are on red alert. Streets are now empty and people urged to stay in shelters. Australian Bureau of Meteorology warned that very destructive winds of up to 165 km/h between Whim Creek and Pardoo are possible on Wednesday, February 27, 2013.

The Bureau has issued a cyclone warning for coastal areas from Bidyadanga to Mardie including Port Hedland, Karratha and Dampier and adjacent inland areas of the Pilbara, including Marble Bar, Nullagine and Millstream. 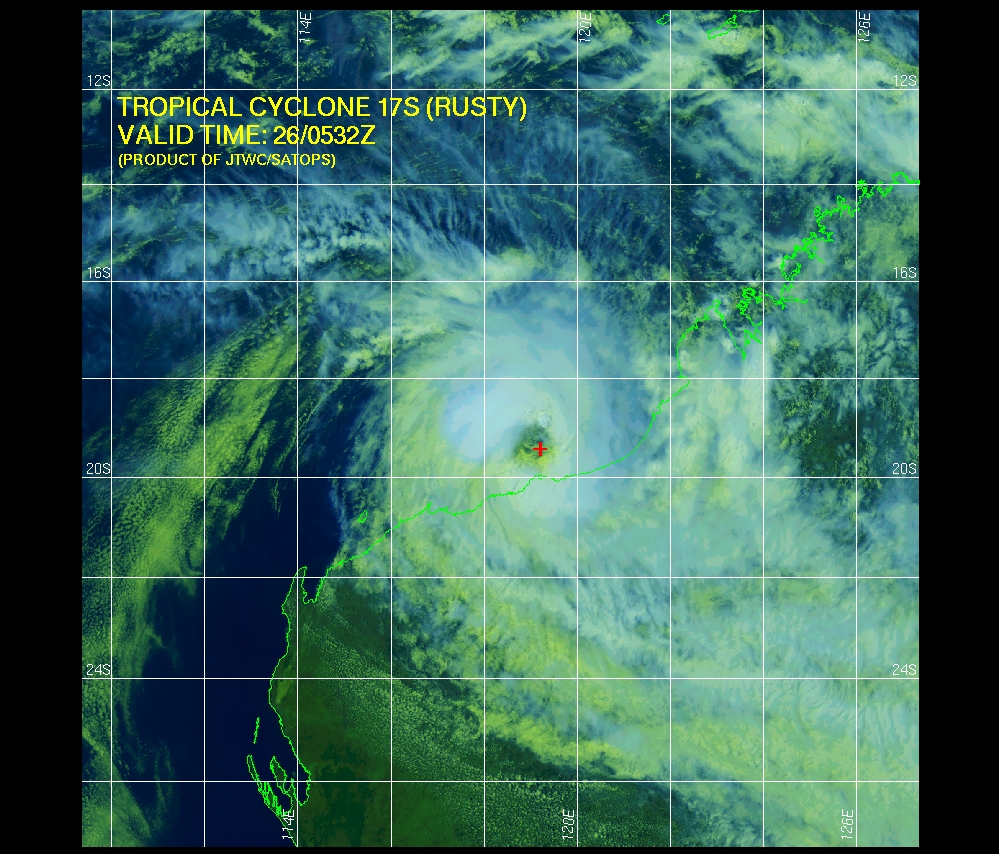 Bureau of Meteorology predicts the system to intensify to a Category 4 system, equal to Cyclone Tracy which obliterated Darwin, in the next 24 hours before the eye of the storm crosses the coast tomorrow. 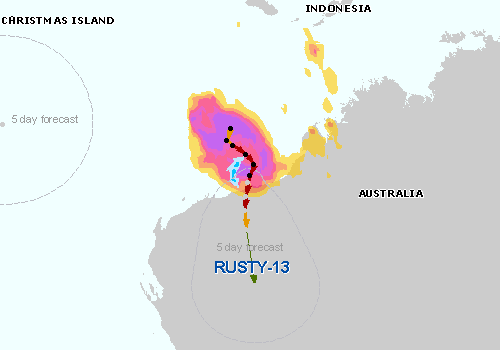 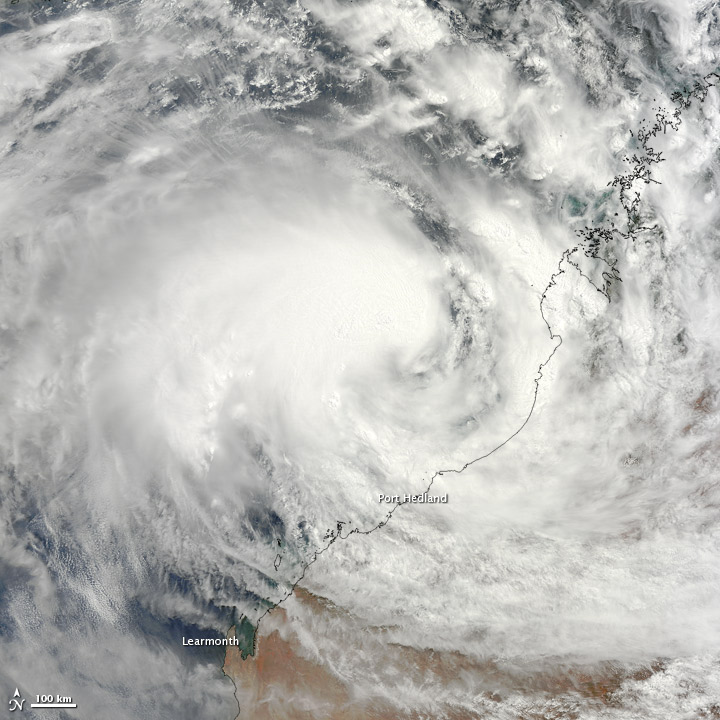