The usual style of activity at White Island, New Zealand changed over the past weekend: the active vent began producing ash. This activity ceased on Monday, February 25, 2013, and was replaced by steam and gas explosions from the active vent. GNS volcanologist Brad Scott visited the volcano and noted in his latest report that the level of volcanic tremor has increased:

The level of volcanic tremor has increased, associated with the reappearance of fluids in the vent area. This change in activity is consistent with the level of unrest we have seen over the last month at the island. As always a high level of caution should be taken if visiting the island.

The unrest continues and we continue to see small-scale explosive events, he said and added that larger explosive eruptions can occur at any time with little or no warning.

Today, February 26th, aviation color code remains on Orange, volcano is exhibiting heightened unrest with increased likelihood of eruption. Alert is on level 2 out of 5. 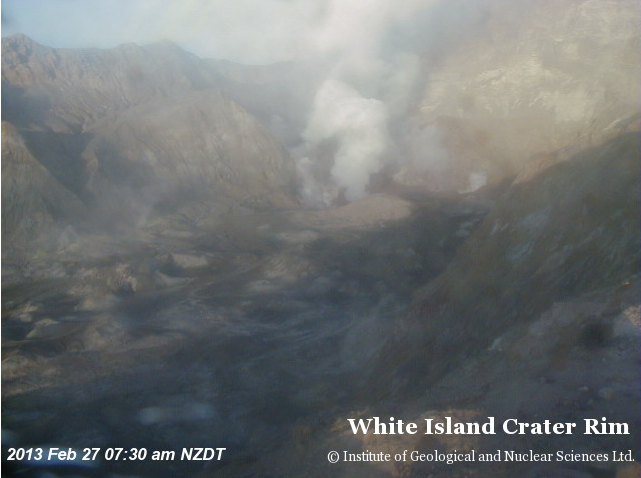