The Australian Bureau of Meteorology has raised its ENSO Outlook to La Niña, indicating that the tropical Pacific has reached La Niña levels. Climate models suggest this La Niña will be weak and short-lived, persisting until early southern autumn 2018. 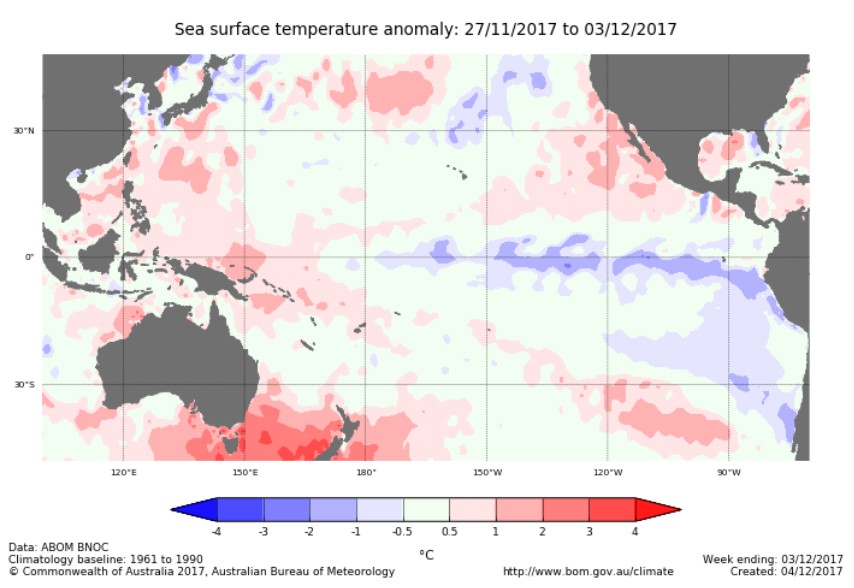 In order for 2017–18 to be classed as a La Niña year, the event needs to last for at least 3 months. Climate models surveyed by the Bureau suggest that while this event is likely to persist over the southern summer, it will be weaker than the strong La Nina of 2010–12.

La Niña typically brings above-average rainfall to eastern Australia during late spring and summer. However, sea surface temperature patterns in the Indian Ocean and closer to Australia are not typical of a La Niña event, reducing the likelihood of widespread above-average summer rainfall. La Niña can also increase the chance of prolonged warm spells for southeast Australia.

The Indian Ocean Dipole (IOD) is currently neutral. IOD events are typically unable to form between December and April.