The National Oceanic and Atmospheric Administration (NOAA) has issued a La Niña watch on Thursday morning, July 9, 2020. However, the possibility is not that strong as there is only a 50 to 55 percent chance of La Niña, a 40 to 45 percent chance of neutral conditions, and a 5 to 10 percent chance of El Niño. Such conditions could influence the Atlantic hurricane season, as well as the temperature and precipitation patterns in the U.S.

NOAA has issued a La Niña watch, which means that "conditions in the tropical Pacific Ocean are favorable for the development of the cool phase of the climate pattern," known as El Niño-Southern Oscillation (ENSO) later this year.

"We've been monitoring the emerging La Niña event for a few months now," said chief meteorologist Dr. Todd Crawford at The Weather Company, "and have observed anomalous easterly winds in the tropical Pacific that are helping to drive the oceanic cooling that is the primary characteristic of a La Niña event."

The interaction of La Niña and El Niño conditions with the atmosphere can influence weather conditions, not only in the U.S. but also around the world. 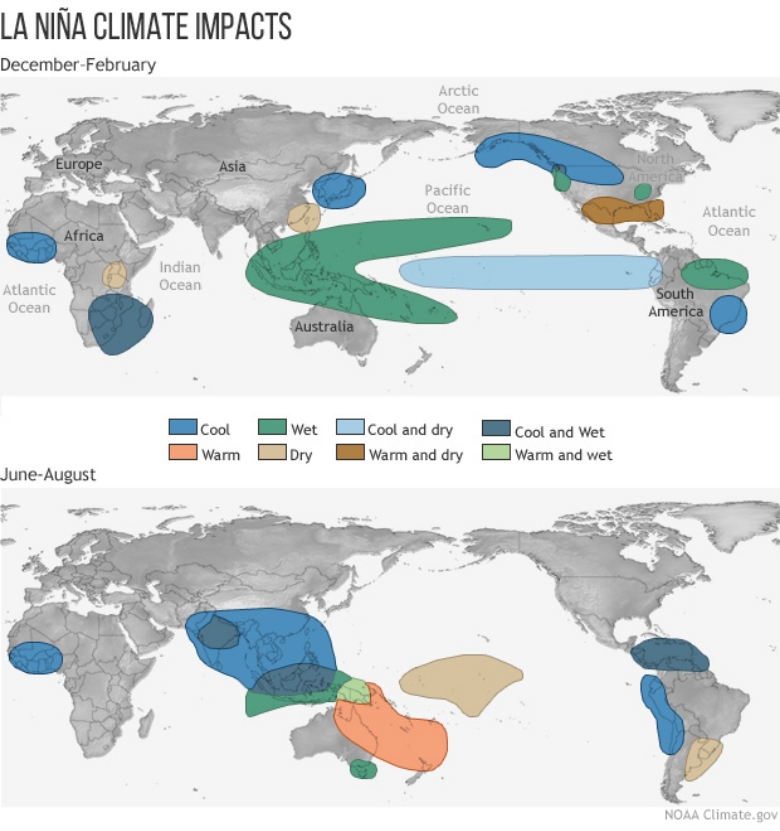 In its outlook, NOAA noted that the forecaster consensus slightly favors the development of La Niña during the August-October season, and then lasting through the rest of 2020– based largely on dynamical model guidance. 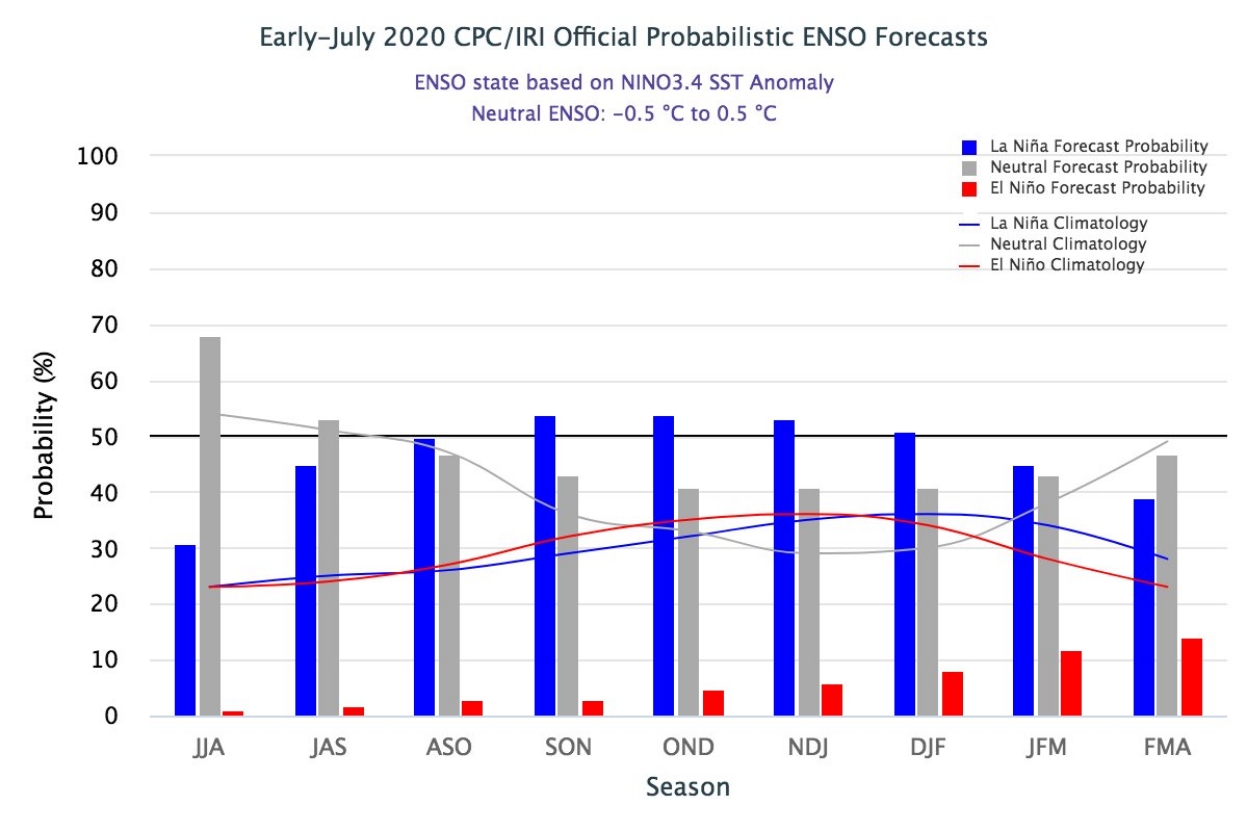 The chances of La Niña developing as early as August to October is significant as that's the peak of the hurricane season. When the phenomenon is present, it can boost the Atlantic hurricane season.

"As tropical season ramps up, the atmospheric pattern associated with this new La Niña event will favor a very active season," Crawford explained.

The neutral phase or the lack of either La Niña or El Niño is only one large-scale forcing on the atmosphere, and not the sole factor in determining whether a season is warm, dry, cold, or wet. 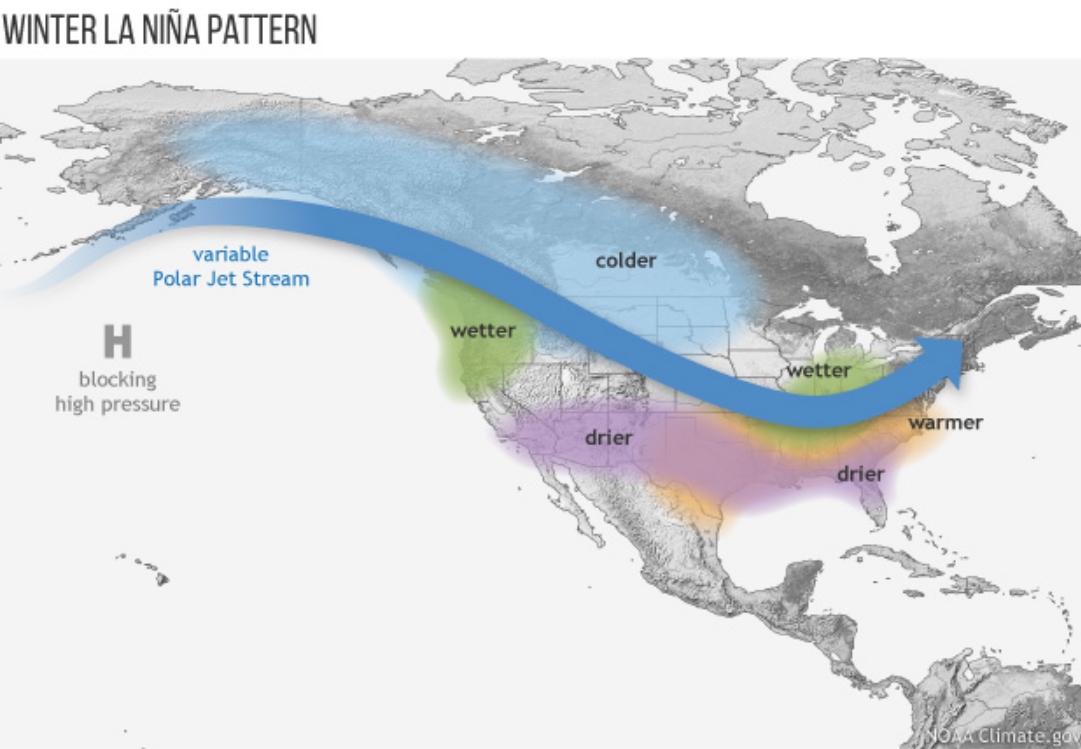 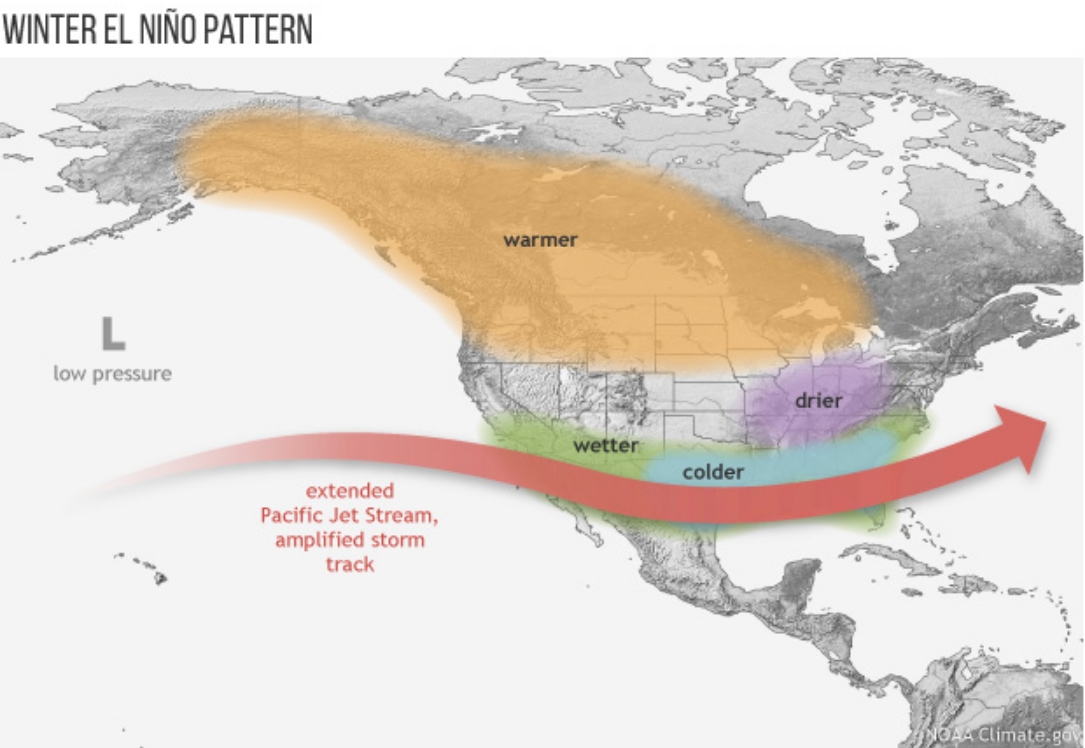 "Typical La Niña winters see atmospheric ridging near the Aleutians, which helps to drive Arctic air into Canada. The wild card is whether there will be enough atmospheric blocking at high latitudes to push the colder air masses down into the U.S. If not, La Niña winters can be unusually mild," Crawford added.

NOAA said they will continue to monitor conditions in the equatorial Pacific Ocean for changes in the months ahead, and provide more updates.