Scientists revealed evidence of hundreds of ancient eruptions in New Zealand after reconstructing 350 000 years of volcanism across the North Island. These explosions would cause widespread havoc if they occurred in the present time. The researchers focused on smaller and more common blows known as "super-eruptions" at the Taupō and Okataina calderas.

Scientists from the Massey University studied the center of the Taupō Volcanic Zone (TVZ) at the heart of the North Island to build the first-ever Spatio-temporal model of volcanic hazard, which brought a mass of data collected from previous studies and terrain information.

This allowed the researchers to study patterns among 432 various vent sites from past eruptions and know what impact the seven large caldera volcanoes in the region had on them.

"This inventory has not only identified the location of these volcanoes but also collated their most up-to-date information about their age, style of eruption, inferred duration of their eruptions, and their chemical signatures," said lead author, Dr. Szabolcs Kósik of Massey-based Volcanic Risk Solutions.

Based on known explosions, these smaller blows happened at an average rate of one to two every 1 000 years. Two of the most recent ones occurred within the Okataina caldera.

The Kahaora eruption 700 years ago spewed ash across north and east of the North Island, while the Tarawera eruption in 1886 resulted in 100 fatalities and destroyed the Pink and White Terraces– one of the country's natural wonders. 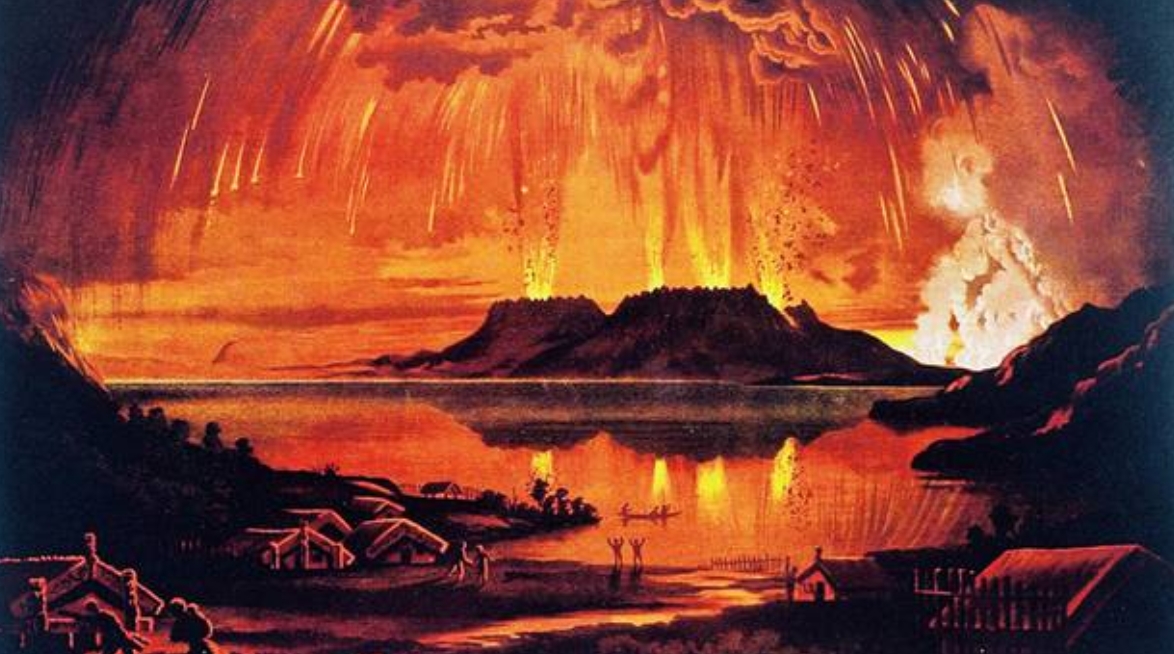 The researchers were taken aback that such a high figure of small eruptions had occurred over 350 000 years, which is a short period in geological terms.

"In the Auckland Volcanic Field, we've seen the birth of about 54 volcanoes over 250 000 years of course in an area of about 100 times smaller– still, the total number is surprisingly high," said Kosik.

He added that smaller and more frequent eruptions in the area had been overlooked, and the new insights put their risk in context with devastating events, like Taupō's Oruanui eruption about 25 400 years ago. It blew out the hole that is filled today by Lake Taupō.

Kosik noted that while such eruptions would slightly modify the landscape we know today, they would be big enough to cause significant disruption.

"Volcanic impact could be on transportation routes such as the main logistic artery of the North Island– State Highway 1– or the main trunk line. Air traffic between major centers such as Auckland, Wellington, Palmerston North, Taupō, or Napier would likely be under ongoing and unpredictable threats of ashfall. Major tourist hubs such as Taupō and Rotorua would also be affected strongly."

Kosik added, "We recognized that far more refined data on the age pattern of these small volcanoes across the whole Taupō Volcanic Zone is needed in the future."

"While we worked hard to include every location of volcanoes in our analysis, the level of information about their geology is uneven, and that needs to be smoothed by future geological mapping."

"We also learned that there have been many hidden, sub-surface events, whose records are buried under thick young ignimbrite sheets, sometimes more than 100 m (328 feet) thick – and hence, we can't access them directly."

The new study came amid major projects in the wider TVZ, an area that stretches north-eastward from Taupō out to White Island.

We explore how volcanic hazards in a silicic volcanism-dominated caldera systems can be assessed by spatial and spatio-temporal statistical models using similar treatment to that applied to dispersed mafic monogenetic volcanic fields. The central part of the Taupo Volcanic Zone is an ideal location for such study, containing more than 300 small to medium volume eruptions identified as having occurred in the past 350 kyr. The spatial distribution of vents with respect to the location of faults indicates a very strong local tectonic control on new vent openings, which commonly manifests in eruptions characterized by fissure vents. Kernel density estimates, along with the migration of volcanic foci in the last 100 kyr, suggest the bipartition of the caldera system activity, separated by an approximately 20 km wide vent-free section of the Taupo rift between the Waikato River and the southern extent of the Kapenga caldera. The heterogeneity in the spatial pattern of vents in the vicinity of different calderas suggests that the caldera structures themselves exert considerable infuence on the location of post-caldera volcanism. The spatio-temporal analysis fails to identify a local maxima of spatio-temporal intensity corresponding to post-Oruanui volcanism of Taupo volcano, in contrast to that observed at Maroa and Okataina Volcanic Centres. This deficit of events indicates that the Taupo caldera system is behaving atypically, relative to the post-caldera stage of other calderas of the Taupo Volcanic Zone.