Tropical Cyclone "Uesi" has dumped heavy rains to northern New Caledonia as the storm passed west of the islands on Wednesday, February 12, 2020. The storm is on course to bring severe storms to Australia's east coast in the following days, while New Zealand's South Island will see heavy rain from the storm's remnants during the weekend.

Damage has been reported in the northern area of New Caledonia as the storm brought heavy rain and strong winds. According to the media, 16 people were evacuated to shelters on Belep.

Up to 300 mm (11.8 inches) of rain fell in 48 hours to Wednesday, inundating roads which left several communities isolated. Furthermore, power outages occurred in parts of the north of the main island Grand Terre where a maximum cyclone alert remains in place. 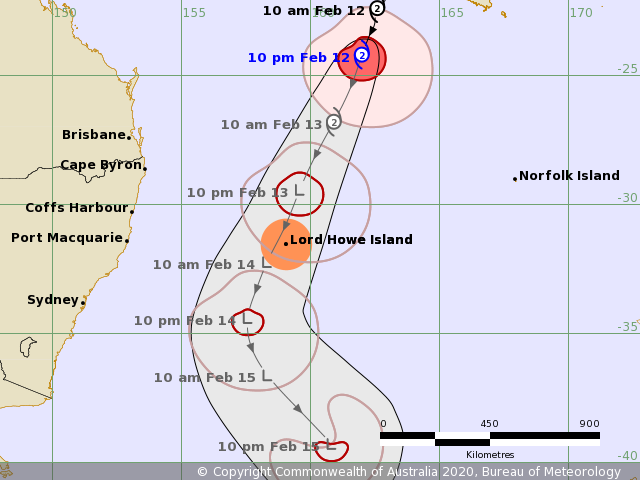 "Convection has significantly weakened around Uesi in the last 24 hours and it is apparent there is increasing northwesterly shear across the system due to a negatively tilted upper trough over eastern Australia," BOM wrote. 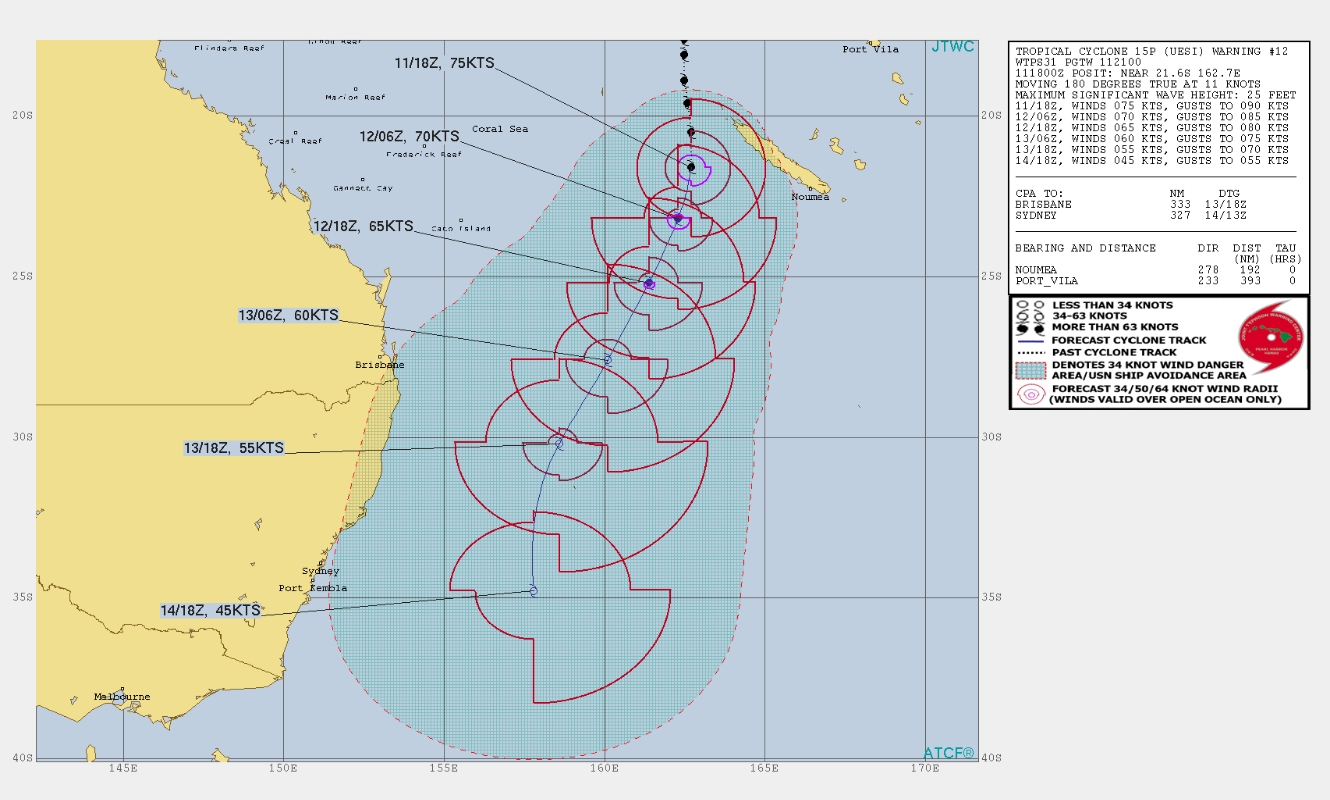 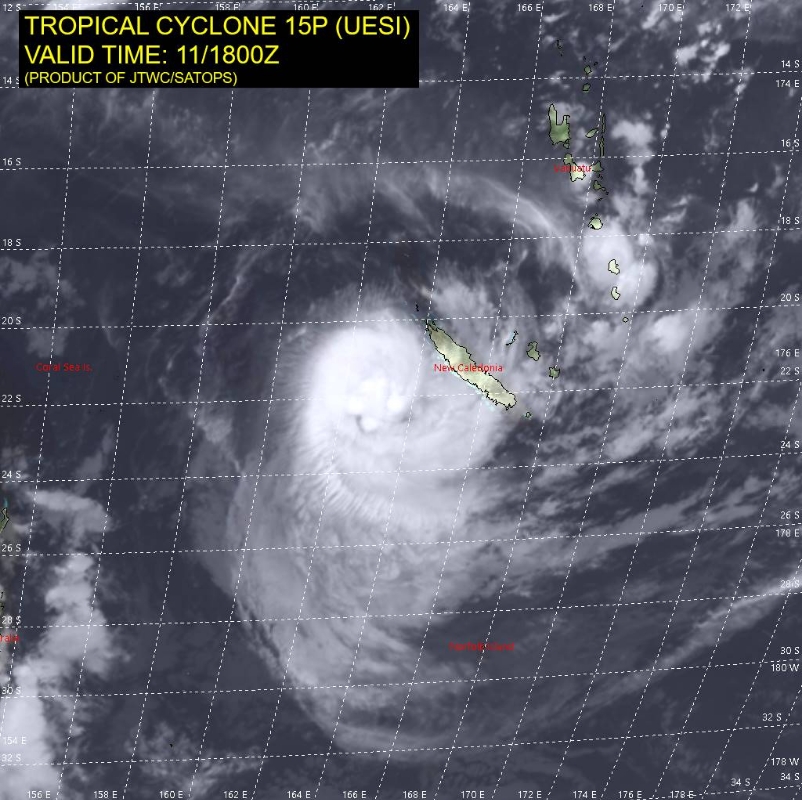 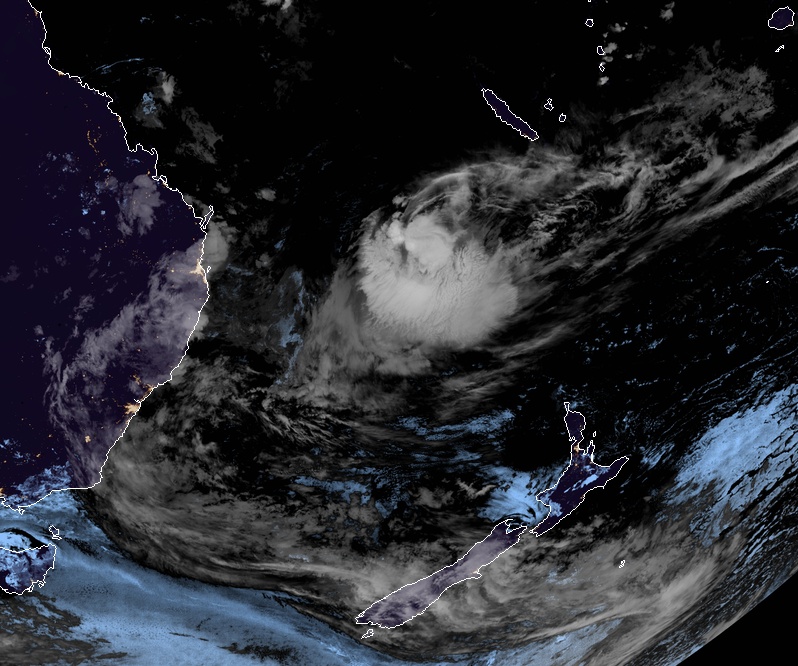 The storm is expected to lose its tropical characteristics on Thursday, February 13, but is still expected to maintain intensity equivalent to a category 2 tropical cyclone and likely cause destructive winds at Lord Howe Island late on Thursday (LT).

Gales with gusts in excess of 100 km/h (62 mph) are expected to develop about Lord Howe Island on Thursday afternoon or early evening (LT).

Destructive winds with gusts in excess of 125 km/h (78 mph) should start to occur about Lord Howe Island during Thursday evening and continue into early Friday (LT) as the Uesi's center passes close to or just to the west of the island.

Heavy rain, which may lead to flash flooding, is expected to develop about Lord Howe Island on Thursday evening and continue overnight.

Damaging surf conditions, with waves exceeding 5 m (16 feet) in the surf zone, are likely to produce significant beach erosion. The sea water level may exceed the highest tide of the year. People living in coastal areas likely to be affected by this flooding should take measures to protect their property as much as possible.

Strong and gusty winds are likely to persist through till Saturday, in the wake of the system moving through on Friday.

A severe weather warning has been issued for severe storms in the Gold Coast and Brisbane, with up to 250 mm (9.8 inches) of rain possible in some areas. Melbourne, Canberra, and Hobart may also experience downpours.

On the weekend, Uesi will lose its cyclone status as it heads towards New Zealand, becoming a deep low by the time it arrives on Saturday, February 15. According to the Met Service, the storm's remnants will deliver heavy rain to parts of the South Island.

Throughout the following week, further heavy rainfall with a chance for showers or thunderstorms are forecast in other parts of the country, said NIWA.

#CycloneUesi may approach the South Island on Sunday-Monday

Some heavy rainfall could occur in the western & lower South Island with an increased chance for showers/thunderstorms in other parts of the country throughout next week. pic.twitter.com/2g64HR8U39