Air pressure over northern Norway dropped below 940 hPa on February 10, 2020, as Storm Ciara impacted much of northern Europe, leading to the cancelation of air traffic over the region for the first time ever due to low pressure. It also resulted in high water levels along the Norwegian coast, with seawaters in Tromso 354 cm (11.5 feet) higher than normal on Tuesday, February 11.

According to the country's meteorological institute, the air pressure across major parts of the region dropped down below 940 hectopascals — a level not safe for flying.

Airline company Wideroe said it has never experienced this kind of weather, in its almost 90-year history.

More than 70 flights were canceled, including almost all flights from and to Bodo, Tromso, and many of the smaller airports across Finmark, affecting more than 2 000 passengers.

Petter Forde, head of the Norwegian Pilots' Association, said he never experienced such big problems in his 38 years as a pilot in three airlines.

"For any airline, safety priority is number one. One does not compromise on flight safety, but it is so incredibly rare for this to happen. I've never experienced it before," he noted.

Extremely low air pressure makes it difficult for pilots to measure the distance between the plane and the ground using the cockpit altimeters. 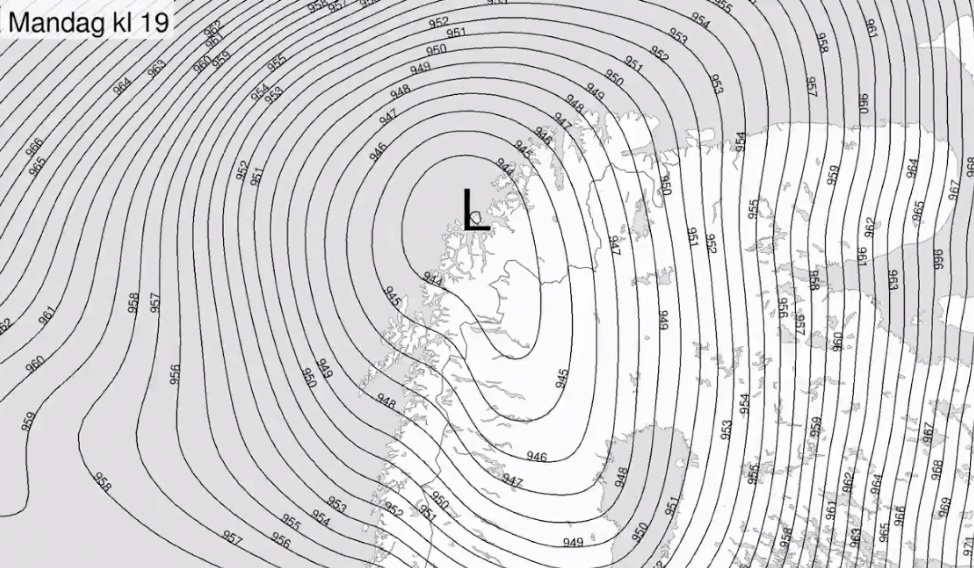 The low pressure also raised water levels along the Norwegian coast. In Tromso, the seawater was 3.5 m (11.5 feet) higher than normal on Tuesday, the meteorological institute said.

According to the agency's forecast, low pressure is still expected particularly in West Finnmark on Wednesday evening, February 12. Thunderstorms are also likely, with most winds predicted around Soroya. Meanwhile, both wind and snow showers are forecast in North Troms.