Tropical Cyclone "Uesi" formed on February 9, 2020, about 340 km (210 miles) west of Sanma, Vanuatu as the 4th named storm of the 2019/20 South Pacific cyclone season. The cyclone is expected to continue strengthening as it moves close to New Caledonia over the next 24 to 48 hours.

"Over the next 24 hours, UESI is strengthening and should pass close to the north of Grande-Terre, from the evening of Tuesday, February 11 to the morning of Wednesday, February 12," Meteo France New Caledonia noted. "It could then be located approximately 130 km (80 miles) west of Bélep."

The cyclonic pre-alert is maintained in the rest of New Caledonia.

The entire population is invited to remain vigilant, exercise caution in view of the deterioration of weather conditions in the next 48 hours, keep themselves informed through official channels and respect the instructions issued by civil security. 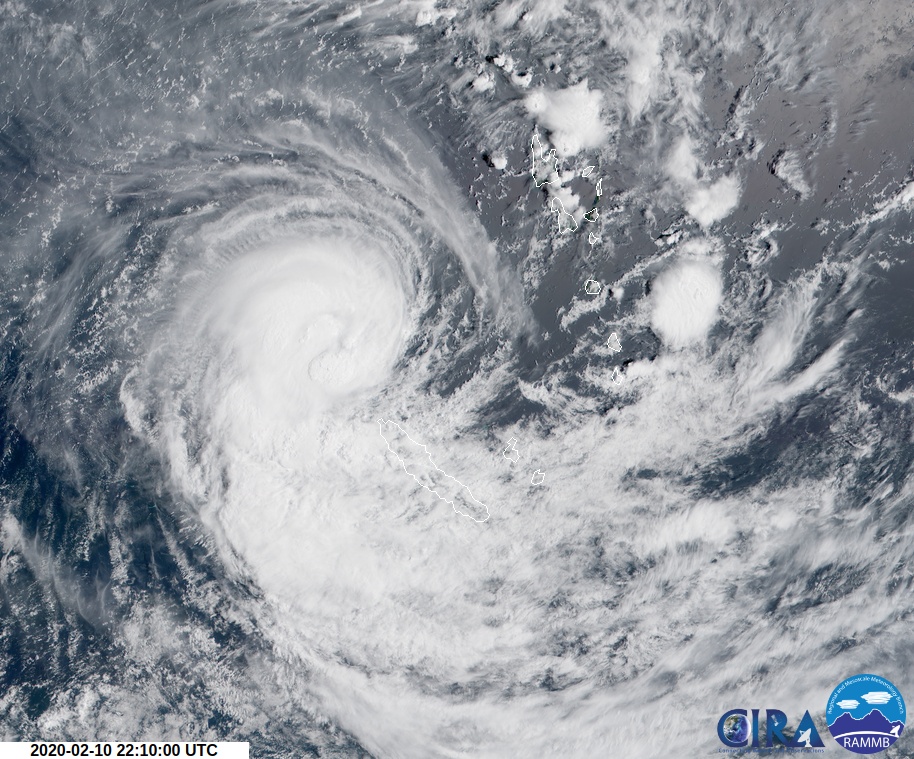 Vertical wind shear will begin to increase after 21:00 UTC on February 11 and the cyclone is expected to start its subtropical transition late February 13, JTWC forecasters noted at 21:00 UTC today.