Mahoran authorities have started planning emergency and safety measures in case of dangerous seismic or volcanic activity near Mayotte due to a newly-discovered underwater volcano, which has been showing continuous activity since 2018.

The seismic swarm found about 5 to 15 km (3 to 9 miles) east of Mayotte is taken very seriously by the government, the Journal of Mayotte said, noting that significant means are being used to study it while eruptions continue to occur 50 km (31 miles) to the east.

Authorities are planning to conduct scientific studies and prepare large-scale prevention actions in the following months. Although seismic activity has decreased in Mayotte, earthquakes were still felt in early January 2020.

"We always measure 25 to 40 earthquakes per day, almost all less than M3.5, " the newspaper stated. Current models estimate that the underwater eruptions continue at a rate of 10 to 50 cubic m (353 to 1 766 cubic feet) of magma per second.

To improve scientific knowledge of the phenomenon, the French State has decided to strengthen the monitoring network. 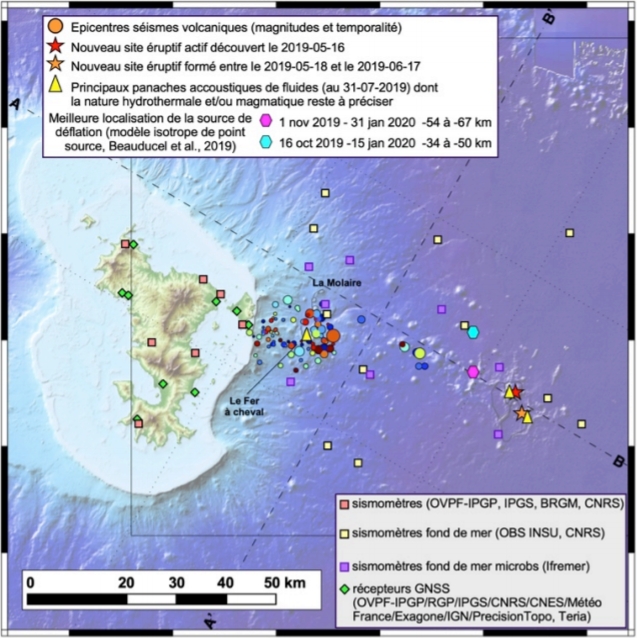 The REVOSIMA monitoring network will be placed between Mayotte, the metropolis, and Reunion. Maritime means are also planned– the Marlon-Dufresne research and supply vessel will be deployed again in late April to early May, while the seabed sensors will be modernized to provide real-time data.

On land, carbon dioxide emissions will be examined to check any development in underground activity.

In addition, civil security is developing an alert scale with scientists to warn the population of any possible hazard. There will also be a program for students to learn the proper safety measures in the event of an alert.

On a larger scale, the prefecture has planned evacuations which will involve schools. Evacuation drills will be conducted starting February 18 and in the following months.

According to REVOSIMA, 128 localized earthquakes were detected from January 16 to 31.