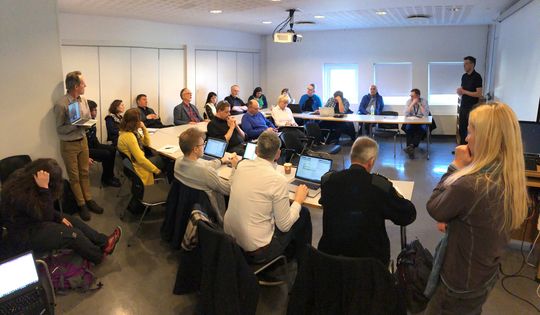 Earthquake activity near Mt. Thorbjorn, Grindavik has decreased over the past 6 days, but small earthquakes are still being detected.

Indications are that the crustal deformation pattern has changed, however, the uplift has slowed down. In total, the uplift is about 5 cm (2 inches) since January 21 when the crisis started.

"It is most likely that this activity will stop without an eruption," IMO said.

Similar volcanic crises in the country suggest that this might be a long-term event, for which changes can occur week after week without the possibility to anticipate with certainty if the activity is resolved, Scientific Advisory Board concluded at the meeting held February 6.

During the meeting, possible scenarios that could be triggered in the event of an eruption have been also considered. In the coming days, it will be assessed whether it is necessary to increase the number of monitoring stations in order to improve the capability to follow the evolution of the events. 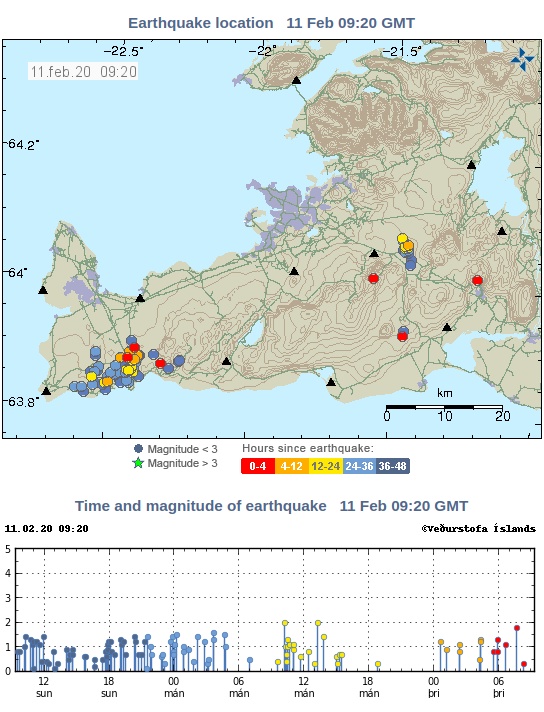 From February 3 to 9, IMO detected around 700 earthquakes, a few hundred less than last week when 1 300 earthquakes were detected.

The largest earthquake detected was M3.7 on February 9, by the Mt. Hengill. People felt the earthquake widley in the southwestern part of Iceland.

Small earthquakes are still being detected close to Grindavik, and around 400 earthquakes were detected there this week.

Around 15 earthquakes were detected in Myrdalsjokull and one in Hekla. 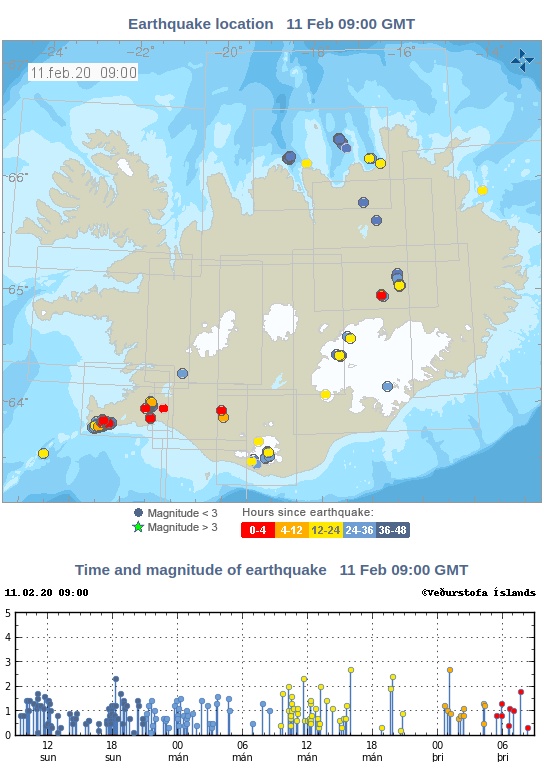