A strong long-period earthquake activity (LP) was registered at a newly-discovered underwater volcano near Mayotte starting at 16:33 UTC on July 31, 2021.

A total of 186 LP earthquakes were recorded in three separate swarms, each associated with a very long-period earthquake (VLP), the Mayotte Volcanological and Seismological Monitoring Network (REVOSIMA) reports.

LP and VLP earthquakes are seismic signals usually associated with resonances and fluid movements (magmatic or hydrothermal) in depth.

"Work is underway to try to better understand these signals," REVOSIMA said.

These earthquakes have low magnitudes and have not been felt by the population. 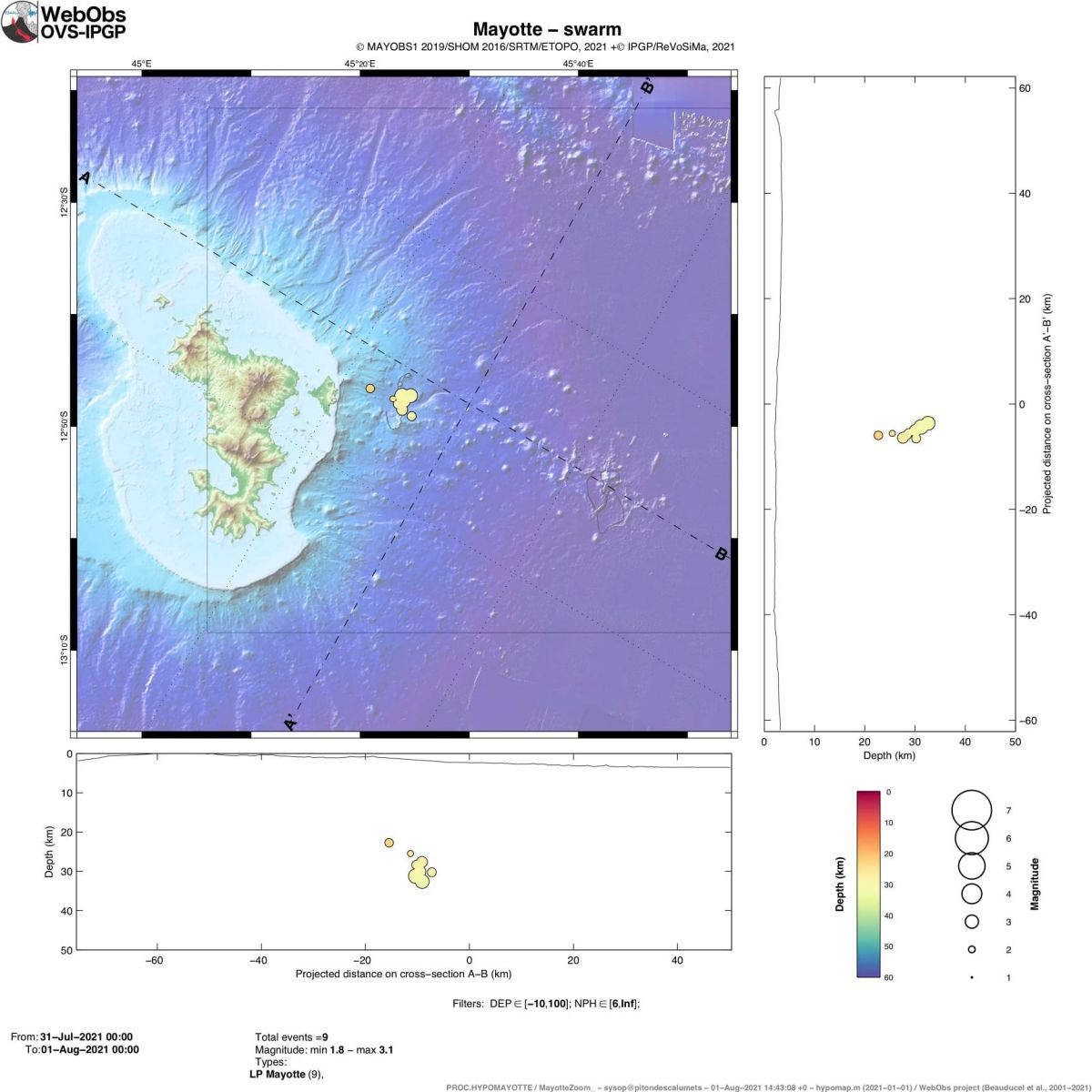 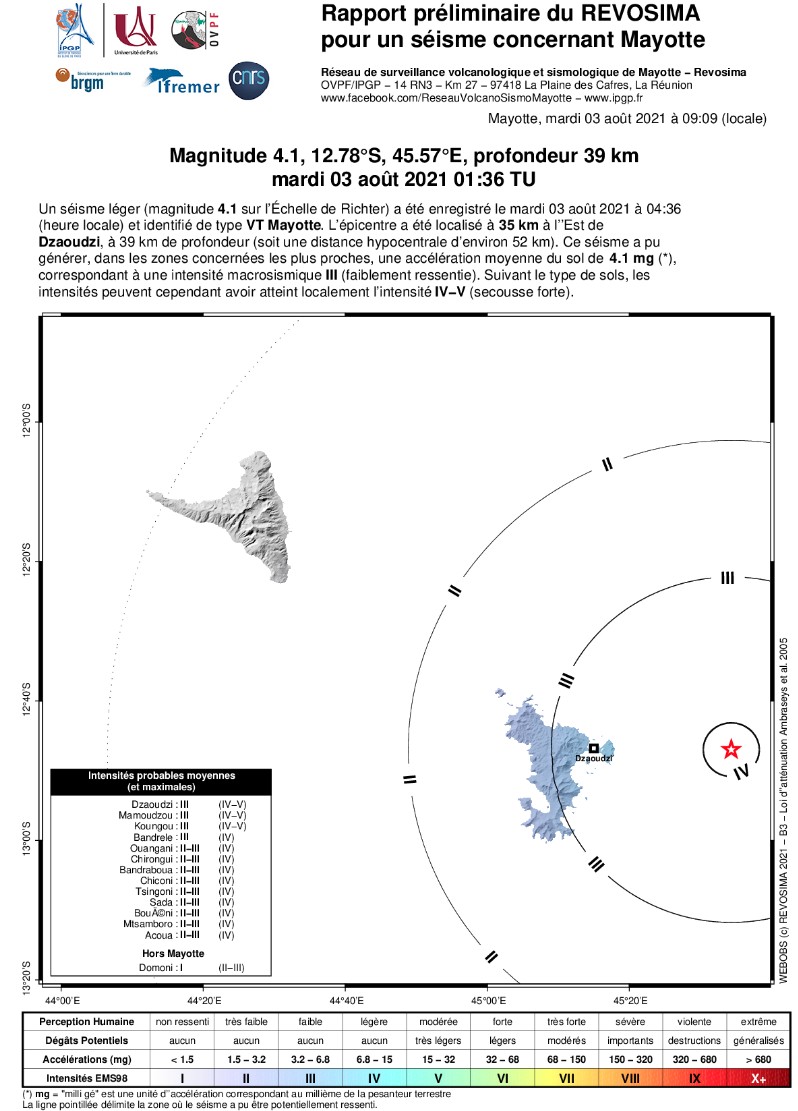 REVOSIMA recorded a total of 648 earthquakes during the month of July – 374 volcano-tectonic earthquakes (VT), 265 LP and 9 VLP earthquakes. 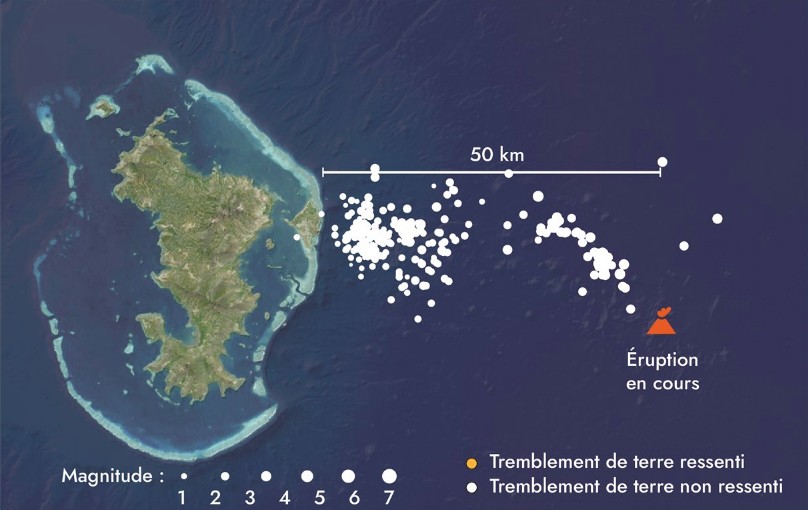 Since the end of 2020, deformations have become negligible. 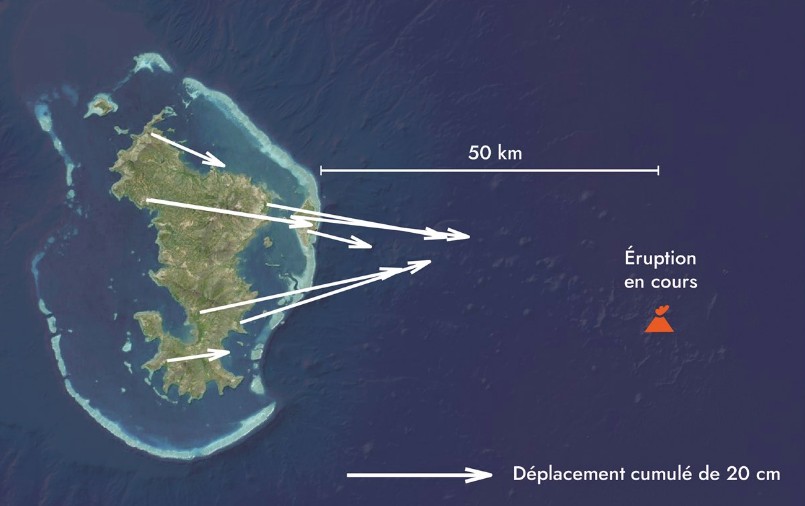