New maritime campaigns carried out last month off the coast of Mayotte acquired new readings of the seabed over an area of approximately 1 500 km2 (580 mi2) east of the island. The goal was to better understand the seismo-volcanic crisis affecting Mayotte since May 2018 by creating new bathymetric maps of the area.

The island of Mayotte is facing an unprecedented seismo-volcanic crisis since May 10, 2018, with several thousand earthquakes recorded and hundreds felt by the population. The largest earthquake recorded to date is M5.9 on May 15, 2018.

Preliminary deformation models suggest that the source of this phenomenon is deflation of a very large, deep pocket of magma east of the island. 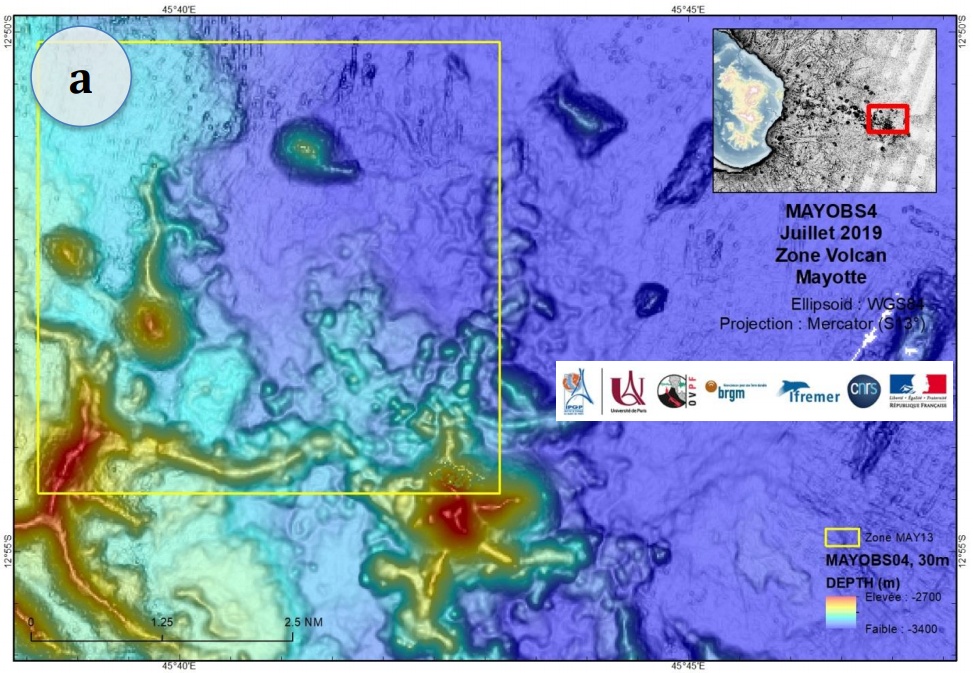 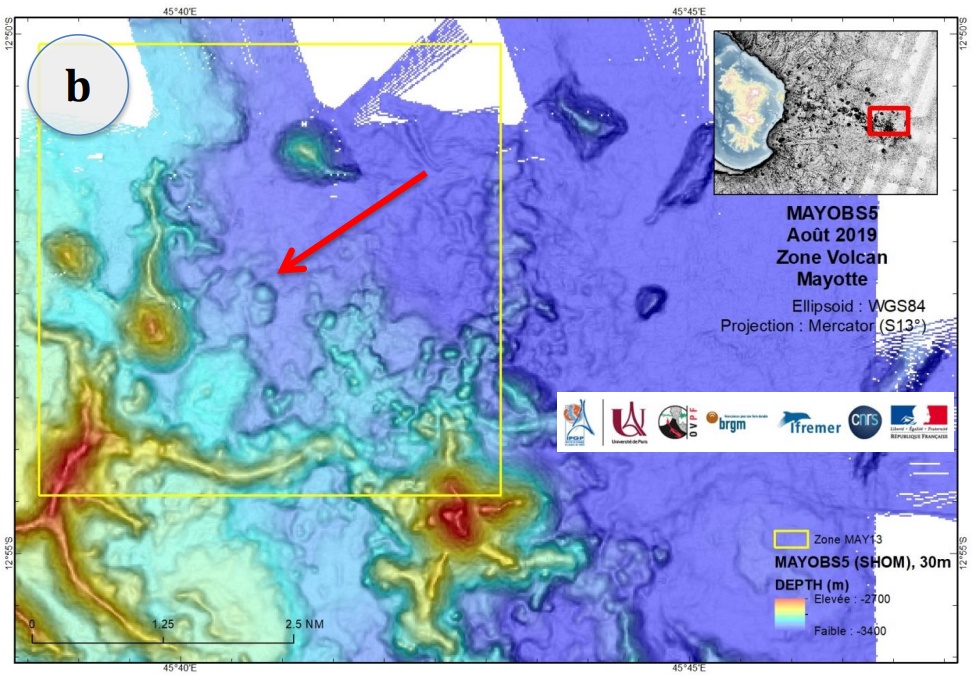 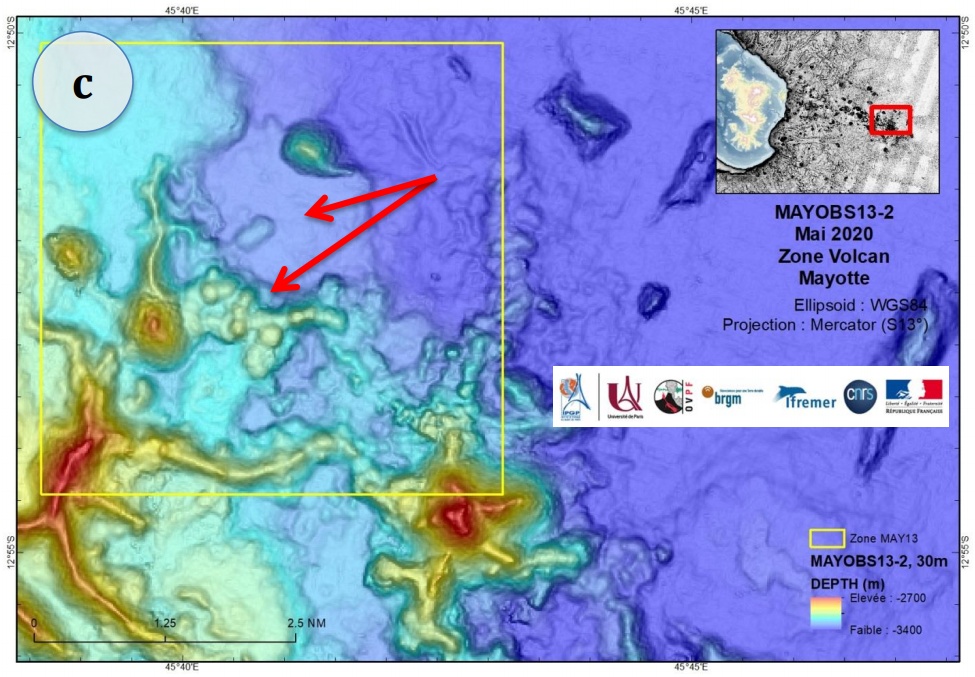 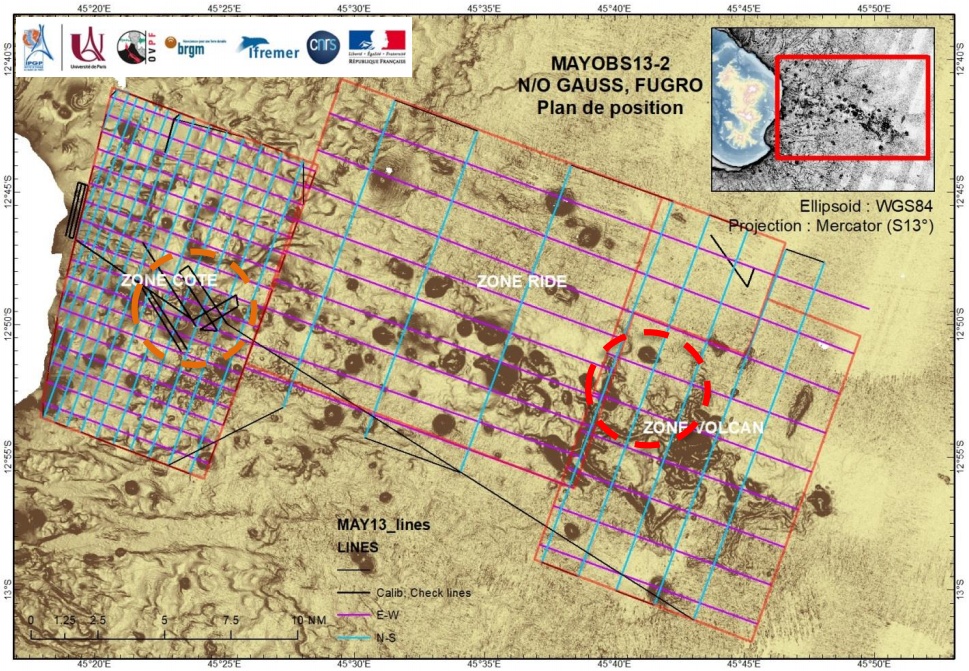 Preliminary results of the MAYOBS13 campaign of May 2020 show that the morphology of the volcano discovered in May 2019 has not shown any major changes since August 2019.

However, the relief of the seabed of this entire area (known as the volcano area) has changed over an area of ​​approximately 5 km2 (1.9 mi2) to the northwest of the volcano. The change is possibly a result of new magmatic flows, whose thickness, extent and volume are still being evaluated. They show the persistence of volcanic activity as well as the identification of two new plumes of hot fluids at a depth of 1 400 m (4 600 feet) deep above the ongoing earthquake swarm. 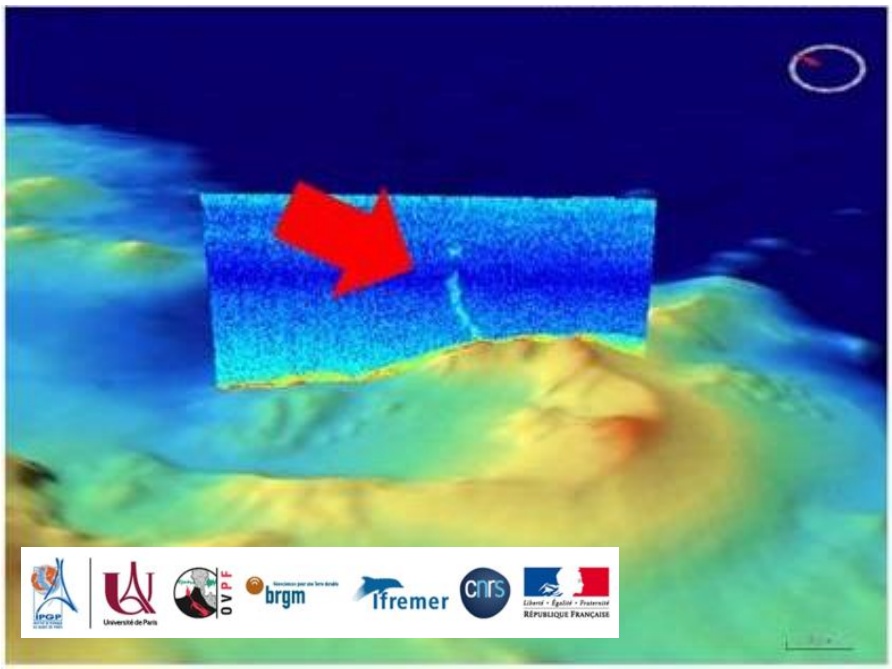 These observations were supplemented by a second campaign carried out from May 6 to 19, 2020, aboard the French Navy support and assistance vessel Champlain.

The data from the seabed seismometers that were recovered during this cruise are essential to refine our knowledge of seismic phenomena, the monitoring of which is continuously ensured by networks of on-shore seismographs, BRGM said in a press release.

The data collected will be processed and made public at the end of June. In addition, refurbished seismometers were immersed for a new series of measurements of around 6 months.