Nearly 900 earthquakes were detected at the new submarine volcano near Mayotte between February 16 and 29, 2020, according to the latest REVOSIMA report. French geological survey BRGM noted that there were 138 localized tremors with an average of 10 per day during the two-week period.

Although the LP signals have been observed since the start of the crisis, they have not yet been classified. This new category has been implemented after the improvement of the representation of seismic signals. The majority of such tremors occurred in swarms lasting few tens of minutes and were usually associated with VLP signals — usually associated in the literature with resonances and fluid movements (magmatic or hydrothermal).

The surface movements measured by Mayotte GPS indicate that there has been a shift of GPS stations to the east of about 20 to 22 cm (7.9 to 8.7 inches) and subsidence of around 9 to 17 cm (3.5 to 6.7 inches), depending on their location on the island. Movement slowdown is observed since April – May 2019; the crisis started in May 2018.

Additional human resources have been dedicated to seismic analysis, which enabled the detection of earthquakes with smaller magnitudes (less than 1.5), explaining the increase in the total number of earthquakes compared to previous months.

Last month, Mahoran authorities started planning emergency and safety measures in the event of a dangerous seismic or volcanic activity. 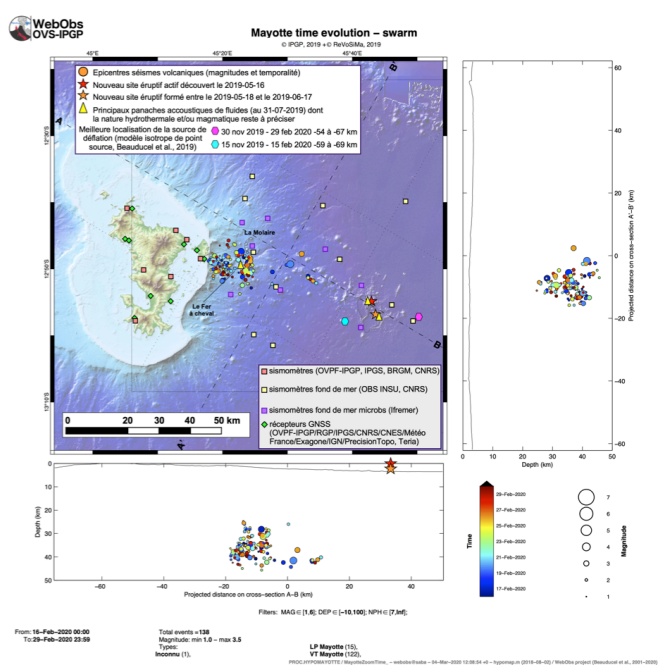 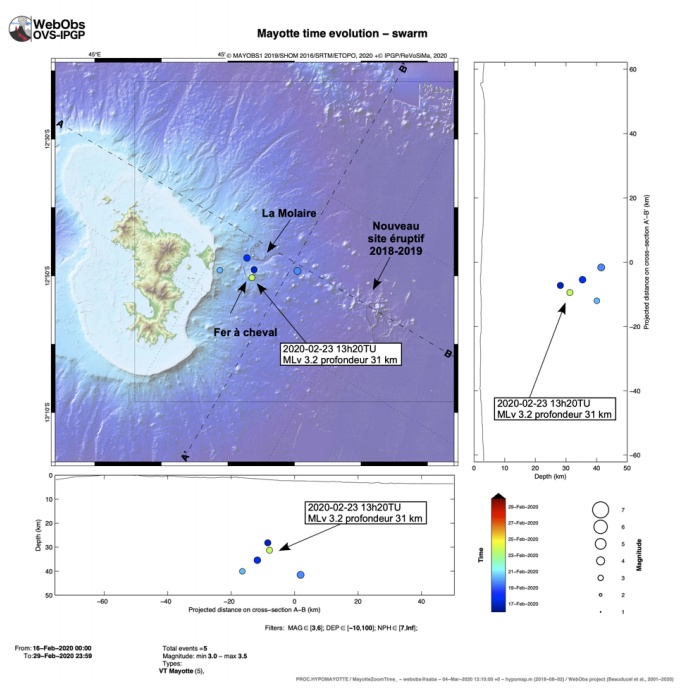 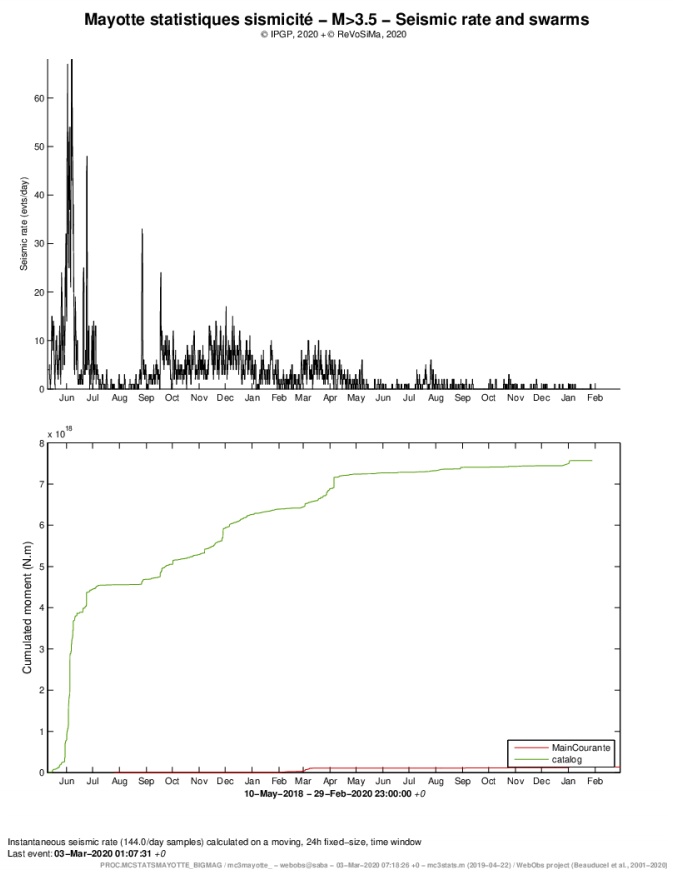 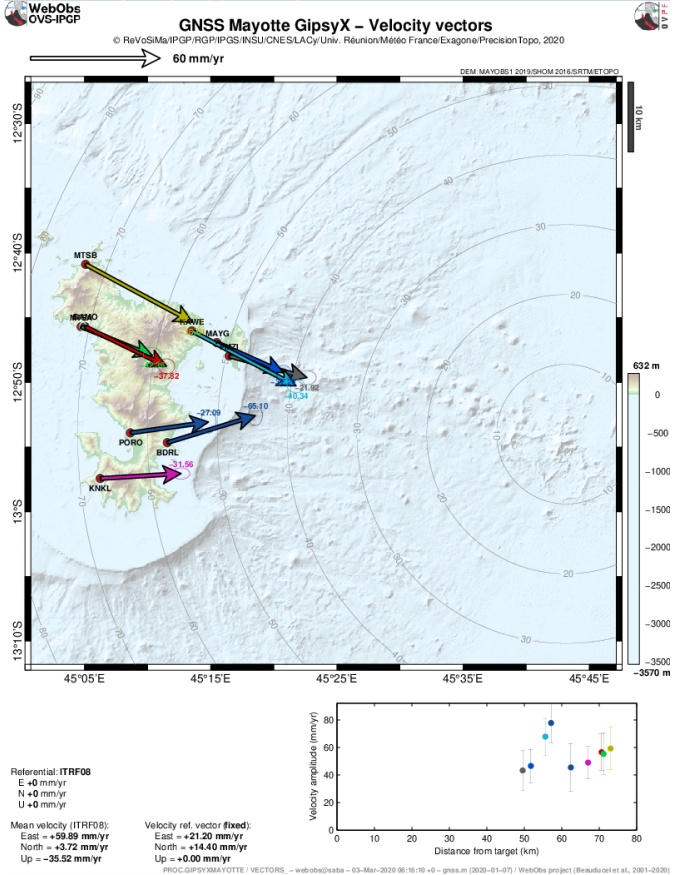