New lava flows have been observed at a newly-formed submarine volcano near Mayotte during MAYOBS 15 mission from October 1 to 26, 2020. The flow extends over 6 square km (2 square miles) and is up to 60 m (197 feet) thick. 20 to 30 earthquakes also occur near the area per day as seismic activity continues for the third year in a row now. Since May 2018, when the crisis started, several thousand earthquakes have been recorded and hundreds have been felt by the population.

"The volcano is still active," said Charlotte Mucig, director of the BRGM in Mayotte. "Two earthquake swarms are constantly observed. There are 20 to 30 earthquakes per day, which are not felt by the population."

On the primary seismic swarm closest to Mayotte, the acoustic plumes observed during past missions from the area called Fer a Cheval (Horshoe) are still present, 10 km (6 miles) east. A new plume was observed in the same place and on October 30, six plumes have been recorded.

The mission also collected sediment samples by coring in the area near Petite-Terre to find out the nature of the sediments and to specify the chronology of past geological events. 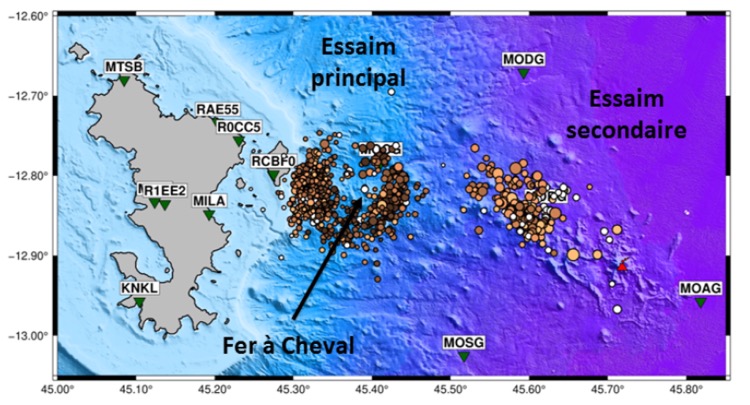 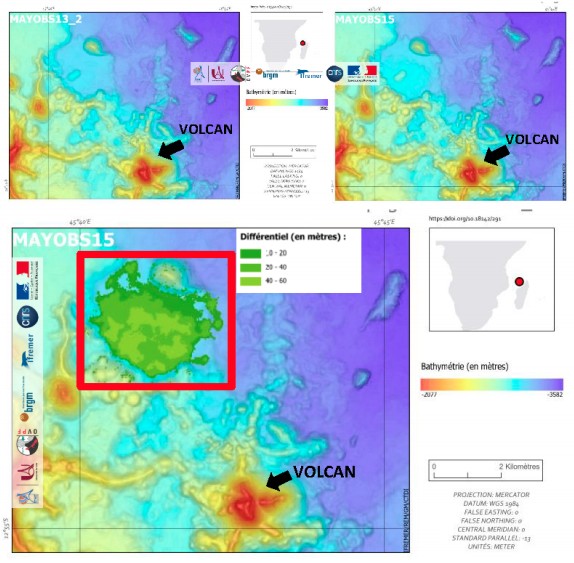 The island of Mayotte has been facing an unprecedented seismo-volcanic crisis since May 10, 2018, with thousands of earthquakes recorded and hundreds felt by the population ever since.

Earlier this year, authorities have planned preparations and emergency measures in case of dangerous seismic or volcanic activity near Mayotte.