Tropical Cyclone "Belna" formed December 5, 2019, as the second named storm of the 2019/20 Southwest Indian Ocean tropical season. The cyclone is intensifying and is expected to reach intense tropical cyclone status before making landfall over Madagascar.

Inhabitants of the outer islands of Seychelles (Farquhar, Aldabra), east of Comoros, Mayotte then of the northern coast of Madagascar should closely monitor the progress of this system, Meteo France warns.

Increase in rainfall activity west of Seychelles, highlighting Belna's potential development started appearing in Meteo France's daily bulletins on November 25. "Aided by the passage of a Kelvin wave and a favorable window in the Madden–Julian oscillation, a broad trough of low pressure began to take shape within the storm activity, extending across the equator."

The disturbance become a tropical depression on December 5 and was named Belna at 18:00 UTC that day.

Météo Madagascar issued green alerts for the Madagascan districts of Diana, Sava, and Sofia on December 4 based on a high probability of Belna impacting northeastern Madagascar. Accordingly, cyclone response measures were activated by the National Office for Risk and Disaster Management and humanitarian organizations across northern Madagascar.

A cyclone pre-alert was issued for Mayotte on December 6. 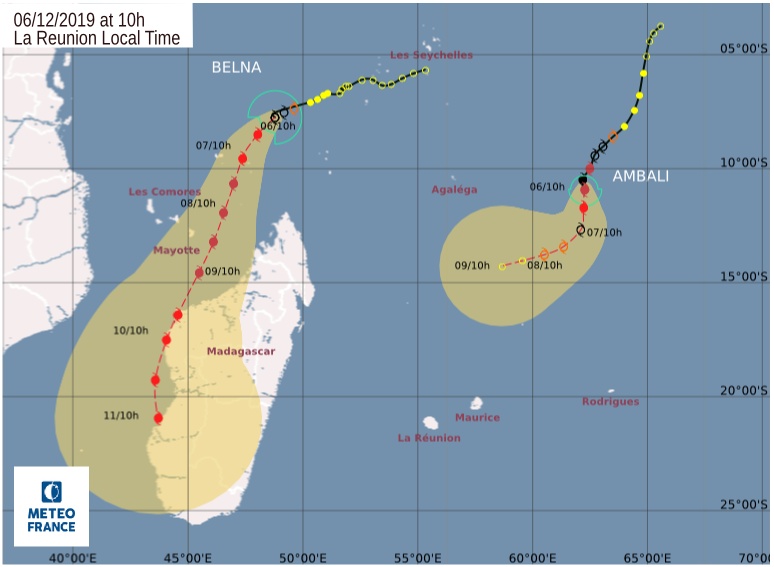 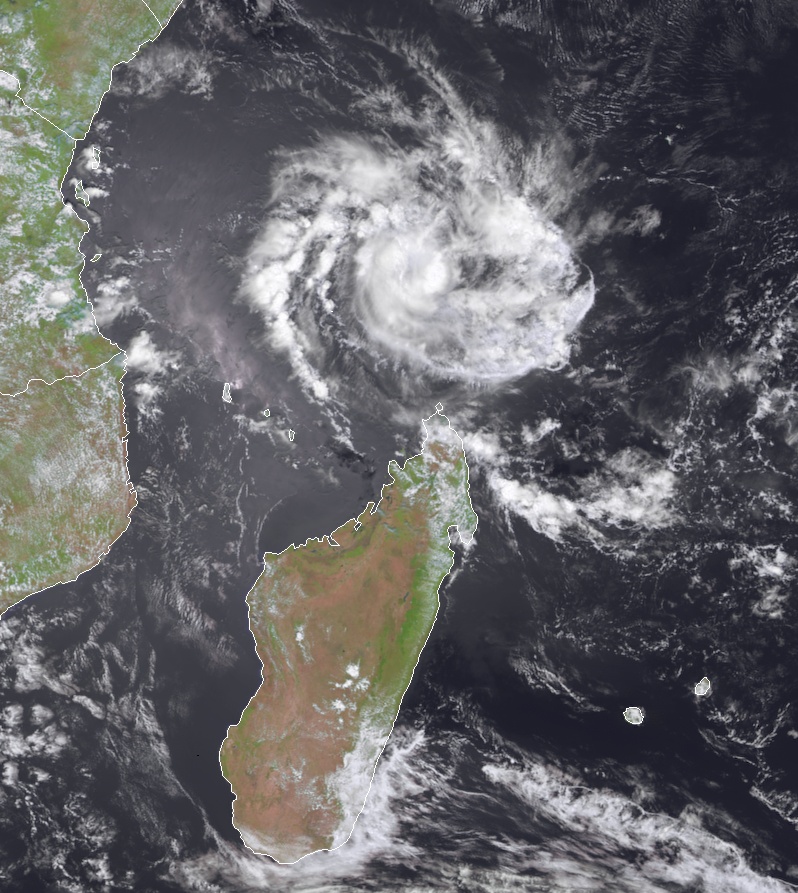 Meteo France noted WSW movement at a speed of 10 km/h (6 mph) and central pressure of 985 hPa.

"Environmental conditions remain rather conducive for gradual then rapid development in the next hours. Warm waters, excellent upper divergence and the decay of the moderate south-easterly vertical wind shear are likely to help Belna reach intense tropical cyclone status. At long range, uncertainty on the intensity forecast is important due to potential eyewall replacement cycles and the likely landfall on Madagascar."

Inhabitants of the outer islands of Seychelles (Farquhar, Aldabra), east of Comoros, Mayotte then of the northern coast of Madagascar should closely monitor the progress of this system, Meteo France meteorologists said. 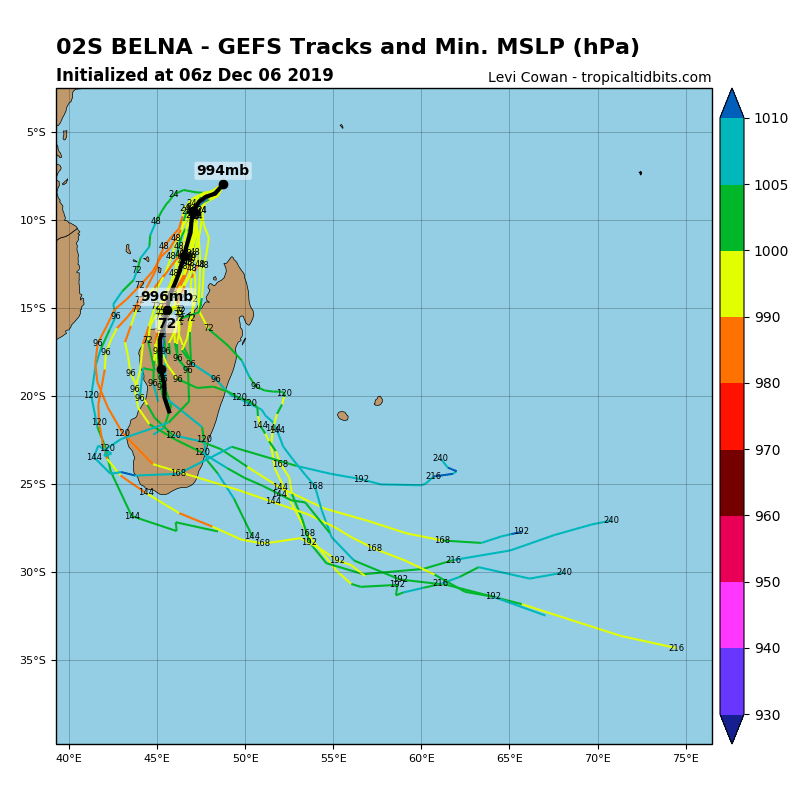 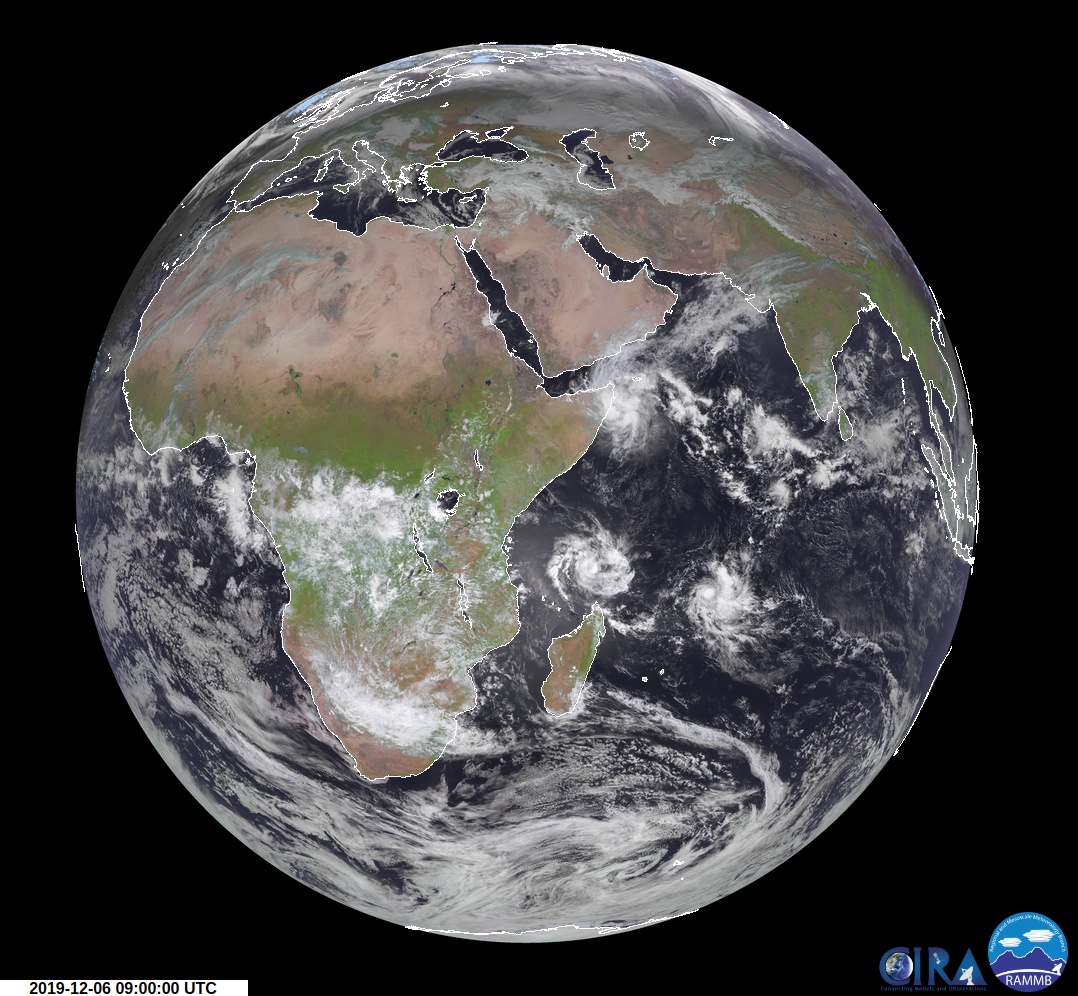 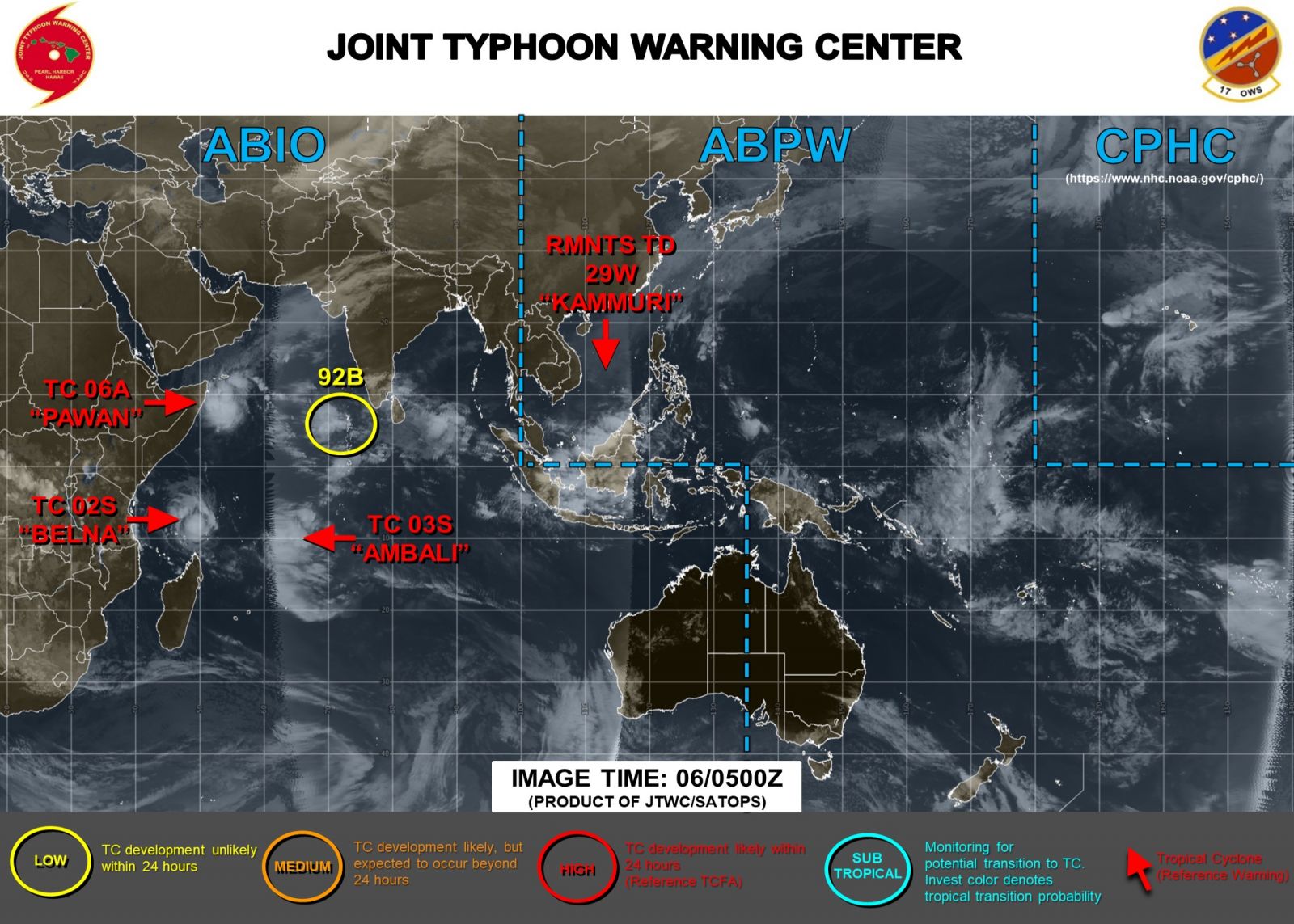