Hurricane "Irma" changed its projected path and its latest forecast track takes it over or very near the coast of northern Cuba. On the current forecast track, Irma will start moving away from Cuba around 18:00 UTC on Saturday, September 9 and make a turn toward Florida. Hurricane conditions are already spreading westward over portions of Cuba and the central Bahamas. Hurricane Warnings are extended northward along the Florida Peninsula.

After devastating everything in its path, Category 4 Hurricane "Irma" is now passing just north of eastern Cuba and, according to the latest forecast track, its deadly center is expected to pass directly over or very near the Jardines del Rey archipelago in northern Cuba.

Landfall is possible over the Cayo Romano island, in the province of Camagüey, before 12:00 UTC on Saturday, September 9. If it stays on this course, Irma will pass through the island of Cayo Coco, known for its all-inclusive resorts, and continue toward Cayo Santa Maria, Cayo Fragoso, and Cayos del Pajonal before making a turn toward Florida, United States, late Saturday (UTC) and early Sunday, September 10.

Irma is moving west at 19 km/h (12 mph) with a minimum central pressure of 925 hPa and is expected to be near the Florida Keys and the southern Florida Peninsula Sunday morning (EDT).

Some fluctuations in intensity are likely to continue during the next day or two, and Irma is expected to remain a powerful Category 4 hurricane as it approaches Florida. 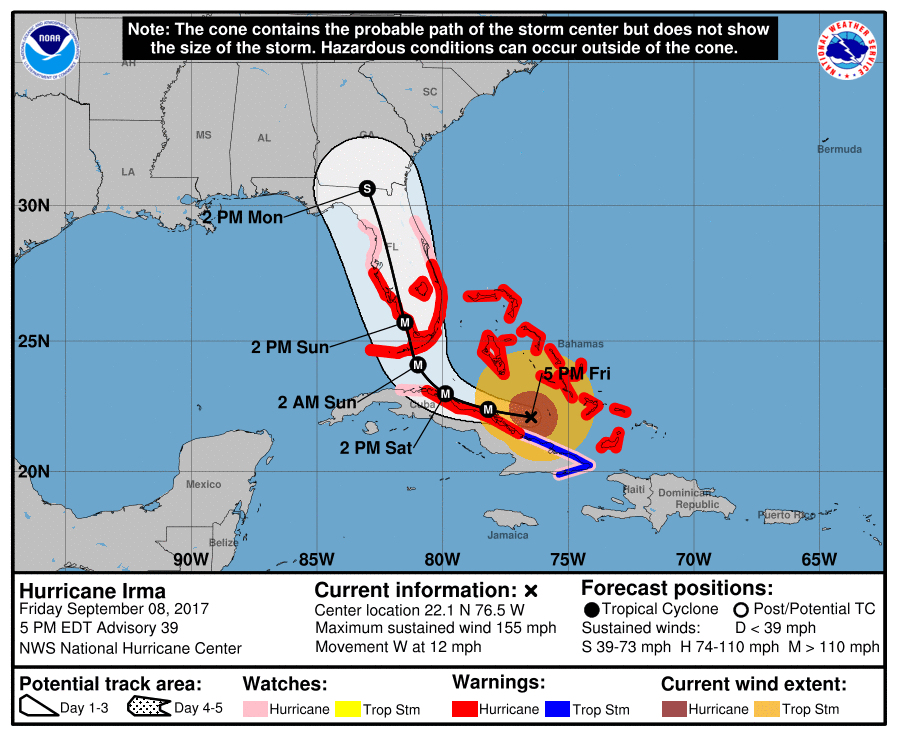 A Storm Surge Warning means there is a danger of life-threatening inundation, from rising water moving inland from the coastline, during the next 36 hours in the indicated locations.  This is a life-threatening situation. Persons located within these areas should take all necessary actions to protect life and property from rising water and the potential for other dangerous conditions. Promptly follow evacuation and other instructions from local officials.

A Storm Surge Watch means there is a possibility of life-threatening inundation, from rising water moving inland from the coastline, in the indicated locations during the next 48 hours.

A Hurricane Warning means that hurricane conditions are expected somewhere within the warning area.  Preparations to protect life and property should be rushed to completion.

A Hurricane Watch means that hurricane conditions are possible within the watch area.  A watch is typically issued 48 hours before the anticipated first occurrence of tropical-storm-force winds, conditions that make outside preparations difficult or dangerous. 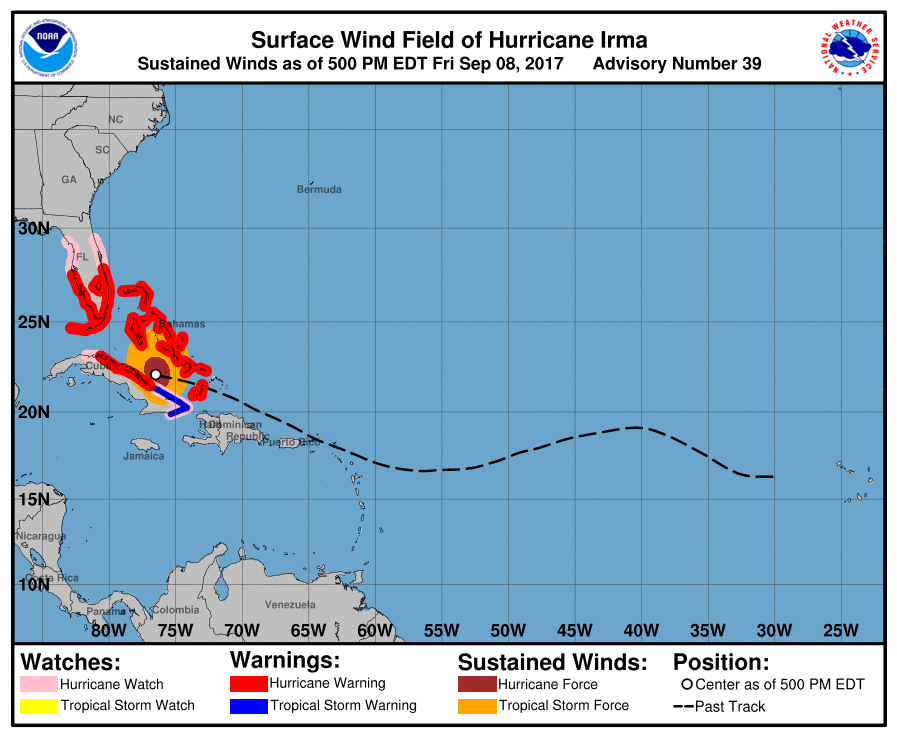 The combination of a dangerous storm surge and the tide will cause normally dry areas near the coast to be flooded by rising waters moving inland from the shoreline.  The water is expected to reach the following HEIGHTS ABOVE GROUND if the peak surge occurs at the time of high tide:

The combination of a life-threatening storm surge and large breaking waves will raise water levels ABOVE NORMAL TIDE LEVELS by the following amounts within the hurricane warning area near and to the north of the center of Irma. Near the coast, the surge will be accompanied by large and destructive waves.

Hurricane conditions are possible within the watch area in central and north Florida by Sunday, with tropical storm conditions possible by late Saturday. 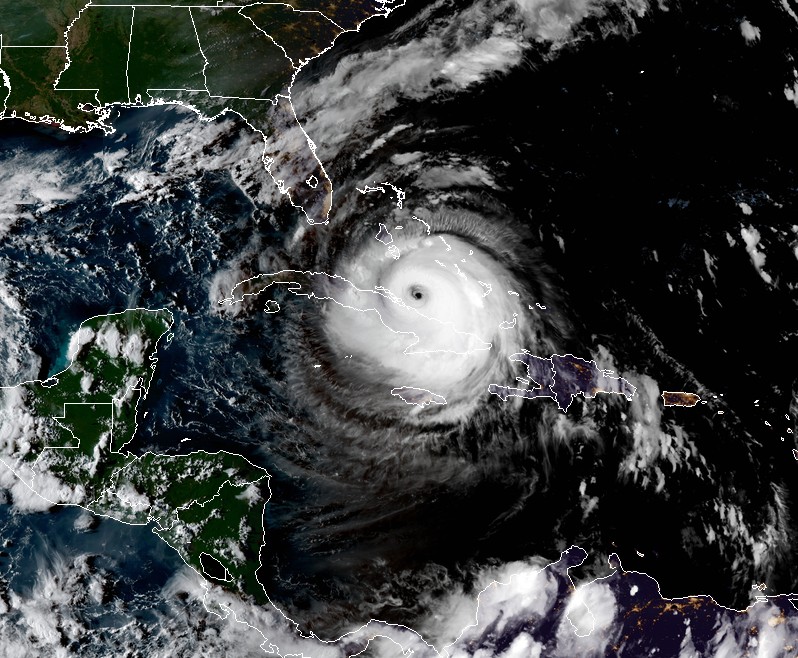 Irma is expected to produce the following rain accumulations through Tuesday night:

In all areas this rainfall may cause life-threatening flash floods and, in some areas, mudslides.

A few tornadoes will be possible beginning Saturday morning across south Florida.

Swells generated by Irma are affecting the southeastern Bahamas, the Turks and Caicos Islands, the northern coast of the Dominican Republic, and should start affecting portions of the southeast coast of the United States tonight. These swells are likely to cause life-threatening surf and rip current conditions.