Recent series of strong earthquakes in central Italy has prompted the scientists to examine whether the seismicity of the region has increased. Several studies, conducted over the last couple of years, indicate the active parts of the fault may still trigger strong earthquakes in the years to come.

The experts from the Italian Institute for Electromagnetic Sensing of the Environment have combined radar images from a Copernicus Sentinel-1B, collected on October 26, and from Sentinel-1A, to study ground deformations.

The analysis revealed the deformations are extending across approximately 130 km2 (46 mi2) , with a maximum displacement of 70 cm (2.3 feet9, visible in the satellite direction, in the Castelluccio region. 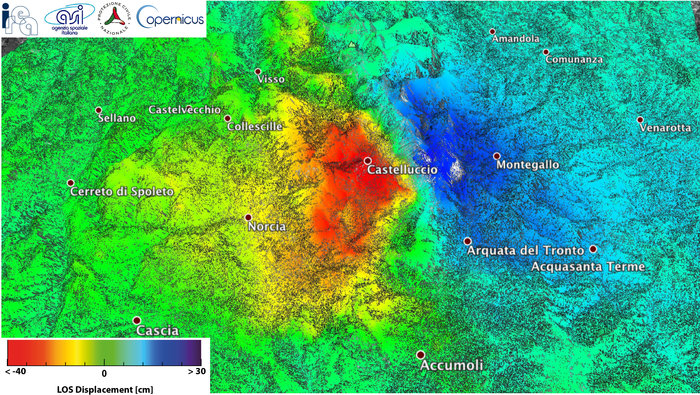 The earthquake was only the latest in a series of tremors. Two tremors, only several hours apart, occurred on October 26, causing widespread damage.

A severe M6.2 earthquake of August 24, killed over 300 people and caused massive damage, the worst affected regions being Accumoli, Amatrice, Posta, and Arquata del Tronto. It caused a $4.5 billion of damage, and 1 400 people are residing in temporary accommodation to this day.

These events show that Italy is highly susceptible to seismic activity, which is due to its location between the Eurasian and African tectonic plates. The devastating August 2016 earthquake has risen the question if the seismic activity in the region increased. The Amatrice region is historically known for its seismic activity, and numerous studies conducted over the recent years have suggested such an earthquake was on its way, given the relatively calm period beforehand.

Following the earthquake, experts are wondering if the recent events have increased the probability of future earthquakes of this magnitude, and how the Amatrice tremor reflected on the seismic hazard in the region.

The epicenter of the Amatrice quake was situated along one of the Apennine faults, in an area of high seismic hazard. According to a study from 2015, such an event had a 1% occurrence chance in a period of one year with a recurrence interval of 100 years. Recorded ground motions suggested the event was expected, despite the low probability of occurrence.

Two other earthquakes, the Umbria 1997 and L'Aquila 2009 also prompted scientific studies along the Apennines. According to the research, the post-event stress factor may have triggered the reactivation of the fault in the area, which would increase the probability of future earthquakes in the region. According to some experts, the August 2016 tremor may have "filled the gap" between the two previous quakes. 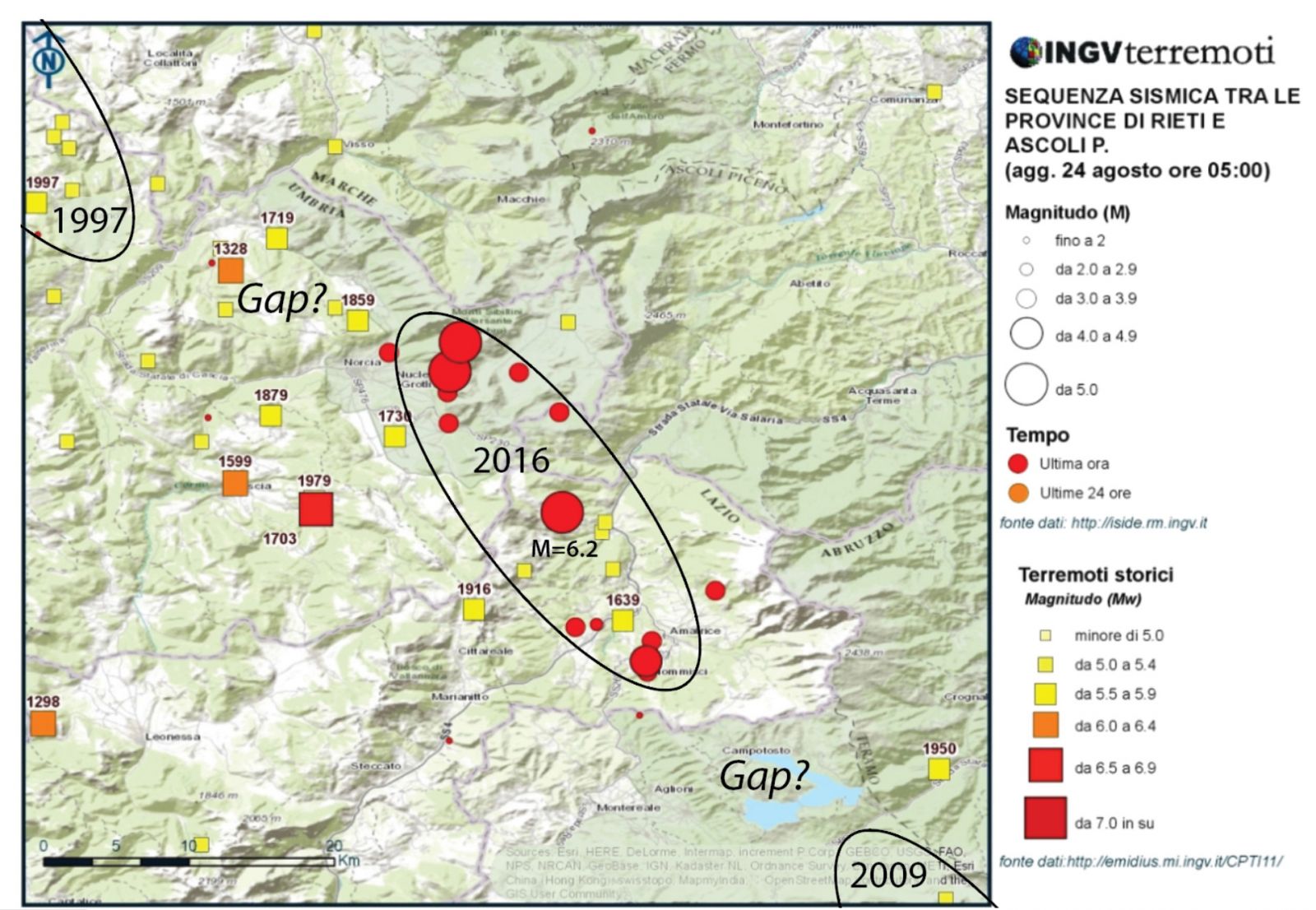 Other studies have focused on the interaction between faults and the transfer of seismic stress, which occurs after an earthquake. The research from 2012 has distinguished between the relieved areas and those subject to stress increase, which also increase the seismic hazard and the likelihood of future earthquakes.

The study showed the L'Aquial earthquake was followed by a marginal stress increase in the recently ruptured fault. The rising conclusion suggests the L'Aquila earthquake has likely induced the fault activation which then caused the earthquake of August 24, 2016. 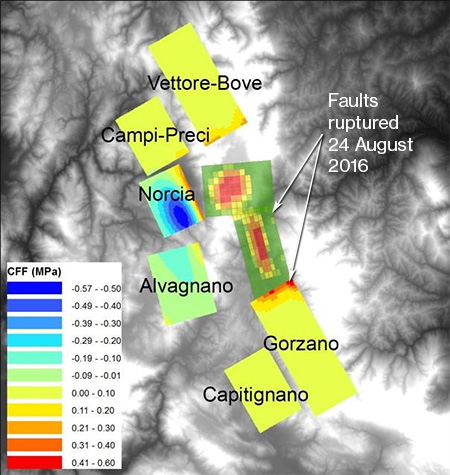 Distribution of the seismic stress transferred by the rupture of the fault(s) along adjacent faults. Image credit: INGV and Gruppo Emergeo

A new study, conducted in 2016, shows the potential for another event in the area, although not necessarily imminent. The fault that was ruptured between the 1997 and 2009 earthquakes is probably not completely filled by the recent series of earthquakes, and the adjacent faults may also become active in the future. The unruptured fault segments are located at a depth of about 20 km and could cause an M6.0 earthquake. The parts of the fault are historically active and have been known to cause moderate to large earthquakes.

Another important fact is that the last earthquake of large magnitude in the fault zone northwest of the 2016 rupture, happened in 1859. It is, therefore, likely another strong earthquake, around M6.0, will occur in that fault segment over the coming years.