According to local media reports, at least 28 people were injured of which 10 were taken to a hospital. All of them have light injuries caused by falling debris.

An 80-year old man had to be rescued from his come in the village of Fleri, the police said.

The quake also damaged a local church and other old buildings.

Panic quickly spread throughout the region and many residents ran out into the street. 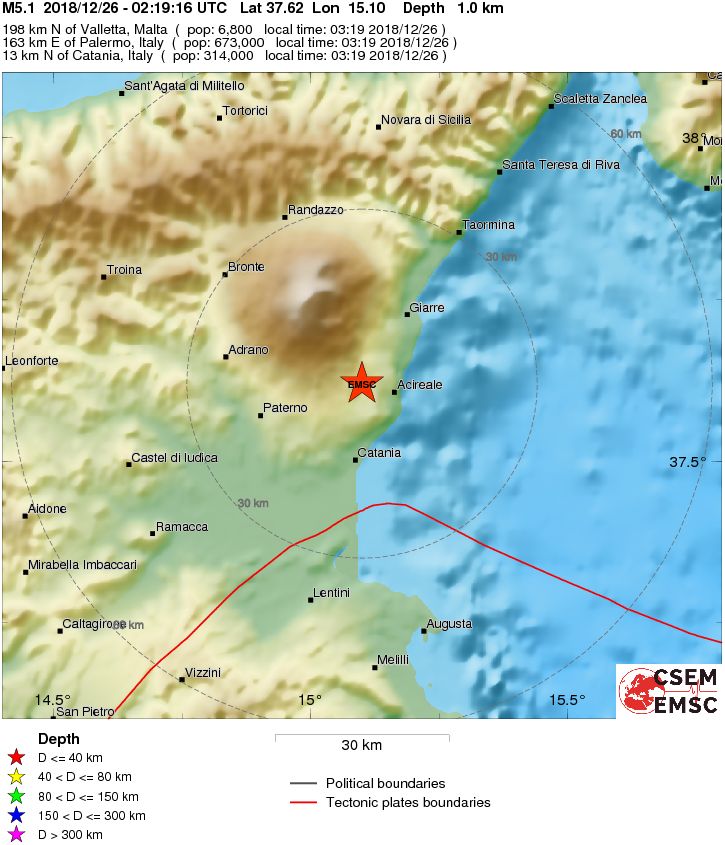 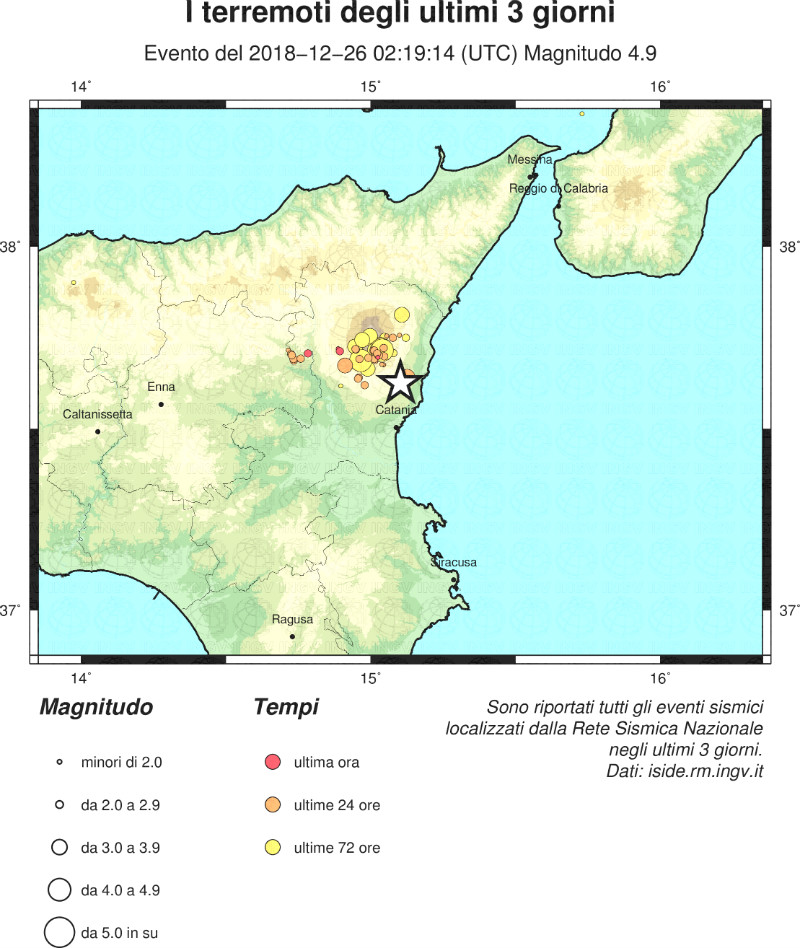 This is the strongest quake to hit the volcano since intense earthquake swarm began at 07:50 UTC on Monday, December 24 with more than 130 earthquakes in the first three hours.

Monday's seismic activity was accompanied by a gradual increase in the degassing from the summit, initially with sporadic ash emissions emitted by the Bocca Nuova and the NE Crater which culminated at about 11:00 UTC with increased explosive activity and a continuous dense plume of dark ash.

These events led to a new flank eruption at the volcano, the first in nearly 11 years.

According to the Toulouse VAAC, volcanic ash cloud rose up to 5.5 km (18 000 feet) above sea level. The Aviation Color Code was raised to Red.

INGV volcanologist Marco Neri said that the recent seismic activity caused by the ongoing eruption is not unusual but potentially dangerous.

"We cannot exclude fractures at a low level. This strong seismic activity is worrying. It reminds me of the eruption in 1984 that killed one man," Eugenio Privitera, director of INGV in Catania, said.

"Tremors during eruptions are pretty normal here. What is unusual is the level of magnitude triggered by Etna. I have no memory of such intensity. It was scary," Gaetano Maenza, a member of the Italian professional association of nature and interpretive guide, who lives just a few km from the volcano, told the Guardian.

INGV's Boris Behncke said there are rumors spreading out that a much stronger quake is imminent. "Earthquakes can't be predicted," he said. "It can only be said that other shocks of similar magnitude cannot be completely ruled out."