Australian officials have issue red alert warnings as Severe Tropical Cyclone "Christine" moved toward the Western Australian coast of Pilbara with winds of up to 200 km/h today.

Christine is expected to bring massive storm surges of up to five meters, flooding, rain and destructive winds.

A RED ALERT is current for people in or near the coastal areas between Pardoo and Mardie and extending inland to Tom Price and Paraburdoo. This includes Port Hedland, South Hedland, Whim Creek, Roebourne, Point Samson, Wickham, Karratha and Dampier.

A YELLOW ALERT is current for people in or near the inland communities of Marble Bar and Pannawonica.   ​​

At the time of the writing of this article (14:10 UTC) the eye of Christine has just made landfall:

At 14:03 UTC (22:03 WST, local time) officials said that the very destructive inner core of Severe Tropical Cyclone Christine was on the coast between Port Hedland and Karratha. The system is moving away from Port Hedland and winds there are slowly easing. In the Karratha area winds are intensifying as Christine comes closer. Christine is expected to continue on a south southwest track and the center is likely to cross the coast between Whim Creek and Karratha during the next four hours.

The authorities have ordered the residents of affected areas to stay at home and take all necessary precautions.

"You need to go to shelter immediately and stay indoors away from windows and doors," the Department of Fire and Emergency Services announced.

"We could see wind gusts in excess of 130 km/h being generated, and then right around the core as it crosses the coast we could see winds even stronger than that, perhaps as strong as 200 km/h or even greater than that," said Neil Bennett, an official with Australia’s Bureau of Meteorology.

"This is a very powerful system and one that needs to be treated with a great deal of caution," the official warned. 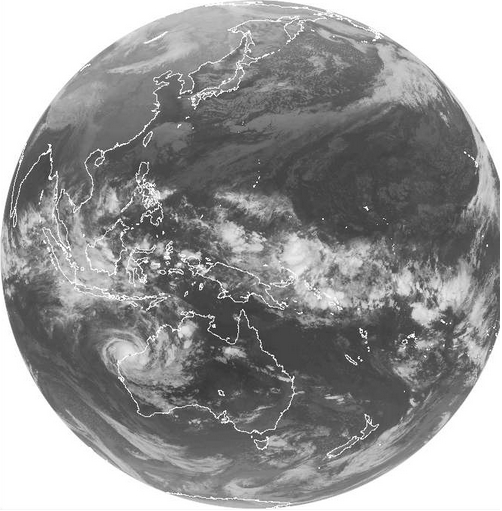 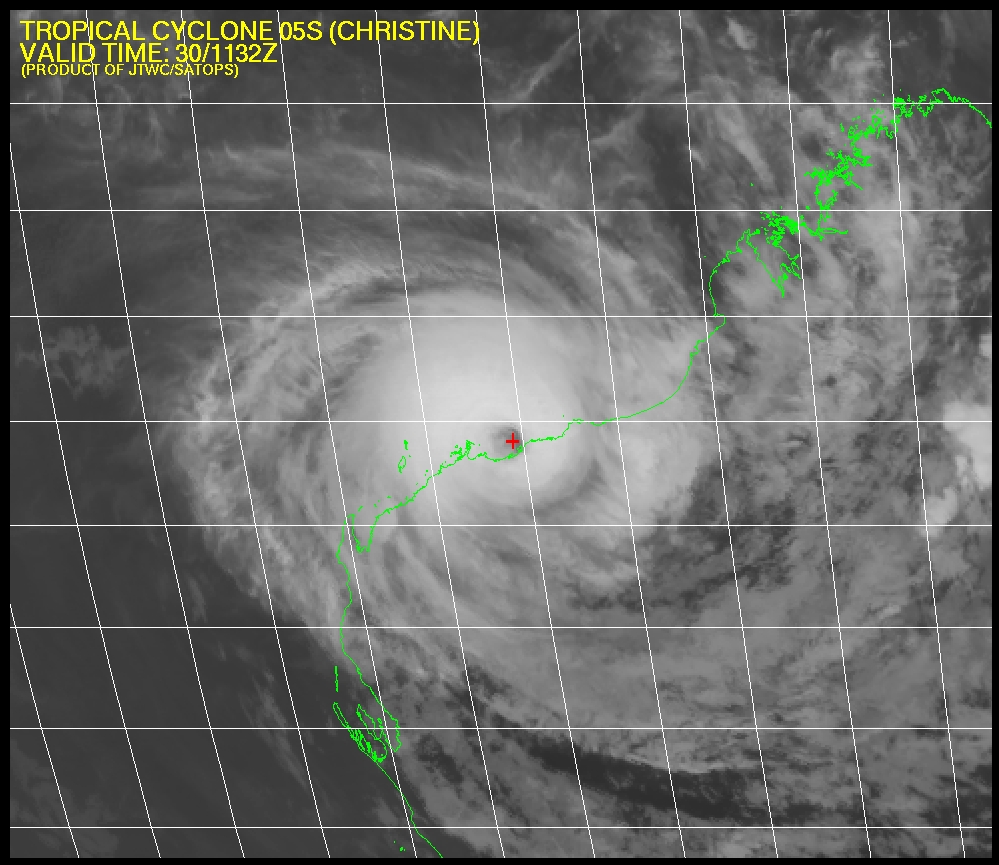 ​According to latest JTWC warning, remnants of TC "Christine" will accelerate southeastward after landfall and rapidly erode then dissipate by TAU 36 due to land interaction.