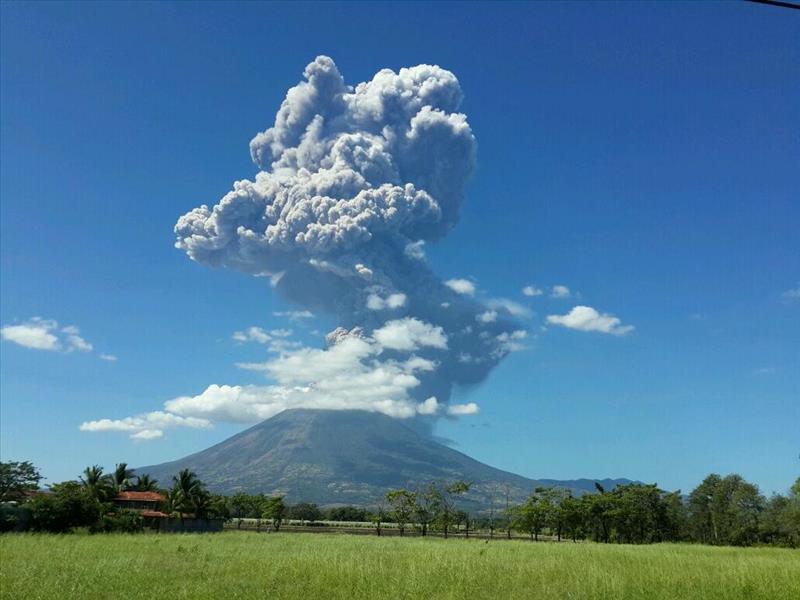 After 11 sleepy years, San Miguel volcano (Chaparrastique) in El Salvador experienced a strong eruption on December 29, 2013 at 16:50 UTC (10:50 am local time). Eruption column was estimated rising up to 9 km (29 500 feet) and civil alert status for the area around the volcano was raised to yellow.

According to local press, ashfall was expected in the town of Chinameca and Civil Protection has begun evacuations of families residing in a radius of 3 km around the volcano.

"Servicio Nacional de Estudios Territoriales (SNET) reported that during a survey of the San Miguel crater on 9 and 16 March observers noted pulses of gas rising 200 m from the crater. On 12 March the number and amplitude of earthquakes increased. RSAM values rose the next day to 121 units per day on average, up from normal values around 50 units per day. RSAM values continued to fluctuate during the next few days and reached as high as 319 units on 19 March, 414 units on 20 March, and 234 on 21 March. On 18 and 20 March, local residents felt vibrations and heard minor rumbling. Observations on 25 March indicated that gas plumes rose 100 m from the crater. On 28 March SNET noted that seismicity had gradually decreased during the previous few days, and was as low as 80 RSAM units on 27 March. Access to areas within a 2-km-radius remained restricted." 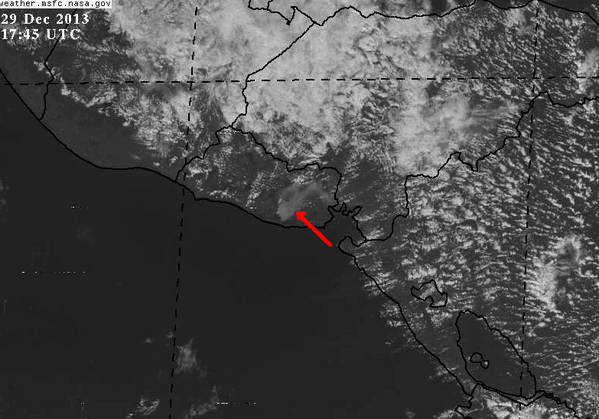 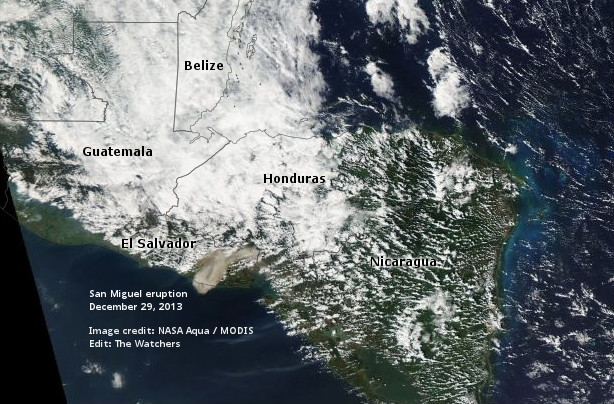 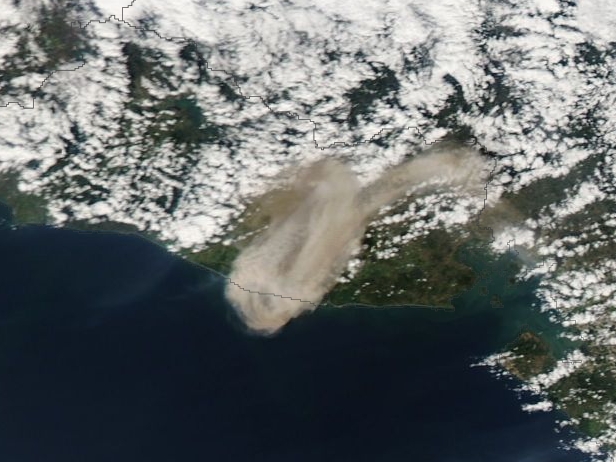 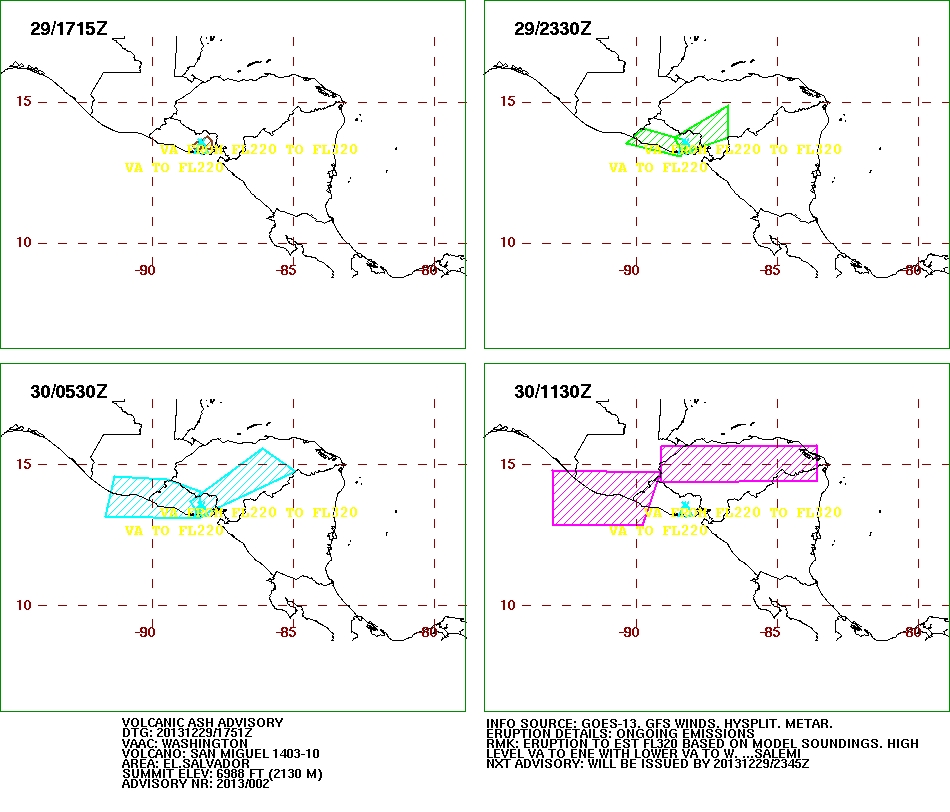 Radial fissures on the flanks of the basaltic-andesitic volcano have fed a series of historical lava flows, including several erupted during the 17th-19th centuries that reached beyond the base of the volcano on the north, NE, and SE sides. The SE-flank lava flows are the largest and form broad, sparsely vegetated lava fields crossed by highways and a railroad skirting the base of the volcano. The location of flank vents has migrated higher on the edifice during historical time, and the most recent activity has consisted of minor ash eruptions from the summit crater (GVP).