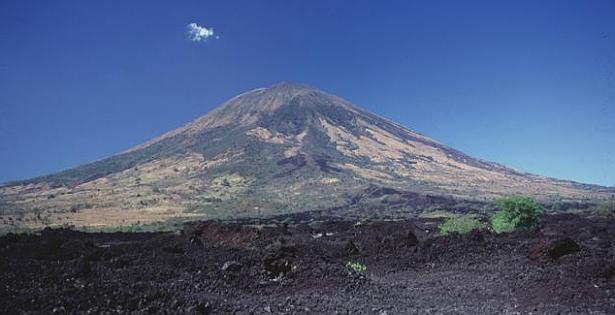 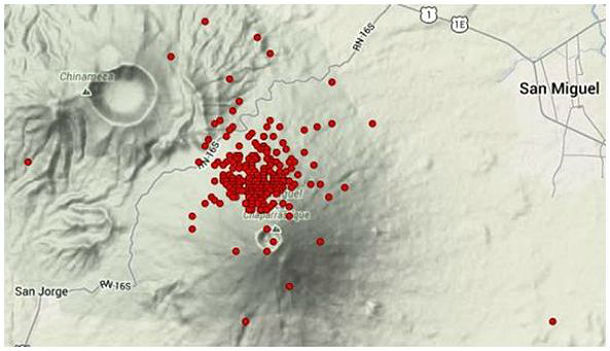 Epicenters of microearthquakes located in the volcano Chaparrastique in period between January 27, 2014 to July 14, 2014. (Credit: MARN)

San Miguel is one of El Salvador’s most active volcanoes. After 11 years of sleep (2002 VEI 1) the volcano suddenly woke up in December 2013 and sent a plume of ash about 9 km (30 000 feet) into the atmosphere. The ash settled both on the slope of the volcano, as seen here, and on nearby towns, forcing 5 000 people to evacuate. 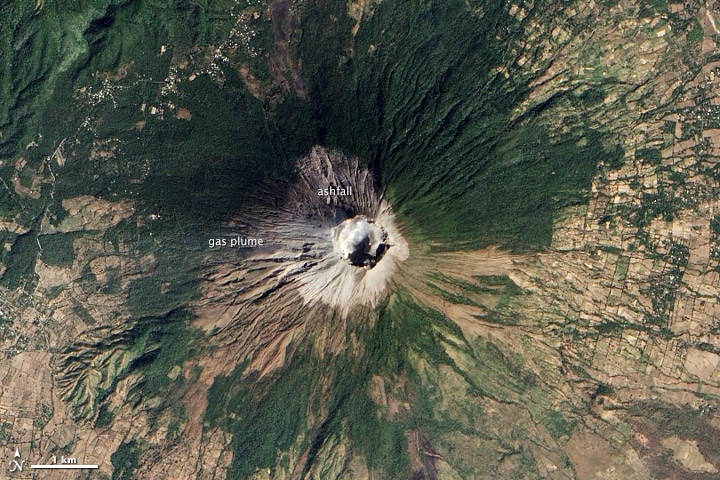 Radial fissures on the flanks of the basaltic-andesitic volcano have fed a series of historical lava flows, including several erupted during the 17th-19th centuries that reached beyond the base of the volcano on the north, NE, and SE sides. The SE-flank lava flows are the largest and form broad, sparsely vegetated lava fields crossed by highways and a railroad skirting the base of the volcano. The location of flank vents has migrated higher on the edifice during historical time, and the most recent activity has consisted of minor ash eruptions from the summit crater. (GVP)