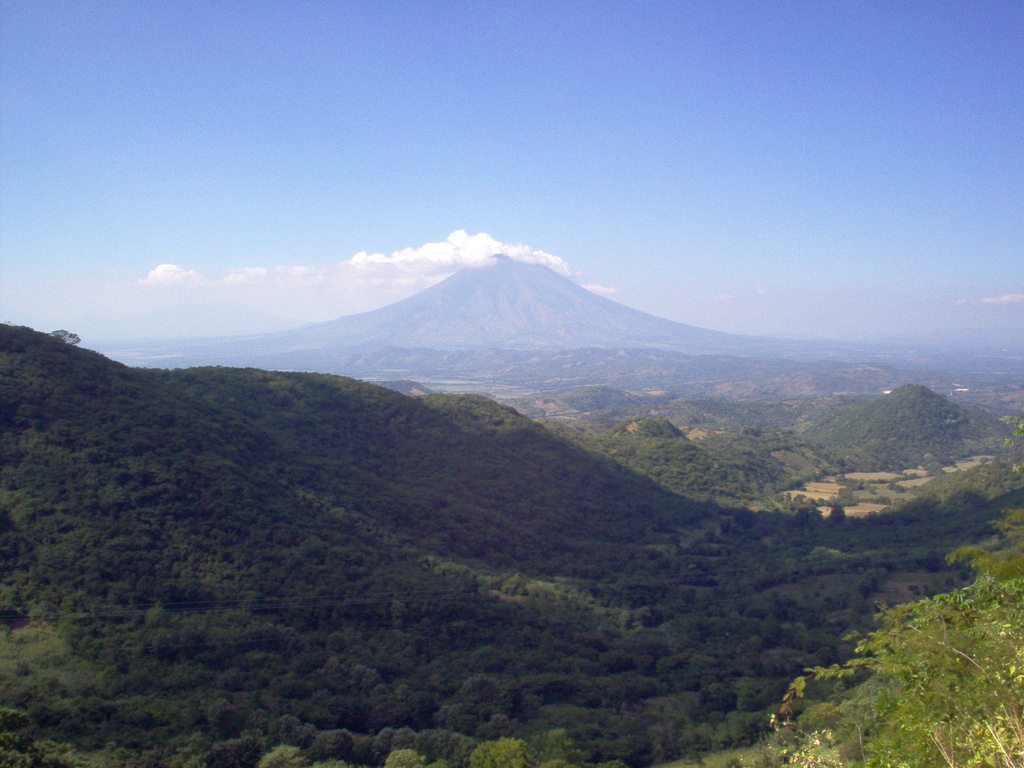 El Salvador authorities have evacuated more than 1 000 people living around the simmering San Miguel volcano, also known as Chaparrastique. They warned there is a high probability of eruption in the coming days and said evacuations are a precautionary measure.

Armando Vividor, operations chief of the country's emergency services, said the volcano exhibited jump in activity on Sunday, May 18, 2014.

In a special bulletin released on May 19, SNET said the volcano is now experiencing higher levels of internal activity than it was prior to the December 2013 eruption.

On May 10 San Miguel emitted small amounts of ash. Ashfall, less than 1 mm thick, was observed in areas between the Parque de las Placitas and Placitas.

According to news articles, an explosive eruption at San Miguel that began at 10:30 local time on December 29, 2013 prompted an evacuation of 1 400 – 2 600 people. A dense ash plume rose from the crater. Based on wind data, the Washington VAAC reported that the ash plume rose to an altitude of 9.7 km (32,000 ft) a.s.l. and drifted ENE at higher altitudes and W at lower altitudes.

The symmetrical cone of San Miguel volcano, one of the most active in El Salvador, rises from near sea level to form one of the country's most prominent landmarks. The unvegetated summit of the 2130-m-high volcano rises above slopes draped with coffee plantations.

A broad, deep crater complex that has been frequently modified by historical eruptions (recorded since the early 16th century) caps the truncated summit of the towering volcano, which is also known locally as Chaparrastique. Radial fissures on the flanks of the basaltic-andesitic volcano have fed a series of historical lava flows, including several erupted during the 17th-19th centuries that reached beyond the base of the volcano on the north, NE, and SE sides.

The SE-flank lava flows are the largest and form broad, sparsely vegetated lava fields crossed by highways and a railroad skirting the base of the volcano. The location of flank vents has migrated higher on the edifice during historical time, and the most recent activity has consisted of minor ash eruptions from the summit crater. (GVP)