Tropical Cyclone Narelle has begun a steady weakening trend and it is now classified as Category 1 storm with sustained winds of 145 km/h (90 mph). Narelle peaked yesterday with winds of 210 km/h (130 mph) as category 3 storm. 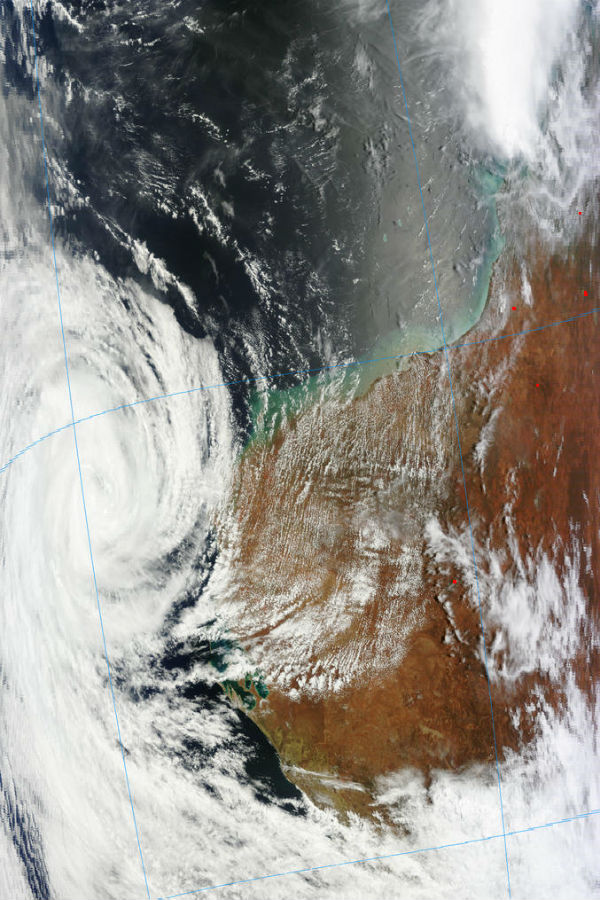 Narelle now moves slowly to the southwest over the opens waters west of Australia and it will continue weakening slowly as it parallels the western coast. According to latest report by Australian Bureau of Meteorology, Severe Tropical Cyclone Narelle was estimated to be 355 kilometres west of Exmouth and 440 kilometres northwest of Carnarvon and moving south-southwest at 14 km/h. 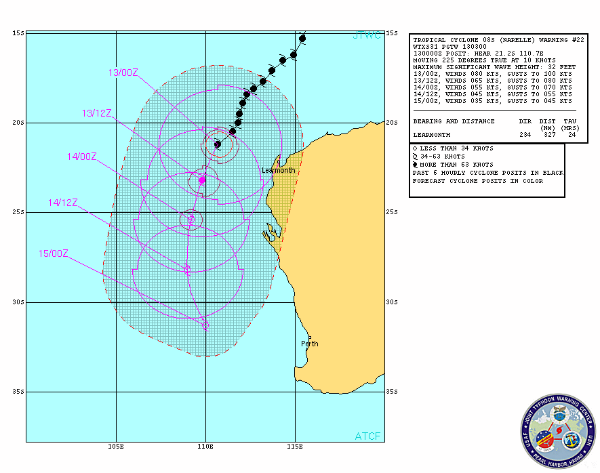 The system will remain offshore as it passes by, resulting in the strongest winds occurring well off the coastline. Still, gusty winds to 65 km/h (40 mph) and torrential downpours can still affect coastal areas into Sunday night. Narelle is not expected to produce gales on the coast, however a Severe Thunderstorm Warning has been issued for Sunday afternoon and evening for parts of the Gascoyne and Central West forecast districts including coastal areas between Cape Cuvier and Northhampton.

Tides along the west Pilbara coast and down the west coast are likely to rise above the normal high tide mark with flooding of low-lying coastal areas possible. 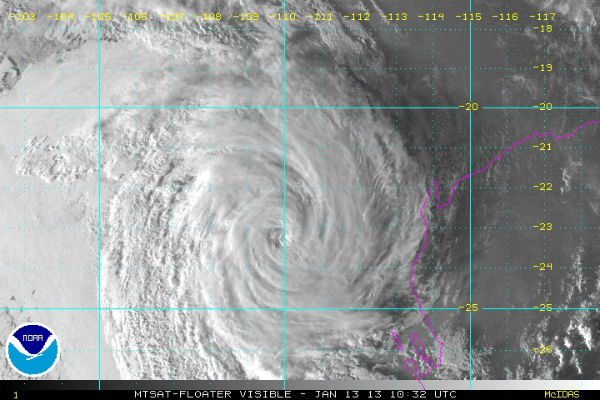 Another tropical disturbance is getting its act together in the Timor Sea near the same location that Narelle was born in. It may develop into another named tropical cyclone in the next 48-72 hours. 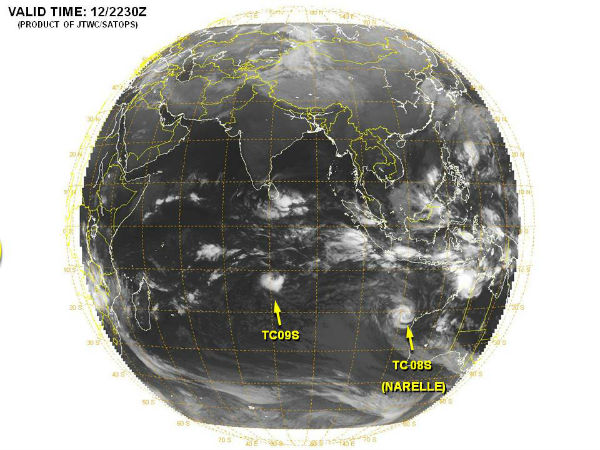