TCWC Perth started to monitor a weak tropical low that had developed about 1,265 km (785 miles) to the southeast of Jakarta, Indonesia. Over the next couple of days the low moved towards the south-southwest and gradually developed further before the JTWC declared it Tropical Cyclone Mitchell (06S) on December 29. 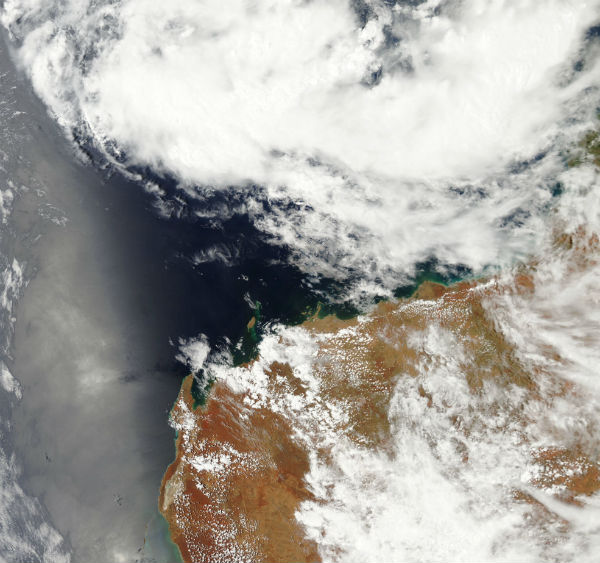 Tropical Cyclone Mitchell is located approximately 225 nm north- northwest of Learmonth, Australia, and is moving southward at 13 knots. The system, well off the Pilbara coast, is responsible for a large mass of convective cloud with areas of rain, scattered showers and thunderstorms affecting the area with middle level cloud associated with the system streaming across central parts of WA.

Isolated showers and storms are evident over Cape York Peninsula and over parts of the Top End in the NT which is typical activity in the tropics this time of the year. The remainder of the country is relatively cloud free under the influence of a ridge of high pressure centred in the Bight. 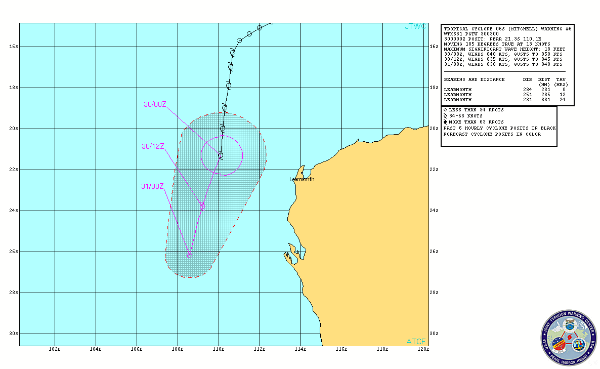 The system is forecast to continue tracking south-southwestward through the next 48 hours along the western periphery of the subtropical ridge. Mitchell is forecast to intensify through the next 12 hours due to continued favorable conditions. However, the system is expected to weaken rapidly as it tracks south of 20S due to cooler sea temperatures (24 to 26ºC). Mitchell is expected to dissipate by the next 48 hours. 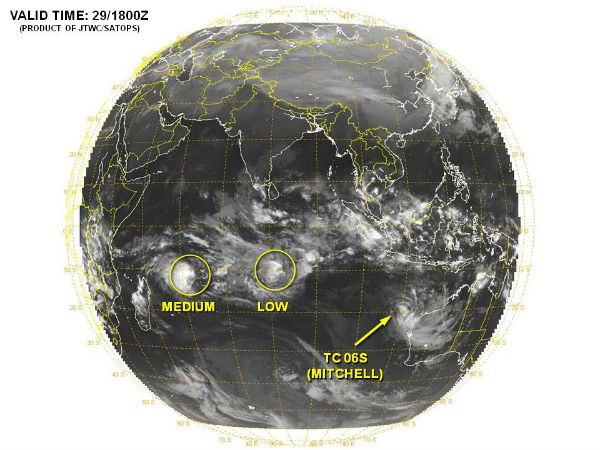