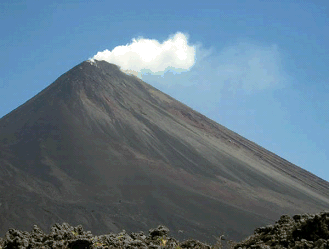 In a bulletin issued on December 28, 2012 by CONRED, three explosions have been recorded at the Pacaya volcano, Guatemala, with ash seen up to 3 km above sea level.  Experts advised that Pacaya’s strombolian type of activity will continue in the coming days or weeks, causing explosions in the crater and possible lava flows. This is considered as normal for Pacaya. After being dormant for a century, it erupted violently in 1965 and has been erupting continuously since then.

According to classification, Strombolian volcanoes are characterized by a regular or constant explosions throwing pasty lava and are accompanied by lava flows and gas emissions.

CONRED (National Coordinator for Disaster Reduction) has advised population to be on alert to indications that authorities disclosed, avoid spreading rumors, avoid putting their lives at risk, report any incidents to the authorities and when one of them happens to be calm.

The Pacaya volcano is a part of the Central American Volcanic Arc, a chain of volcanoes stretching from the northwest to the southeast along the Pacific coast of Central America, formed by the tectonic subduction of the Cocos Tectonic Plate beneath the Caribbean Plate. It is one of Guatemala’s most active volcanoes and is located 30 kilometers (19 miles) southwest of Guatemala City, the nation’s capital.

It has been the source of at least nine very large explosions over the past 300,000 years.

After the last caldera-forming eruption 23,000 years ago, several smaller vents within and around the caldera have seen eruptive activity. Pacaya is the largest post-caldera volcano, and has been one of Central America’s most active volcanoes over the last 500 years. It has erupted at least 23 times since the Spanish conquest, producing basalt and basaltic andesite.

About 1,100 years ago, the volcano’s edifice collapsed, causing a huge landslide. Deposits from the landslide travelled about 25 kilometres (16 mi) from the volcano down to the Pacific coastal plain. The landslide left a large crater, within which the current active cone has grown. The presence of a magma chamber at shallow depths beneath Pacaya means that distortion of the cone leading to instability and future landslides remains a hazard to the surrounding areas. 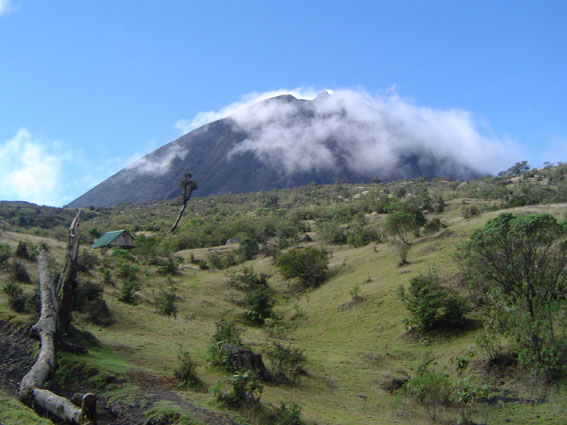 Pacaya’s last eruption was on May 27, 2010, when it followed in after several tremors. A strong eruption ejected debris and ash columns up to 1.5 km. Ash rained down in many Guatemalan cities to the northwest of the volcano, including Guatemala City. The volcanic ash fall pelted Guatemala City, and the international airport, La Aurora. CONRED declared a red alert for the communities near the volcano, and recommended the evacuation of some of them. Noti7 reporter Anibal Archila, one of the first to cover the event, was reported killed by volcanic debris.