Iceland  Ice sheet in Grímsvötn subsiding, could lead to an eruption, Iceland

December 26, RSMC Nadi started to monitor a tropical disturbance that had developed about 1075 km (670 miles) to the north of Port Vila, Vanuatu. During that day, the disturbance moved westwards and developed into a tropical depression.

Now known as Tropical Storm Freda (05P), the system is currently located approximately 75 nm south-southeast of Honiara, Solomon Islands or 660 nm north-northwest of Noumea, New Caledonia. It has tracked southwestward at 05 knots and has reached the warning threshold intensity of 35 knots during the past six hours. 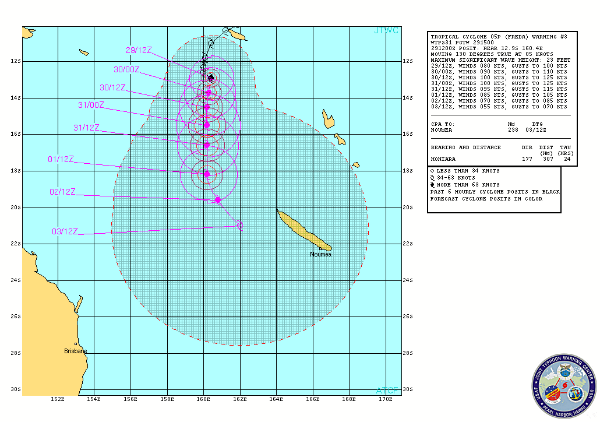 Freda is tracking west-southwestward along the periphery of a subtropical ridge centered to the southeast of the cyclone. The system is expected to turn poleward over the next 24 hours as it rounds the ridge and tracks toward the base of a mid-latitude trough extending across eastern Australia. Generally poleward motion is expected to continue throughout the forecast period as the system continues to track along the western periphery of the current steering ridge. 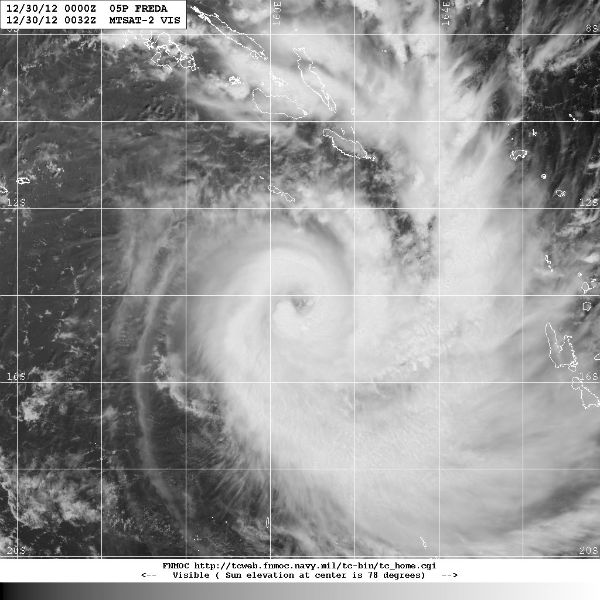