After hitting northeast of the main Philippine island of Luzon on Sunday, September 14, Typhoon "Kalmaegi" strengthened over the South China Sea and hit southern China and Vietnam on September 16, 2014.

As it was making its second landfall (China) it was still a typhoon with maximum sustained winds near 130 km/h  (80.5 mph). It was still generating very rough surf and ocean swells up to 7 meters (22 feet).

Shortly after interaction with landmass the system weakened into a tropical storm and made a final landfall in Quảng Ninh province in northeastern Vietnam as a tropical storm.

More than 300 millimeters (6 – 12 inches) of rain fell in under 24 hours across northern Hainan Island.

Destructive winds, widespread flooding rain and an inundating storm surge are expected across the region. 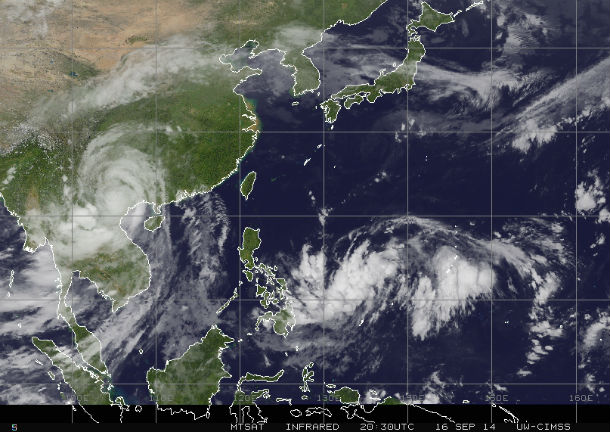 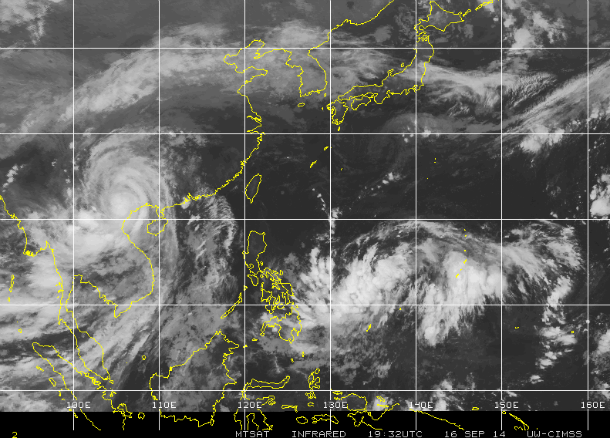 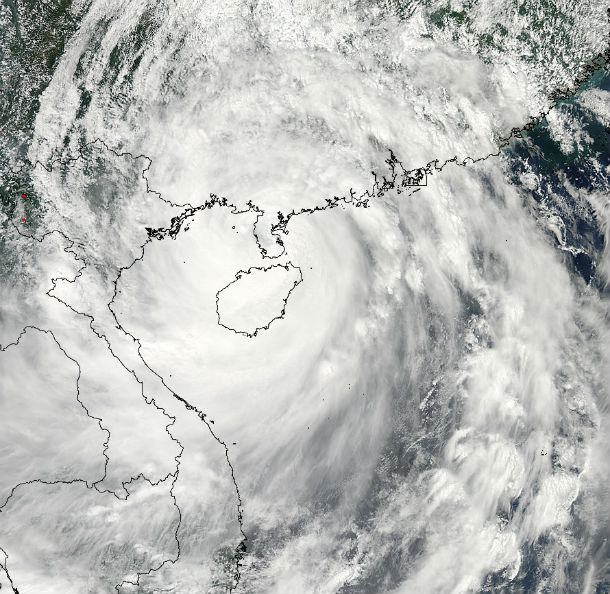 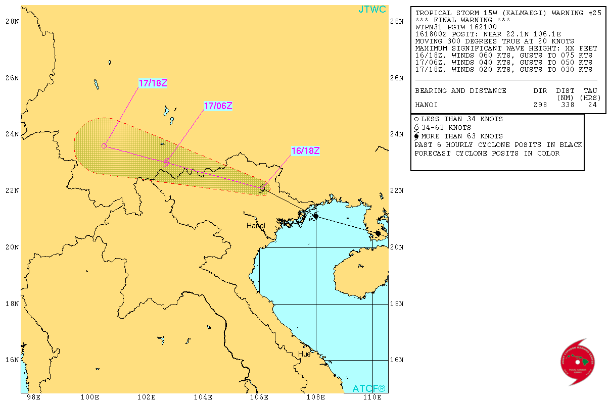 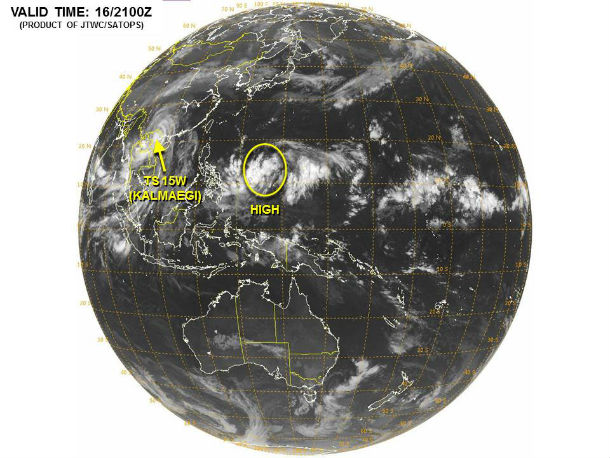