Typhoon "Kalmaegi" struck northeast of the main Philippine island of Luzon on Sunday evening (September 14) with winds of 160 km/h (100 mph) causing floods in mountainous and farming regions of northern Luzon.

Three people were killed and three others remain missing after a passenger ferry sank in the central Philippines as the storm approached on Saturday.

Interior Secretary Manuel Roxas described the storm as only "moderate". "It did not hit heavily populated areas extremely hard." 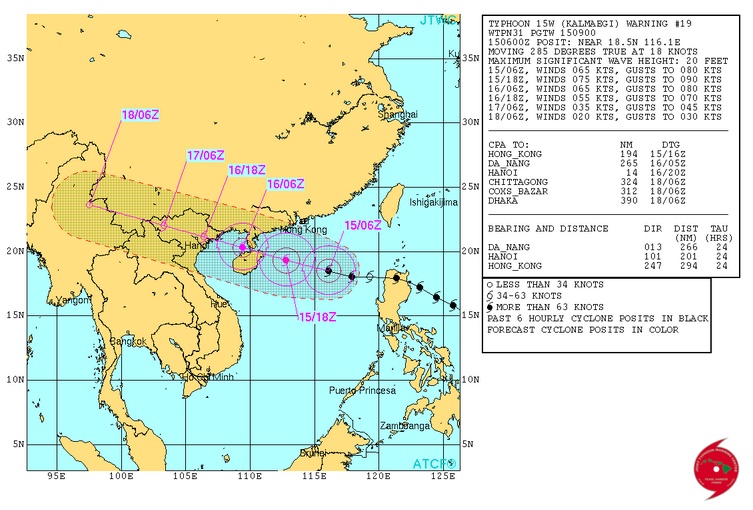 The system is now recovering from the land interaction with the Luzon. A short window of intensification is expected today due to favorable conditions of the warm sea surface across the South China Sea and favorable outflow.

Kalmaegi is expected to cross northern Hainan Island within next 24 hours. This interaction with the land will induce a weakening trend.

Dissipation is expected within 72 hours.

In July 2014 Typhoon "Rammasun" killed 98 people in provinces near the capital Manila.

Super Typhoon "Haiyan", the strongest storm ever to make landfall, left more than 7 300 people dead or missing in the central Philippines in November 2013.