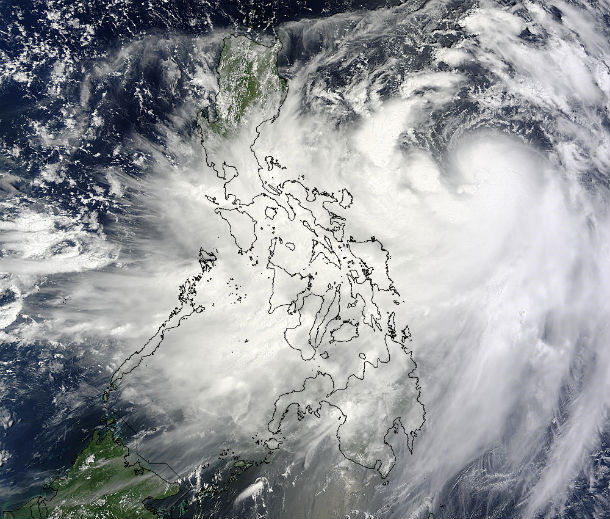 Rain and thunderstorms are spreading across a majority of the Philippines tonight as Typhoon "Kalmaegi" approaches from the east.

PAGASA reported maximum sustained winds of 120 km/h near the center and gustiness of up to 150 km/h on September 13. Public Storm Warning Signal #3 was issued for Cagayan, Isabela, Kalinga, Mt. Province, Ifugao, Quirino and Northern Aurora.

Estimated rainfall amount is from 8 – 20 mm per hour (heavy – Intense) within the 500 km diameter of the typhoon. 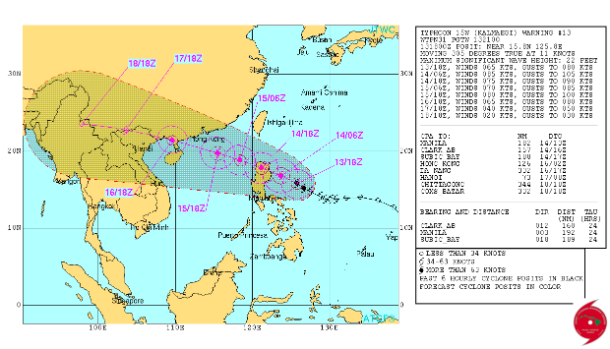 Kalmaegi is forecast to make landfall at the eastern coast of Luzon, over Cagayan-Isabela, the northern Philippines, from southeast to northwest on September 14 before entering the South China Sea and heading for second landfall south of Hong Kong.