ESA announced today that the landing spot for Rosetta's lander Philae will be target Site J, an intriguing region on the 'head' of Comet 67P/Churyumov–Gerasimenko. The spot offers unique scientific potential, with hints of activity nearby, and minimum risk to the lander compared to the other candidate sites.

Site J is on the ‘head’ of the comet, an irregular shaped world that is just over 4 km across at its widest point.

The 100 kg lander is planned to reach the surface on November 11, where it will perform indepth measurements to characterize the nucleus in situ, in a totally unprecedented way.

Philae Lander Manager Stephan Ulamec said selecting landing site was not an easy task. “As we have seen from recent close-up images, the comet is a beautiful but dramatic world – it is scientifically exciting, but its shape makes it operationally challenging.”

“None of the candidate landing sites met all of the operational criteria at the 100% level, but Site J is clearly the best solution.”

“We will make the first ever in situ analysis of a comet at this site, giving us an unparalleled insight into the composition, structure and evolution of a comet,” says Jean-Pierre Bibring, a lead lander scientist and principal investigator of the CIVA instrument at the IAS in Orsay, France.

“Site J in particular offers us the chance to analyze pristine material, characterize the properties of the nucleus, and study the processes that drive its activity.” 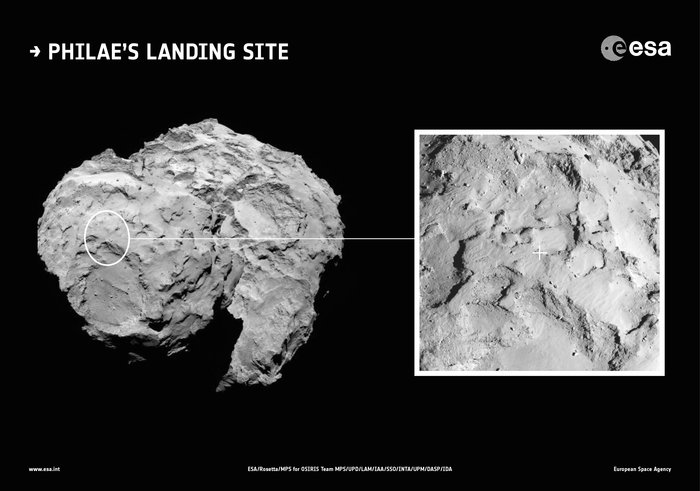 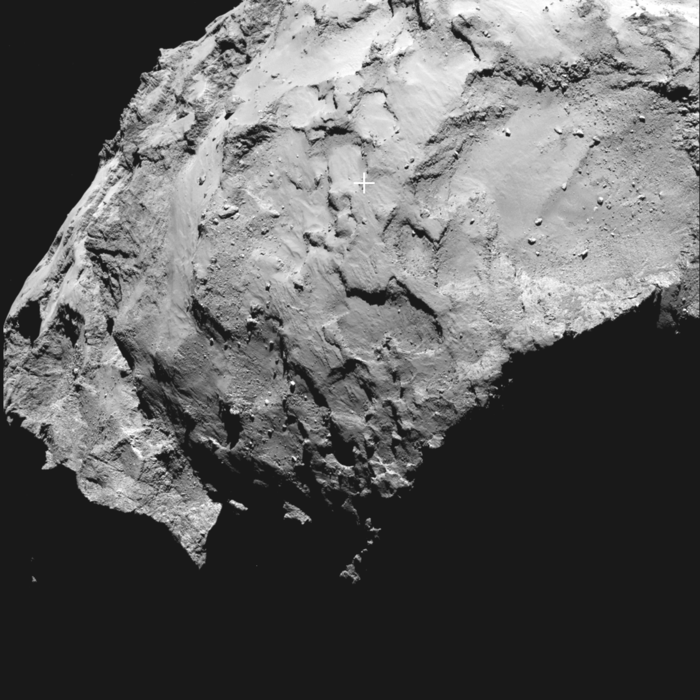 A number of critical aspects had to be considered, not least that it had to be possible to identify a safe trajectory for deploying Philae to the surface and that the density of visible hazards in the landing zone should be minimal. Once on the surface, other factors come into play, including the balance of daylight and nighttime hours, and the frequency of communications passes with the orbiter.

The descent to the comet is passive and it is only possible to predict that the landing point will place within a ‘landing ellipse’ typically a few hundred meters in size.

A one square kilometer area was assessed for each candidate site. At Site J, the majority of slopes are less than 30º relative to the local vertical, reducing the chances of Philae toppling over during touchdown. Site J also appears to have relatively few boulders, and receives sufficient daily illumination to recharge Philae and continue science operations on the surface beyond the initial battery-powered phase.

Provisional assessment of the trajectory to Site J found that the descent time of Philae to the surface would be about seven hours, a length that does not compromise the on-comet observations by using up too much of the battery during the descent.

A detailed operational timeline will now be prepared to determine the precise approach trajectory of Rosetta in order to deliver Philae to Site J. The landing must take place before mid-November, as the comet is predicted to grow more active as it moves closer to the Sun.

“There’s no time to lose, but now that we’re closer to the comet, continued science and mapping operations will help us improve the analysis of the primary and backup landing sites,” says ESA Rosetta flight director Andrea Accomazzo.

“Of course, we cannot predict the activity of the comet between now and landing, and on landing day itself. A sudden increase in activity could affect the position of Rosetta in its orbit at the moment of deployment and in turn the exact location where Philae will land, and that’s what makes this a risky operation.” 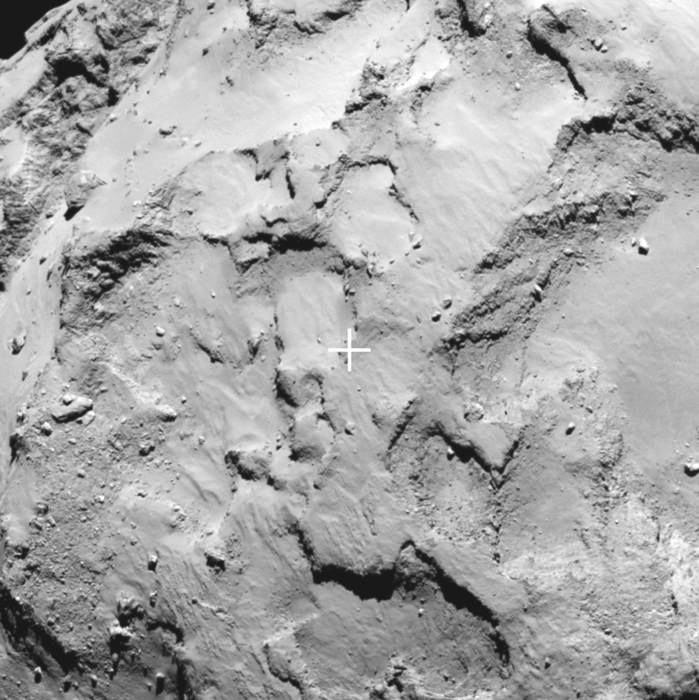 Once deployed from Rosetta, Philae’s descent will be autonomous, with commands having been prepared by the Lander Control Centre at DLR, and uploaded via Rosetta mission control before separation.

During the descent, images will be taken and other observations of the comet’s environment will be made.

Once the lander touches down, at the equivalent of walking pace, it will use harpoons and ice screws to fix it onto the surface. It will then make a 360° panoramic image of the landing site to help determine where and in what orientation it has landed.

The initial science phase will then begin, with other instruments analyzing the plasma and magnetic environment, and the surface and subsurface temperature. The lander will also drill and collect samples from beneath the surface, delivering them to the onboard laboratory for analysis. The interior structure of the comet will also be explored by sending radio waves through the surface towards Rosetta.

“No one has ever attempted to land on a comet before, so it is a real challenge,” says Fred Jansen, ESA Rosetta mission manager. “The complicated ‘double’ structure of the comet has had a considerable impact on the overall risks related to landing, but they are risks worth taking to have the chance of making the first ever soft landing on a comet.” 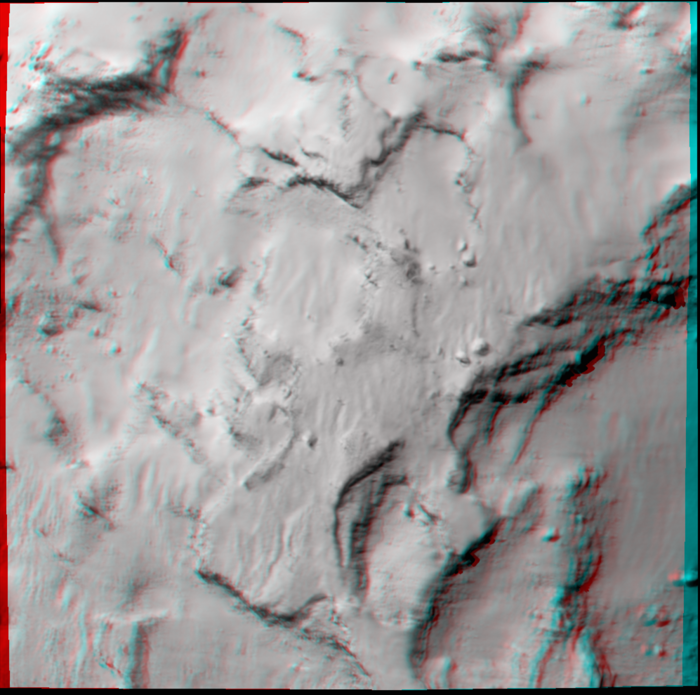 The landing date should be confirmed on September 26 after further trajectory analysis and the final Go/No Go for a landing at the primary site will follow a comprehensive readiness review on October 14.