Several months after the arrival at Comet 67P/Churyumov-Gerasimenko (67P/C-G) in August 2014, the Rosetta spacecraft has finally managed to observe and characterize comet's southern polar regions. The only instrument that was able to study this dark region of the comet was Microwave Instrument for the Rosetta Orbiter (MIRO). Its data is presented in a paper accepted for publication in the journal Astronomy and Astrophysics.

67P/C-G has a very unusual orbit, due to its double-lobed shape and inclination of rotation axis. For most of the comet's orbit, the northern hemisphere experiences a very long summer, lasting more than 5.5 years, while the southern hemisphere remains hidden in a long, dark and cold winter. 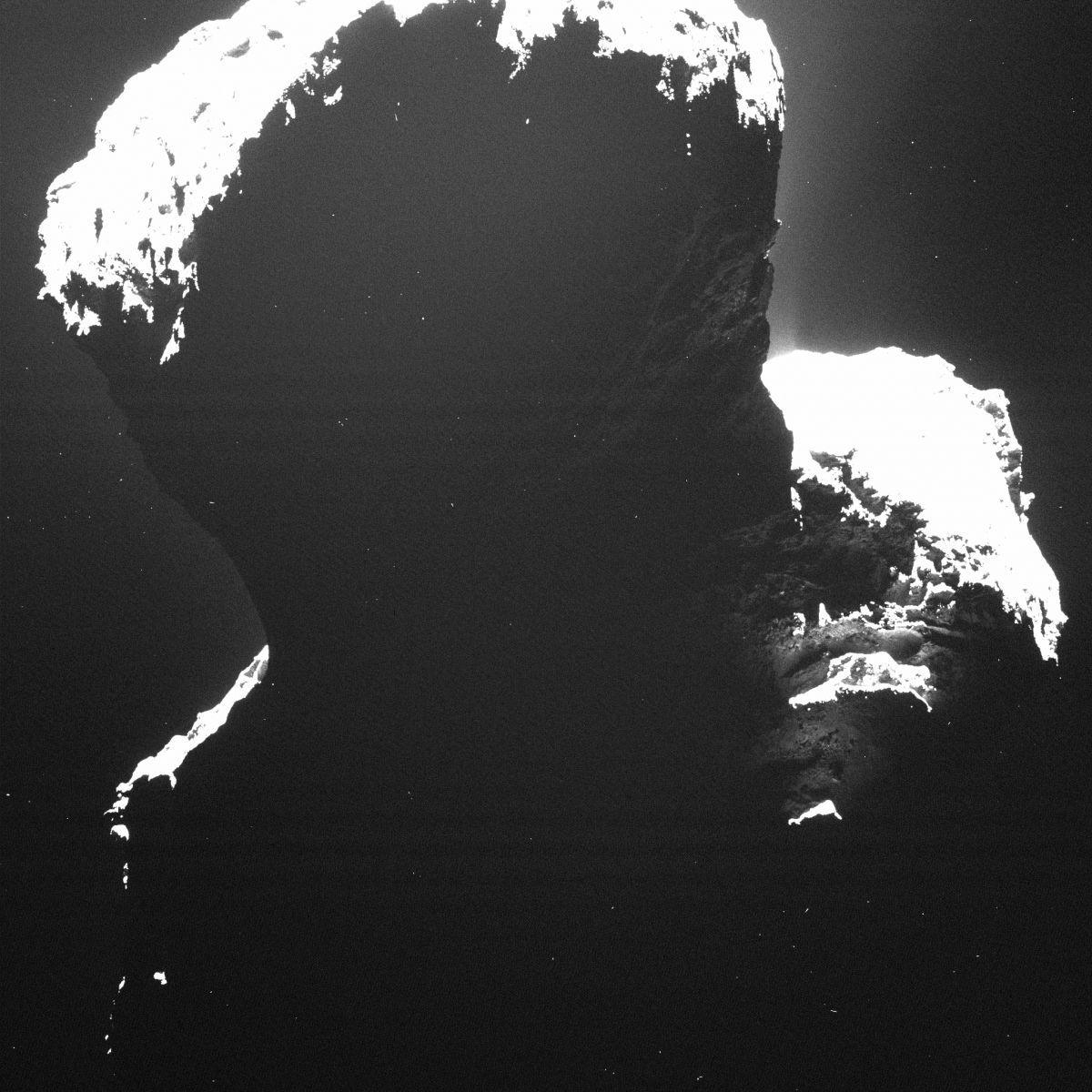 ​Image of the southern polar regions of Comet 67P/C-G taken with Rosetta's OSIRIS imaging system on 29 September 2014, when they were still experiencing the long southern winter. Image credit: MPS/UPD/LAM/IAA/SSO/INTA/UPM/DASP/IDA

Due to this peculiar orbiting and unequally distributed seasons, the regions around the comet's south pole have been inaccessible to most of the instruments on the Rosetta spacecraft.

With no direct illumination from the Sun, these regions could not be imaged with Rosetta’s OSIRIS science camera. Low temperatures, between -4 and 10 ºC (25 and 50 ºF),  did not allow observations with the Visible, InfraRed and Thermal Imaging Spectrometer (VIRTIS), either.

After a several months, only the Microwave Instrument for the Rosetta Orbiter (MIRO) was able to observe the comet's southern pole.

​Subsurface temperature maps of 67P/C-G, showing the southern hemisphere of the comet. The maps are based on observations obtained with MIRO at millimetre (left) and sub-millimetre (right) wavelengths between September and October 2014, the data are projected on a digital shape model of the comet. Image credit: ESA/Rosetta/NASA/JPL-Caltech

Mathieu Choukroun from NASA's Jet Propulsion Laboratory (JPL) and his research team have found significant differences between the data collected with MIRO's millimeter and sub-milimeter wavelength channels, which possibly indicate the presence of large amounts of ice within the first few tens of centimeters below the surface of these regions.

“Surprisingly, the thermal and electrical properties around the comet’s south pole are quite different to what is found elsewhere on the nucleus. It appears that either the surface material or the material that lies down to a few tens of centimeters below it is extremely transparent at the MIRO wavelengths of 0.5 and 1.6 mm, and could consist mostly of water ice or carbon-dioxide ice,” Choukroun said.

The scientists think that the observed difference in the surface and sub-surface composition could be caused by the comet's peculiar cycle of seasons. It could have happened that water and other gases released during the comet's previous perihelion, condensed again and precipitated on the surface after the seasons changed again. 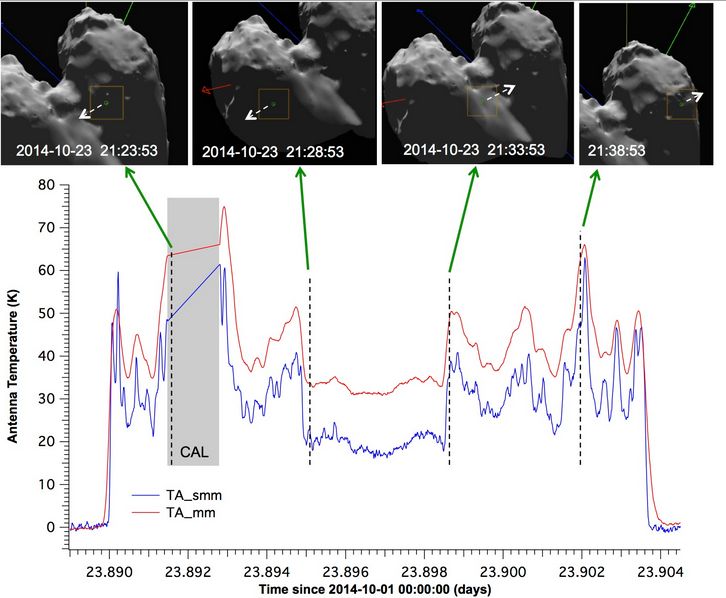 ​The antenna temperatures measured by MIRO during two consecutive scans of Comet 67P/C-G's southern polar regions, performed on 23 October 2014, at millimetre (red) and sub-millimetre (blue) wavelengths. The series of images on the top, obtained from the digital shape model of the comet, show the various portions of the nucleus that were surveyed in these scans. The grey shaded area in the graph indicates a calibration interruption of the data. Image credit: M. Choukroun et al., Astronomy & Astrophysics, 2015.

However, the observed results are only preliminary, as the in-depth analysis depends on the detailed shape of the comet's nucleus, which wasn't known to great accuracy at the time the measurements have been made.

“We plan to revisit the MIRO data using an updated version of the digital shape model, to verify these early results and refine the interpretation of the measurements,” adds Choukroun.

In May 2015, the seasons changed on 67P/C-G and the brief, hot southern summer, which will last until early 2016, began. The previously hidden southern polar regions have now been possible to observe with other instruments on Rosetta, and the combination of all the gathered data could eventually lead to an explanation about the unusual composition uncovered.

“In the past few months, Rosetta has flown over the southern polar regions on several occasions, starting to collect data from this part of the comet after summer began there. At the beginning of the southern summer, we had a paucity of observations in these regions as Rosetta's trajectory focused on the northern hemisphere due to ongoing communication with the lander, Philae. However, closer to perihelion we were able to begin observing the south," explained Matt Taylor, ESA Rosetta project scientist.

“Rosetta is currently on an excursion out to 1500 km (930 miles) from the nucleus to study the comet's environment at large, but it will soon come closer to the comet, focusing on full orbits to compare the northern and southern hemispheres, as well as some slower passes in the south to maximize our observations there. In addition, as activity will start to wane later this year, we hope to get closer to the nucleus and gain higher resolution observations of the surface.” 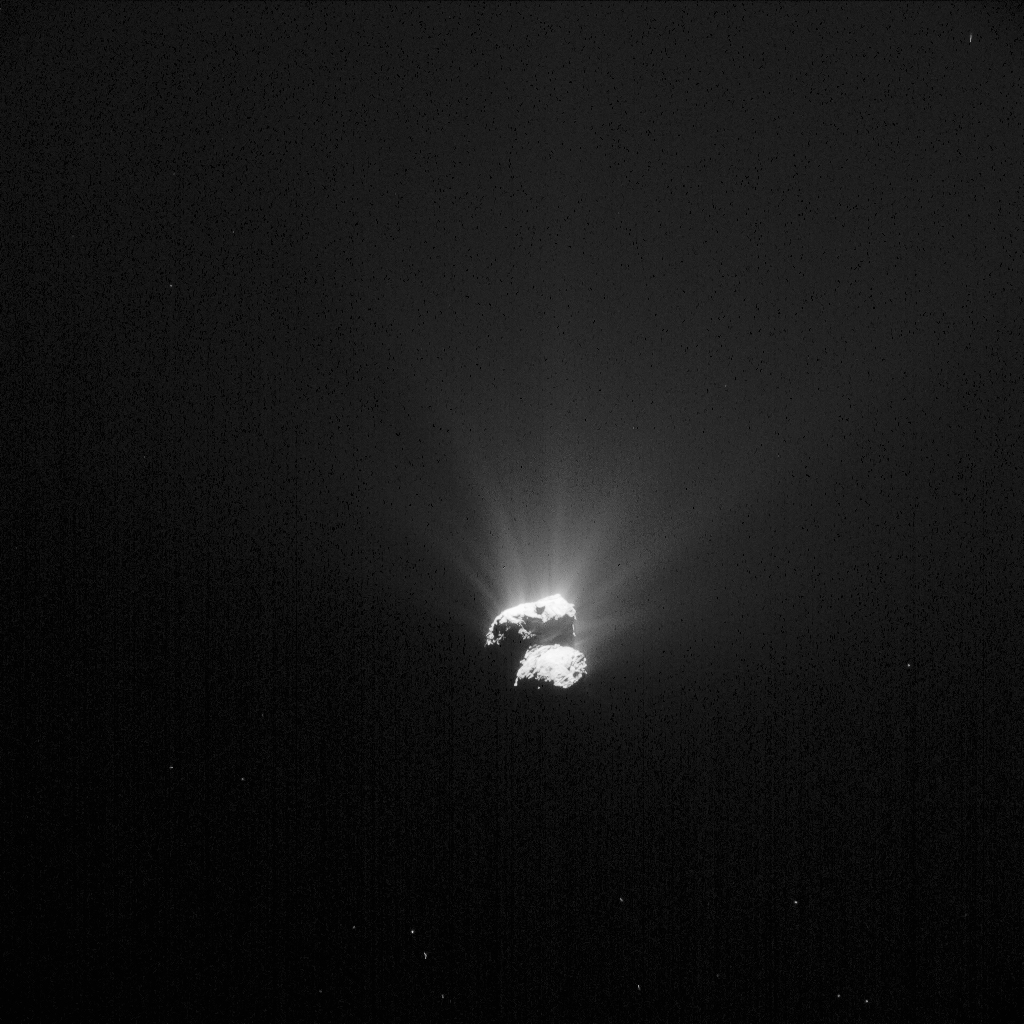 The research results were accepted for publication in the Astronomy&Astrophysics Journal, ESA reported on October 1, 2015.

“We hope that, by combining data from all these instruments, we will be able to confirm whether or not the south pole had a different composition and whether or not it is changing seasonally,” Mark Hofstadter, MIRO Principal Investigator at NASA's JPL concluded.