Rosetta's OSIRIS camera team has launched new website designed to showcase its most recent images taken of Comet 67P/Churyumov-Gerasimenko. These images are in high-resolution, taken with narrow- or wide-angle camera, showing the comet at very small distances.

Pictures taken from OSIRIS will be posted onto website dedicated to the comet, however, there is also an option to subscribe via email to receive pictures straight to your email account. Image releasing policy will depend on scientific operation of the spacecraft and on particular OSIRIS observations on any given day, along with images available from the spacecraft. At least one picture should be expected per week, but also it can be expected up to seven images per week, if they are taken daily.

"Following perihelion and a far excursion, we are now back at closer distances, about 100 km (62 miles) to the comet, providing a view similar to that when we first arrived on August 6, 2014. We'd like to share this view with the community and the general public, in near-time, as we reapproach and eventually descend to the surface of the comet," says Holger Sierks, principal investigator for the camera at the Max Planck Institute for Solar System Research in Göttiegen, Germany. 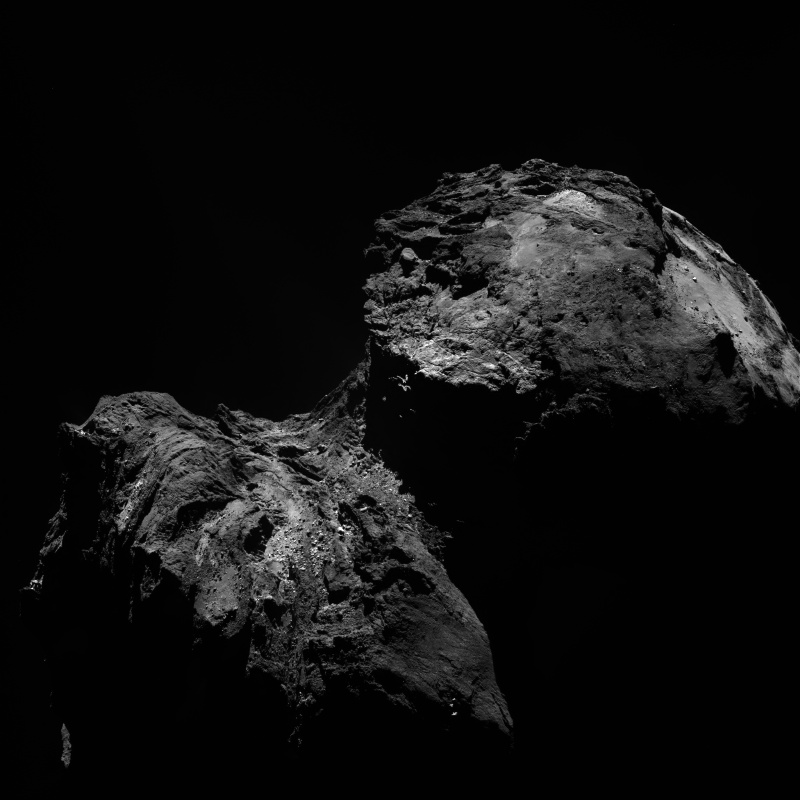 "This new initiative is a welcome addition to our long-established NavCam "CometWatch" releases and gives us another way to enjoy riding along with Rosetta as it follows the comet through the Solar System," said Patrick Martin, ESA's Rosetta mission manager.

Scientifically detailed descriptions won't be released, since the goal is to provide "postcards" of the comet, although traditional releases with scientific interpretation will be made separately from the website. Images released will also be added into ESA galleries and shared on social media. Furthermore images are planned to showcase on blog posts, made once per week with navigation camera NavCam CometWatch feature.

Featured image: Single-frame OSIRIS narrow-angle camera image taken on December 10, 2015, when Rosetta was 103.3 km from the nucleus of Comet 67/P Churyumov-Gerasimenko. The scale is 1.87m per pixel. Credits: ESA/Rosetta/MPS for OSIRIS Team/MPS/UPD/LAM/IAA/SSO/INTA/UPM/DASP/IDA