Heavy rainfall and winds affected the islands of Sardinia in Italy and Corsica, France as the intense low pressure system moved over the Mediterranean on October 1 and 2, 2015. Landslides and violent floods have been reported across the affected areas. 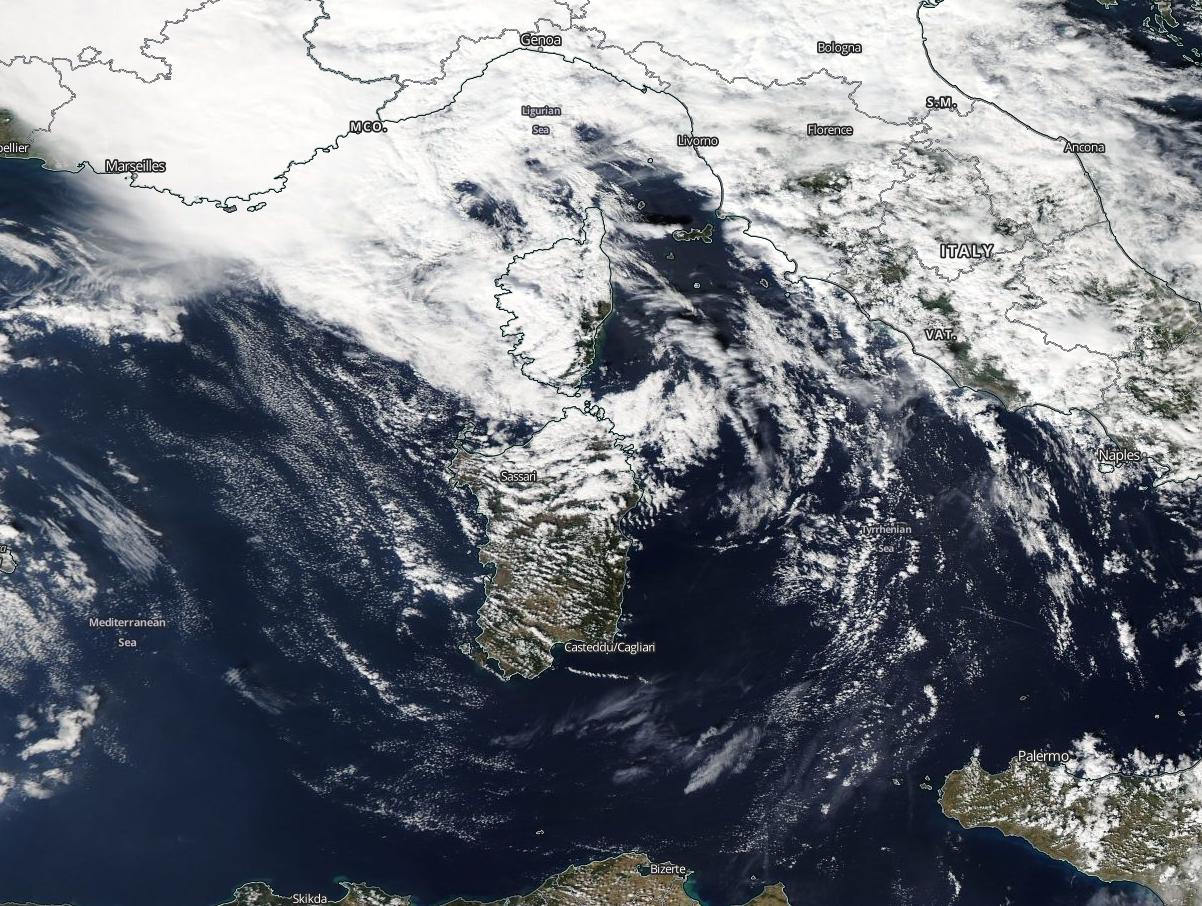 Medicane is a relatively rare occurrence, the formation of which is similar to that of a subtropical system in the Atlantic Ocean. They are typically small cyclones with a short lifespan, that originate from non-tropical system and feed off the warm waters of the Mediterranean thus showing tropical characteristics.

This medicane passed over north northwest Corsica on October 2. Its passage was observed by automatic meteorological station Cap Corse, situated east of the medicane's center. The measured pressure fell from 1014 hPa to 1008 hPa in the morning (local time), and rapidly rose after the center of the system moved toward the north. 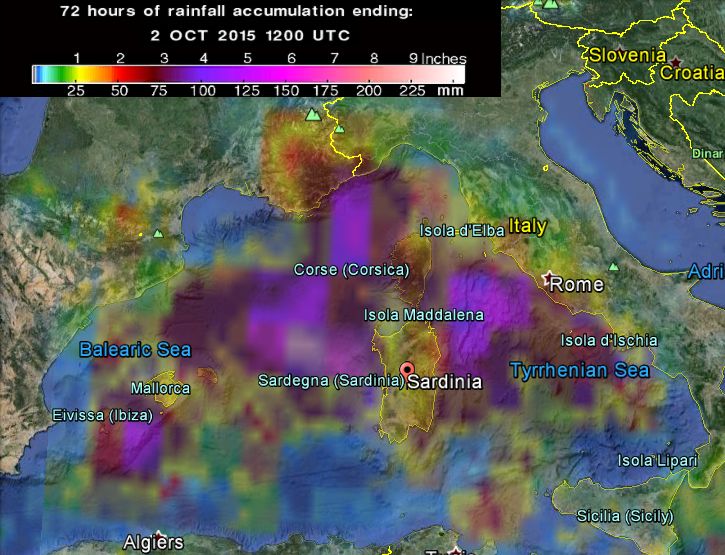 At the same time, severe winds measuring 120 km/h (74.5 mph) sustained speed with gusts reaching 157 km/h (97.5 mph) were observed. Based on its strength the system was classified as a category 1 medicane, according to Severe Weather Europe.

Prior to its intensification, the system battered the province of Olbia-Tempio in north-eastern Sardinia on October 1. Heavy flooding has been reported across the city, as the river Siligheddu overflew and a number of homes had to be evacuated. Approximately 200 mm (8 inches) of rain was measured in a 24 hour period in Olbia on October 1.

Low pressure system has been bringing heavy rainfall across Corsica, as of October 1, causing severe flooding and accompanied with strong wind gust. 361 mm (14 inches) of rainfall was reported in Quercitello, 331 mm (13 inches) in Campile, 318 mm (12.5 inches) in Ghisoni, and 254 mm (10 inches) in Quenza and 206 mm (8 inches) in Oletta, while between 94 and 146 mm (4 and 6 inches) was reported in other affected areas, according to meteociel.fr.

The intense low pressure system will continue to threaten Sardinia, southeastern Franca and Italy, bringing heavy rains accompanied with strong winds by the end of the week, although the mountainous terrain will cause it to loose strength.

"There will be widespread rainfall totals of 25 to 75 mm (1 to 3 inches) with the highest amounts in the higher terrain. This can lead to additional flash flooding and mudslides," AccuWeather meteorologist Tyler Roys stated.

Strong downpours and thunderstorms are forecasted to spread to Sicily and western Italy, including Rome and Naples, on October 2.

The system will significantly weaken by the start of the weekend.