After a ten-year journey through the Solar System ESA's Rosetta spacecraft arrived at Comet 67P/Churyumov–Gerasimenko on August 6, 2014. The mission’s lander, Philae, will be deployed on Wednesday, November 12 at 08:35 UTC from a distance of 22.5 km from the center of the comet.

Philae will land about seven hours later, with confirmation expected to arrive at Earth at around 16:00 UTC.

Philae is then expected to obtain the first images ever taken from a comet's surface. It also will drill into the surface to study the composition and witness close up how a comet changes as its exposure to the Sun varies. The lander can remain active on the surface for approximately two-and-a-half days.

Rosetta will remain in orbit around the comet through 2015 and continue detailed studies of the comet as it approaches the Sun and then moves away. 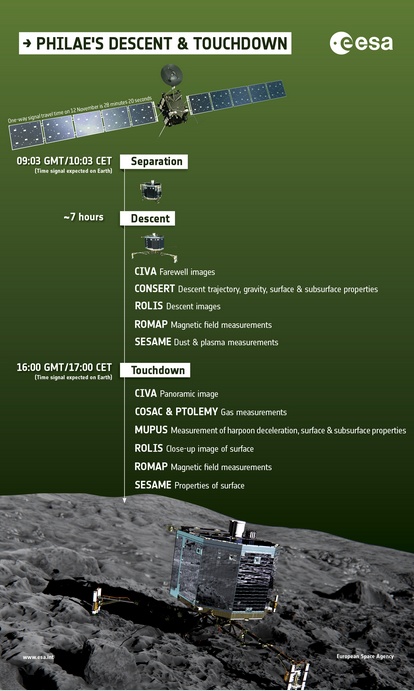 The activities at each control center will be closely linked and will be featured in a combined English-language ESA TV programme broadcast from ESOC, with live updates transmitted from all three control centers.

You can follow this historic event via live updates posted in the following channels:

Webcast will begin 19:00 UTC on Tuesday, November 11 and continue (with pauses) to cover crucial mission milestones overnight on Tuesday and through Wednesday. Check the ESA TV schedule here for detailed times.

Updated with news and information direct from the mission operations and science teams.

ESA just published a selection of 10 previously unpublished ‘beauty shots’ taken by Rosetta’s navigation camera through October 2014 at less than 10 km from the comet's surface. Below are just few of them, see them all here. 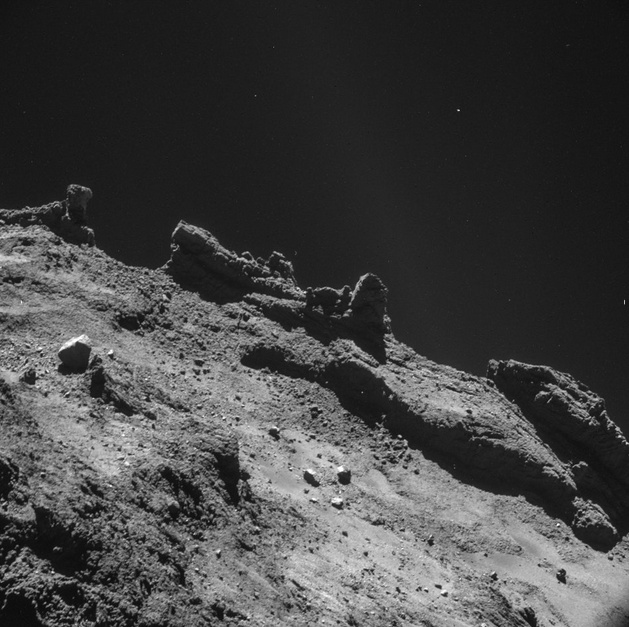 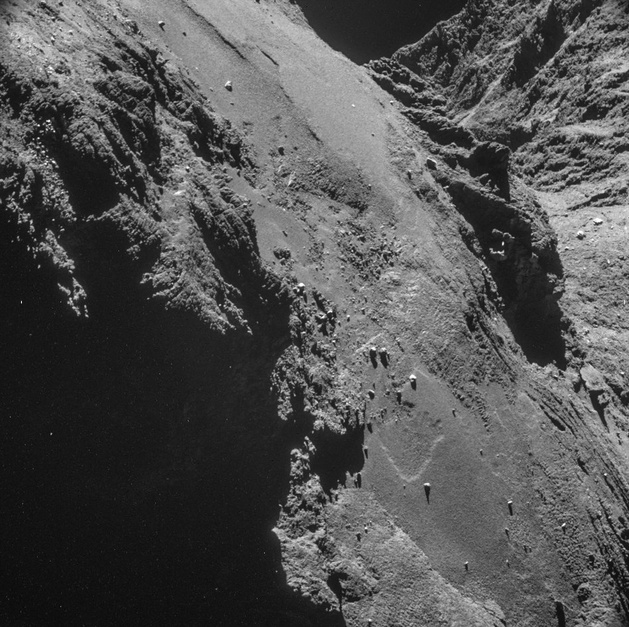 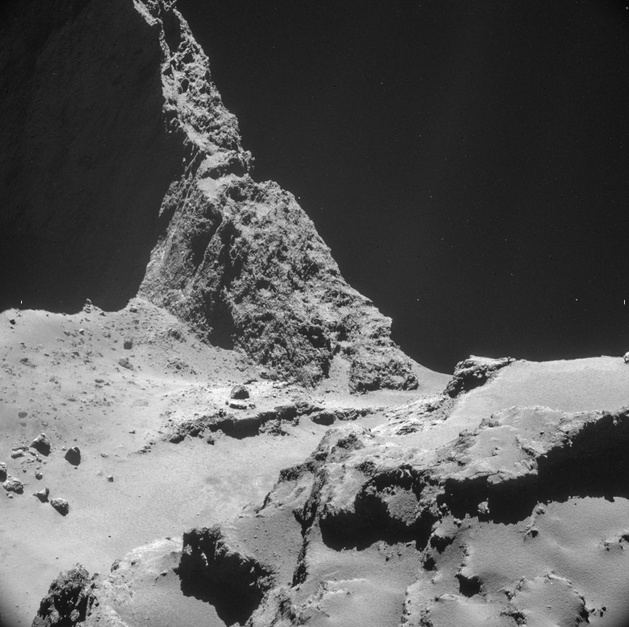 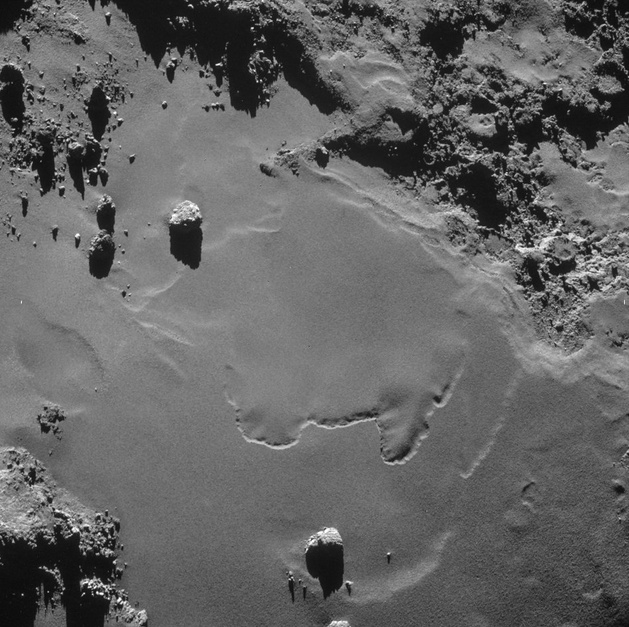 Images of Comet 67P/Churyumov–Gerasimenko taken during October 2014 at less than 10 km from the comet's surface. Credit: ESA