Solar wind parameters indicated the arrival of the November 7 CME earlier today. At approximately 01:37 UTC, when CME arrived, total field increased from around 10 nT to a maximum of 23 nT at 01:46 UTC. The Bz component increased to +21 nT before briefly going southward near -9 nT.

Solar wind speeds increased slightly with the arrival from around 440 km/s to a maximum of 550 km/s at 06:59 UTC before decreasing once again to near 470 km/s.

A slow decrease in solar wind parameters is expected through November 10 and into November 11 as CME effects diminish. There is a chance for continued enhancement on day two due to effects from a negative polarity coronal hole high speed stream (CH HSS). 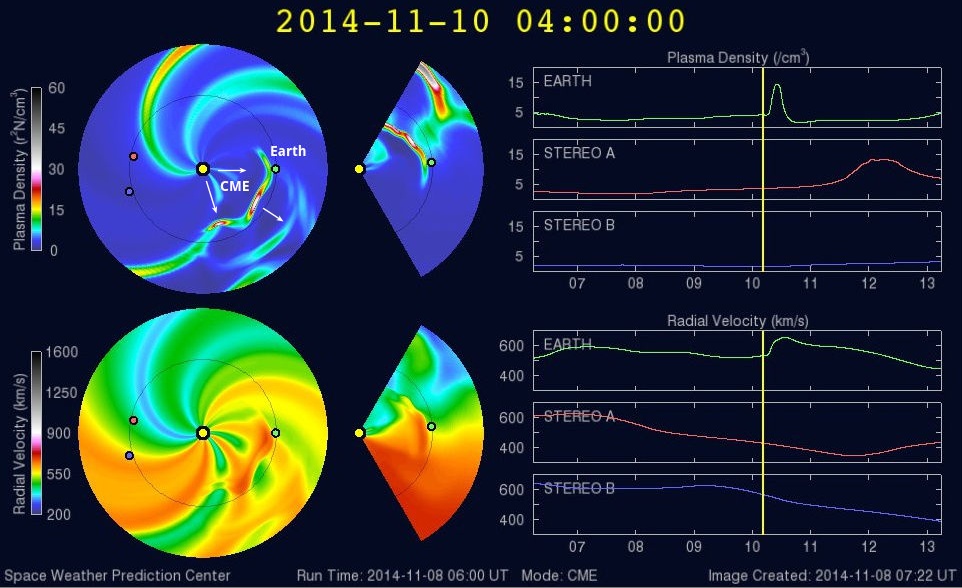 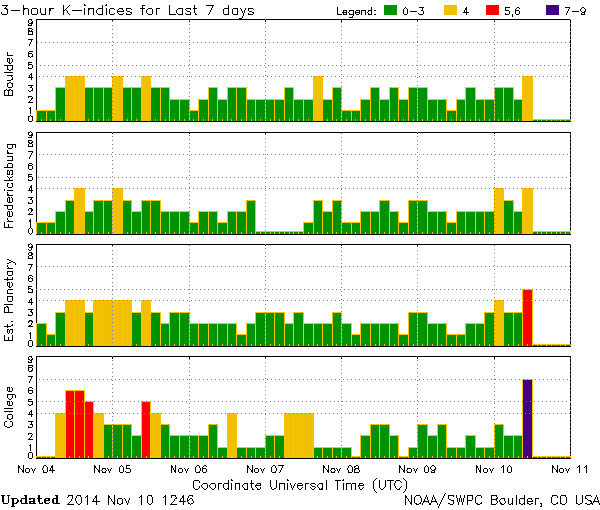 The geomagnetic field is expected to be at unsettled to minor storm levels (G1-Minor) for the rest of the UTC day on November 10 and through November 11 due to residual CME activity as well as possible CH HSS effects.

A return to quiet to unsettled conditions is expected by November 12, SWPC said. 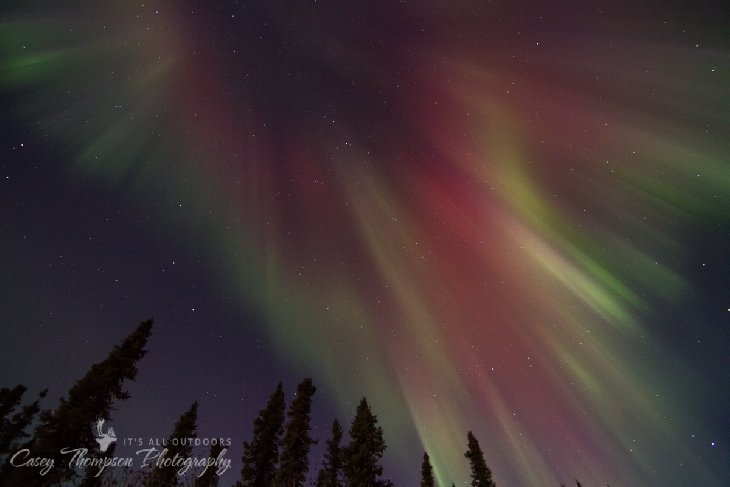 Taken by Casey Thompson on November 10, 2014 @ Fairbanks, AK (via SpaceWeather)

M-class (R1-R2, Minor-Moderate) flares are likely with a continued chance for X-class (R3-Strong) flares over the next three days (November 10 – 13).  Region 2205 continues to be the likely source for significant flare activity.

In addition, old Region 2192 (the source of 6 X-class solar flares during its last transition through the Earth side of the Sun) is expected to return late on November 11 and could contribute to enhanced flare activity.

There is a slight chance for a greater than 10 MeV proton enhancement at or above the S1 (Minor) solar radiation storm threshold over the next three days due to potential significant flare activity associated with Region 2205.

There are currently 4 numbered sunspot regions on the solar disk.

Slight decay was observed in the trailing spots of Region 2205, while separation was noted in the leader and intermediate spots. There was an east-west oriented delta still apparent in the intermediate spots. The rest of the spotted regions were relatively stable in the last 24 hours, SWPC said in their Forecast Discussion issued 12:30 UTC today. 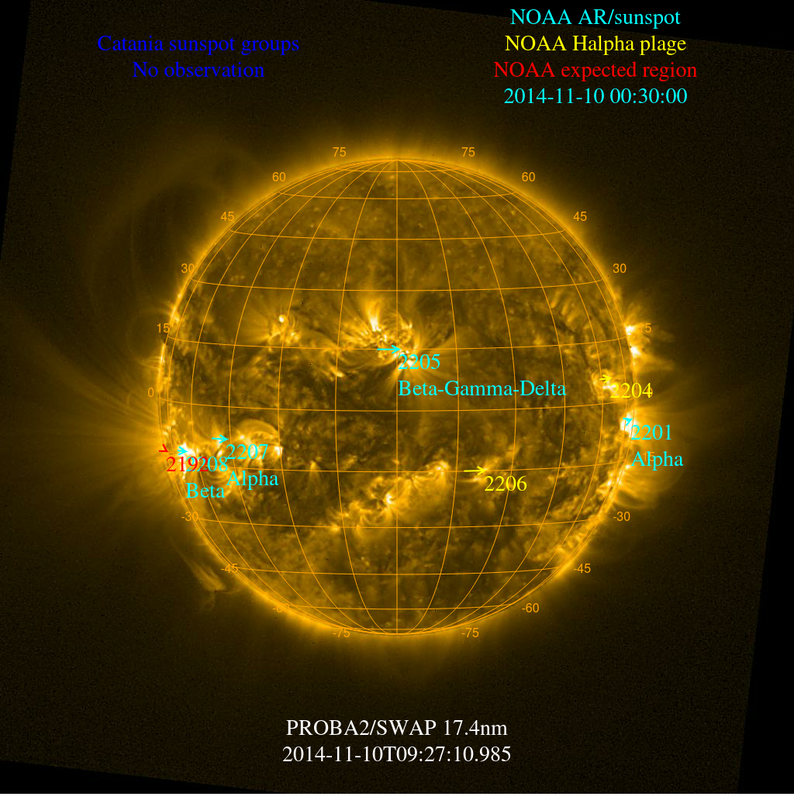 SWPC expects solar activity to be at predominately low to moderate levels with isolated high activity from November 10 – 23 and again from November 29 – December 6. This forecasted activity is due to Region 2205, currently on the visible disk through November 17 and the return of old Region 2192 (S12, L=248) due to return late on November 11. Mostly low level activity is expected from November 24 – 28.