The leading edge of Kilauea's June 27th lava flow has not advanced since October 30, HVO reported on Monday, November 10. The closest active lava to Pāhoa Village Road is located on the north margin of the flow field between the cemetery and private property.

Although current flow activity has decreased, the evacuation advisory for those residents down slope of the flow will continue and residents will be kept informed of the flow status and advancement, Hawaii County said. 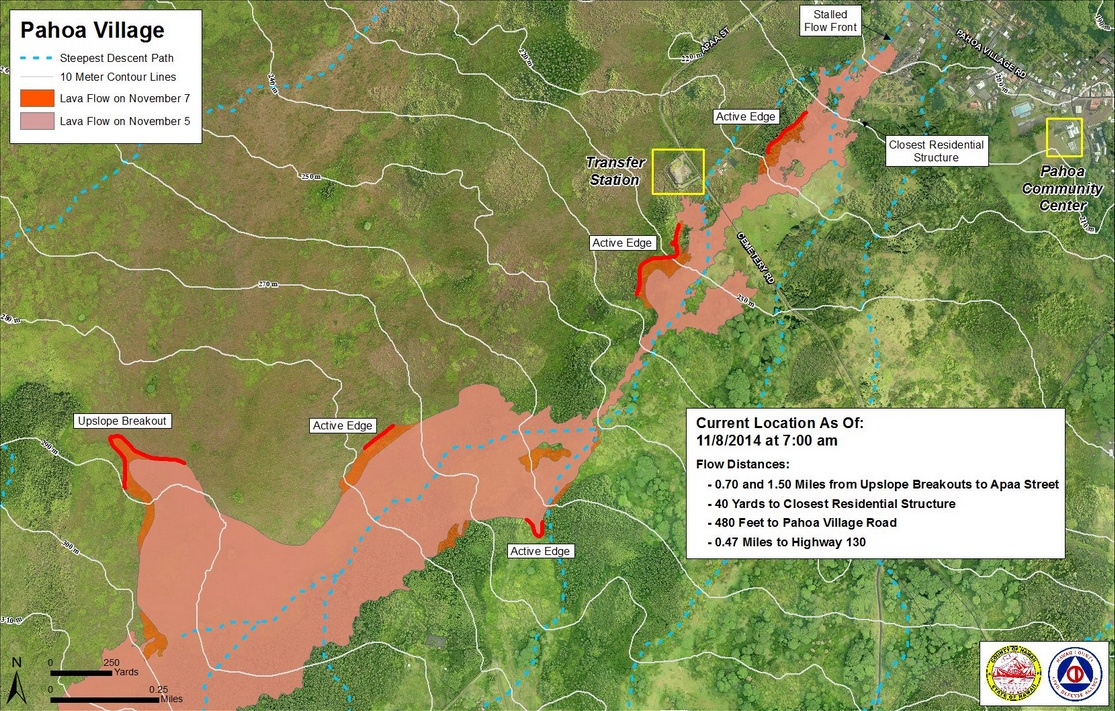 Early Sunday morning, a breakout just above Apaʻa St. / Cemetery Road sent lava across the road along the north margin of the existing flow. By the afternoon, that breakout had separated into three lobes: 1) moving along the existing flow margin towards the cemetery, 2) moving down the road towards the transfer station, and 3) moving towards an abandoned set of buildings across the street from the transfer station.

These lobes were advancing at a rate of about 5 meters (6 yards) per hour or less. By Sunday afternoon, the lobe along the road had come into contact with the cinder pile surrounding a newly installed metal power pole.

The lobe near the transfer station remains active and has advanced to within about 20 meters (22 yards) of the station fence. Small-scale topography is expected to direct this flow parallel to the fence line, however.

Left: The active flow lobe advancing along Cemetery Road / Apaʻa Street approaches a new steel power pole that is surrounded by a cinder barrier. Right: The inflated flow field below the Pāhoa cemetery looking northeast toward the houses on Pāhoa Village Road. Note geologist in the center of the photo for scale. Image credit: USGS / HVO (November 9, 2014)

An overflight by County Civil Defense on Sunday morning confirmed that the leading edge of the flow remains stalled, and noted active breakouts approximately 1.1 km (0.7 miles) to 2.4 km (1.5 miles) above Apaʻa Street.

No significant changes were noted near Puʻu ʻŌʻō. Seismic tremor continued with a fluctuating amplitude, no earthquakes were located in the vicinity of the cone, and webcams revealed no strong variations in the pattern of glow from degassing vents nor the configuration of the crater floor. The most recent sulfur-dioxide emission-rate measurement for the East Rift Zone was 320 tonnes per day (from all sources) on October 31, 2014. 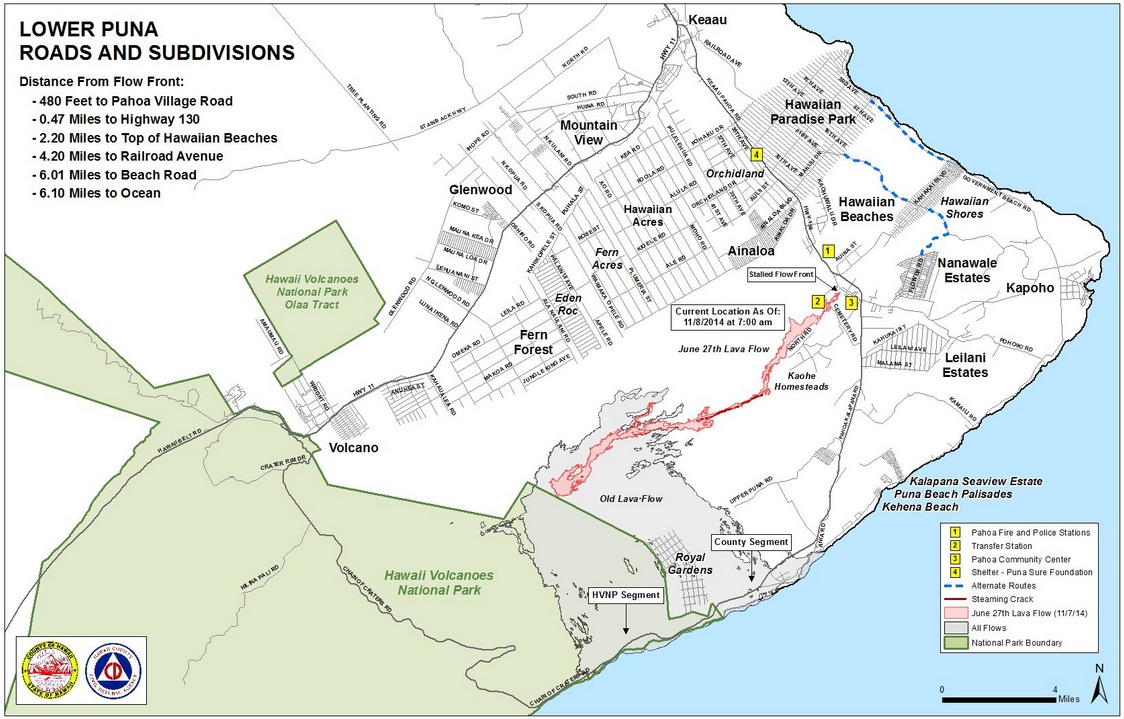