A strong and shallow earthquake measuring M6.1 on the Richter scale was registered east of New Caledonia at 10:04 UTC on November 10, 2014.  USGS is reporting depth of 10 km (6.2 miles). Geoscience Australia is reporting M5.9 at depth of 59 km.

There are only few people living within 100 km radius. 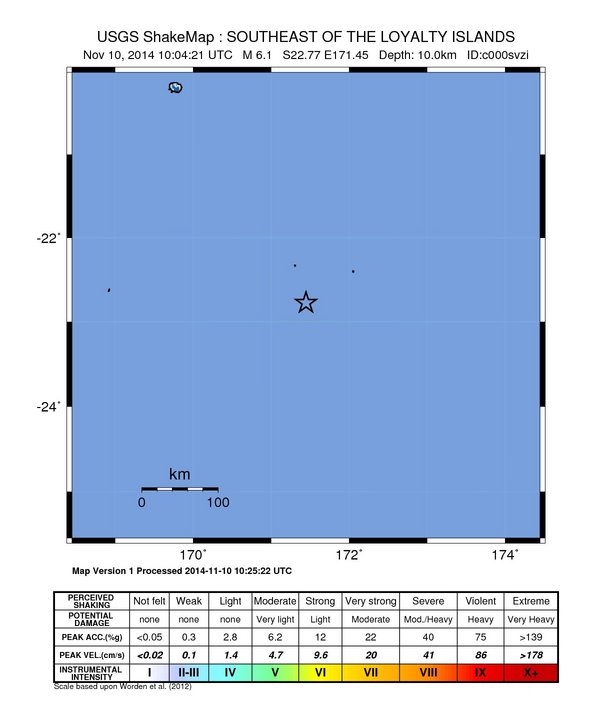