WSA/ENLIL modeling of the event shows a partially Earth-directed component that is expected to impact the geomagnetic field early to midday on November 10 causing active to major storm conditions (G1-G2, Minor to Moderate). 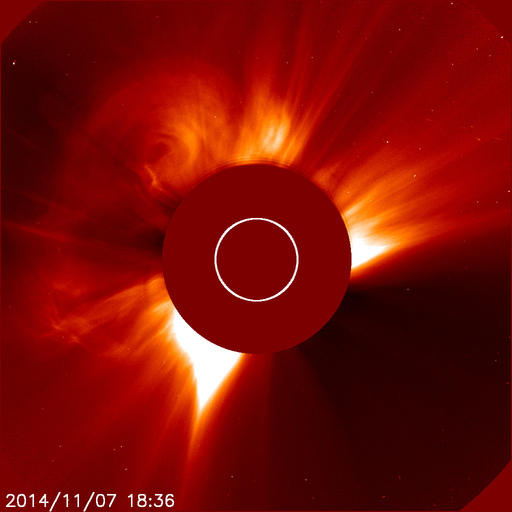 According to SWPC's Forecast Discussion published 12:30 UTC today, solar activity is likely to be moderate (R1-R2(Minor-Moderate)) with a continued chance for X-class (R3 or greater) flare activity over the next three days (November 8 – 10).  Region 2205 ('beta-gamma-delta') continues to be the likely source for significant flare activity.

Solar wind parameters are expected to remain slightly enhanced on November 8 and 9 with solar wind speeds in the 400-500 km/s range.

By early to midday November 10, a indirect impact from November 7 CME is expected to further enhance the geomagnetic field. WSA/ENLIL modelling of the event estimates solar wind speeds approaching 600 – 700 km/s. 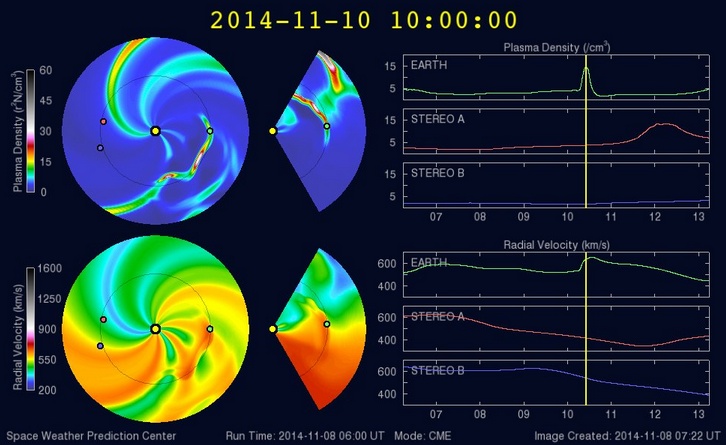 There are currently 5 numbered sunspot regions on the disk. Slight penumbral growth and consolidation was observed in the intermediate and trailing portions of Region 2205. The rest of the spotted regions are either stable or in decay. 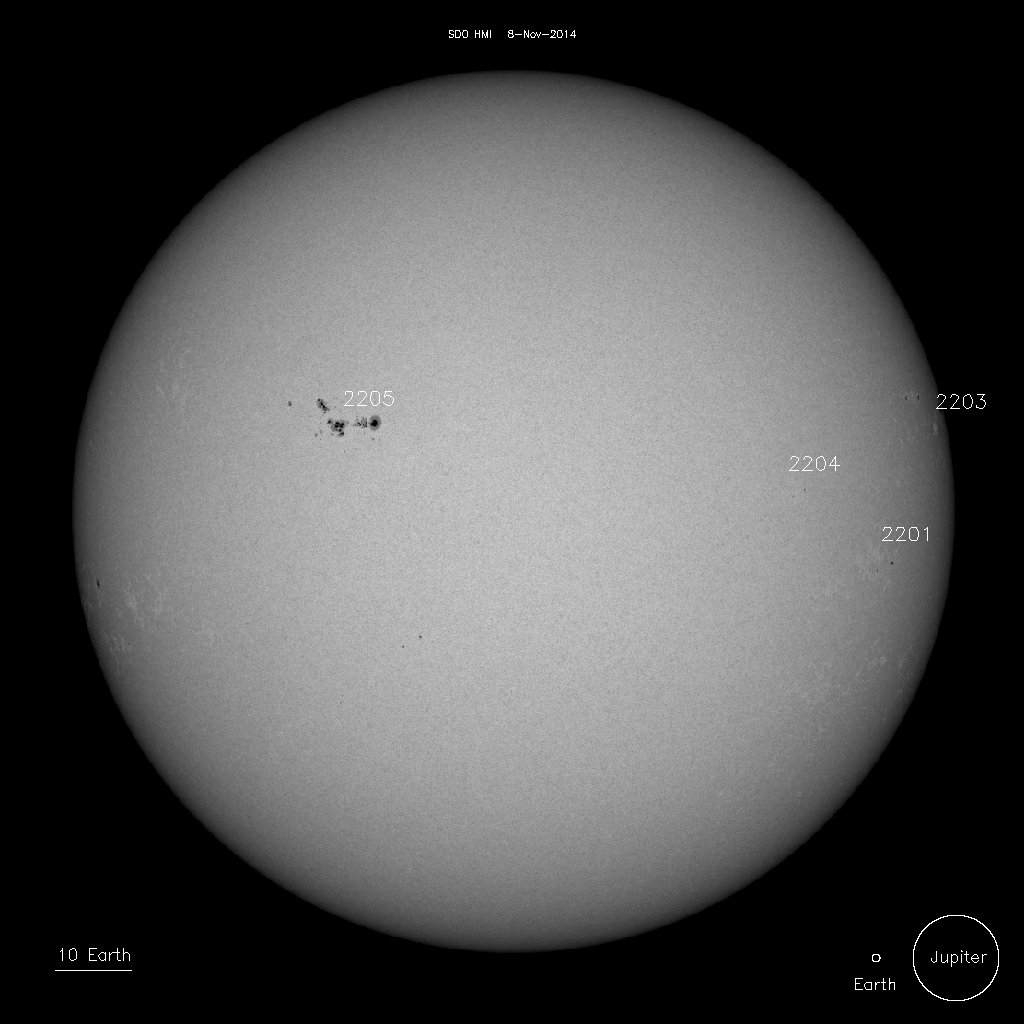 Yesterday's X1.6 event was the seventh X-class solar flare since October 19, 2014, and the first one to have an Earth-directed CME component.

Region 2205 is approaching the center of the disk and is capable of producing more strong to major eruptions on the Sun. More Earth-directed CMEs are possible in the coming days.