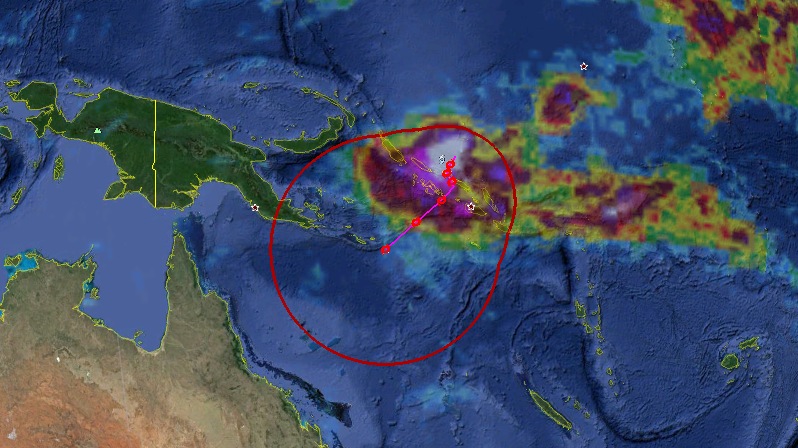 The cyclone is moving WSW at about 15 km/h (9.3 mph) and is expected to gradually intensify over the next 24 hours as it approaches the Solomon Islands.

The system is expected to turn toward Queensland, Australia but will remain very far offshore and does not pose a threat to the Queensland coast. 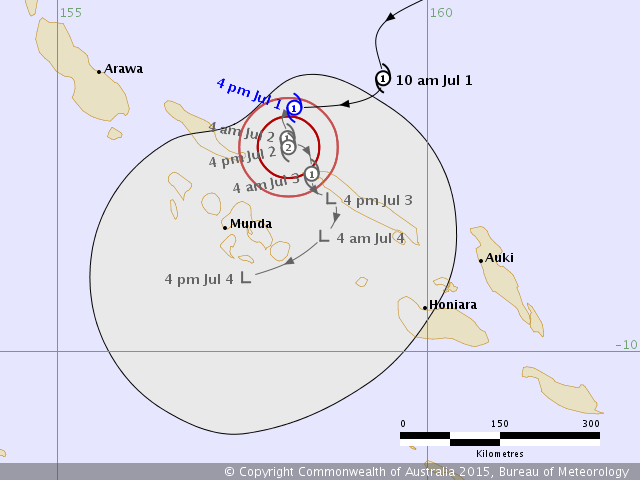 This is certaily a unique scenario, Jess Carey, a spokesman from the BOM's Queensland office, said. "Since we've been tracking cyclones with satellite-based technology, we haven't seen one in July."

The official cyclone season runs from November 1 – April 30, so any cyclone after May or before October is considered unusual.

Australia has only had one other officially declared July cyclone, which formed off Western Australia in 1996. (ABC) 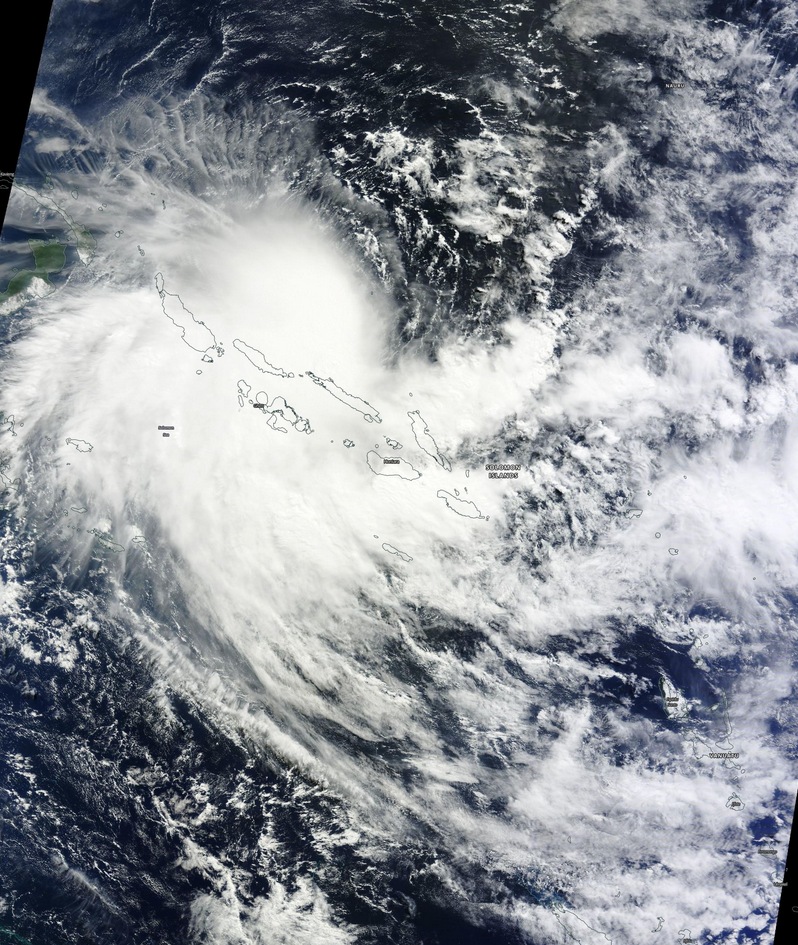