A team from the country's Geological Survey Division (GSD) and National Disaster Management Office (NDMO) investigated the volcano on July 30, 2021, following reports of increased seismicity and loud explosions on July 28.

The team saw steam and gas emissions rising from one area of the crater, possibly indicating an active fissure, and interviewed local residents.

"The GSD notified National Disaster Operations Committee and other authorities on July 31, confirming the increased seismicity, and prompting a preparedness response," USGS Volcanologist Sally Sennert noted. "The measures included further monitoring of the island, sending technical teams, and issuing Volcano Safety Messages to residents of the island and surrounding areas."1

"I suspect some sort of steam blast from that site because people report seeing some sort of cloud above the area," Chief Geological Officer Thomas Toba told ABC.2 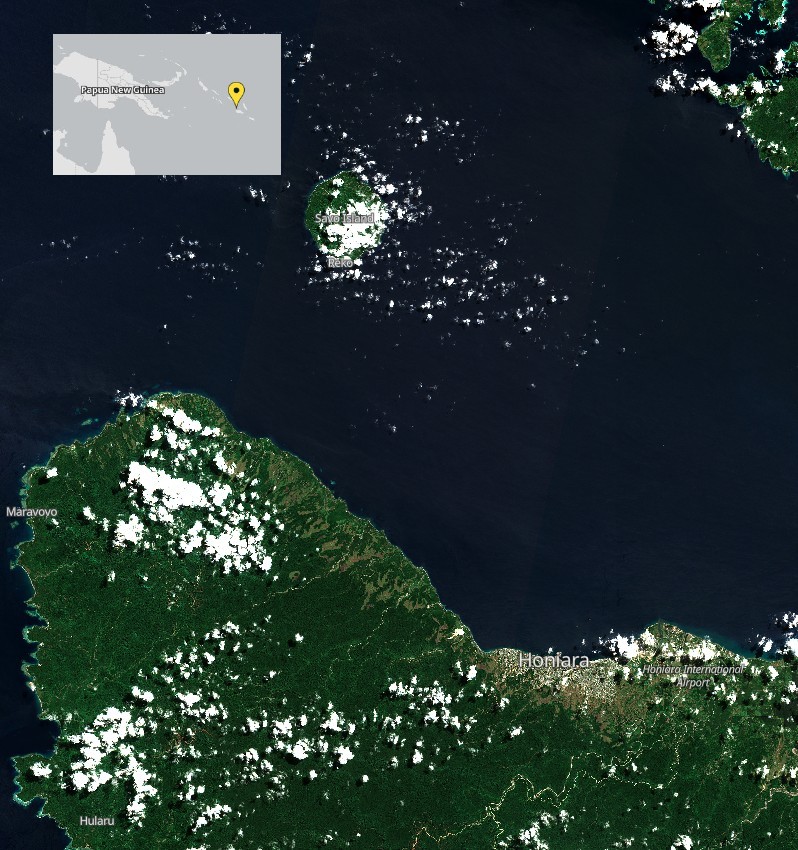 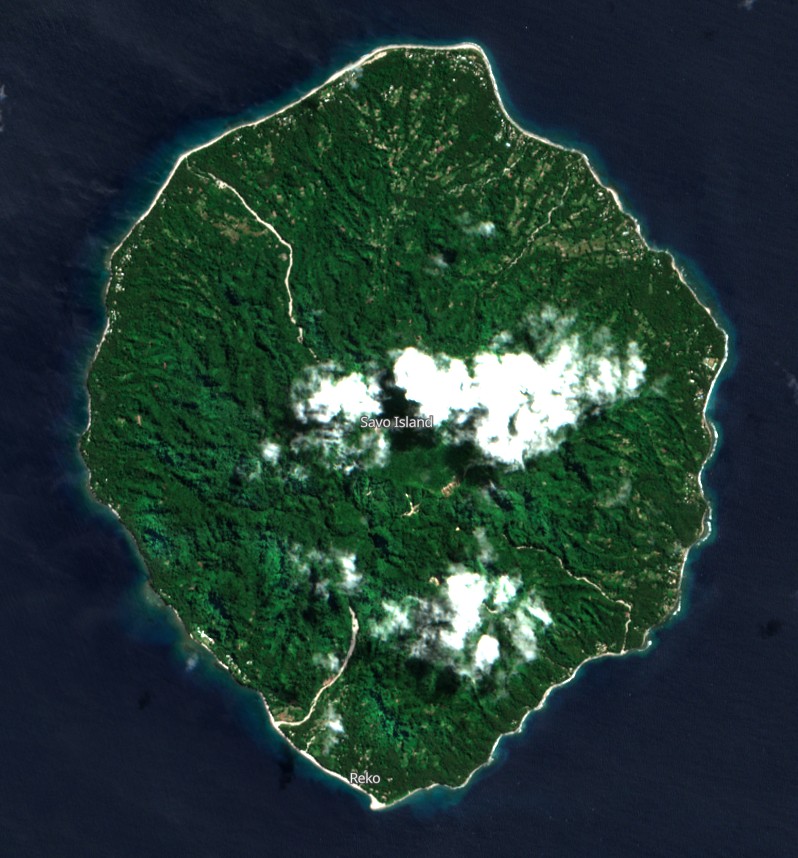 While volcanic activity on Savo has since subsided, Toba said Savo's proximity to Honiara makes it a constant worry for officials, especially in the case of a large eruption.

"Depending on the conditions of weather, at the time of eruption and the height of a column, and the size of eruption [it would] definitely affect the whole of Solomon Islands," he said.

Officials have asked experts from Vanuatu and Papua New Guinea for assistance in monitoring volcanic activity.

Lava domes of historical age are located on the crater floor and its NE rim, and older domes occur on the flanks of the volcano.

Pyroclastic flows and mudflows traveled down valleys from the summit crater to form debris fans along the coast.

Thermal areas located in the summit crater, the south to SE flanks, and offshore include areas of steaming ground, fumaroles, small geysers, and hot springs.

Spanish explorers arrived in 1568 during the first historical eruption of Savo. Pyroclastic flows during the climactic phase killed almost all inhabitants of the island, and oral traditions also note the expansion of the island on the northern side.

Other eruptive episodes occurred during the mid-17th century and during the 1830s to 1840s.3