Tropical Cyclone Helen, accompanied by strong winds and heavy rain, has made landfall near Machilipatnam, across the Andhra Pradesh in India. 8,000 people have been evacuated to safer places while two persons were killed in separate rain-related incidents as heavy rains lashed coastal districts of Andhra Pradesh. Wind gusts of 95 to 130 km/h (60 to 80 mph) were recorded. 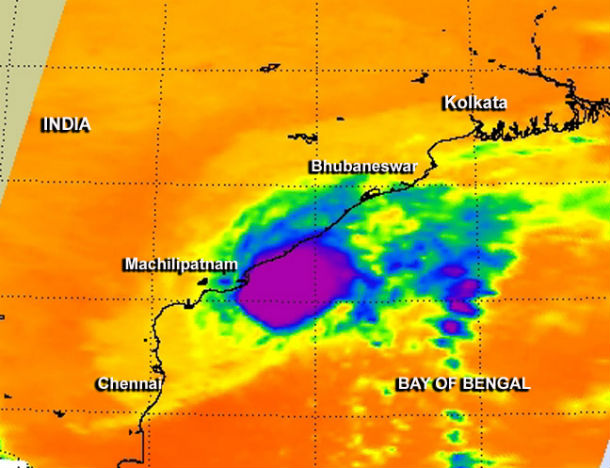 Rain amounts of around 100 mm (4 inches) with locally higher totals of 200 mm (8 inches) are expected across east-central Andhra Pradesh, significantly heightening the concern for flash flooding.

According to the latest report by Joint Typhoon Warning Center (JTWC), the center of Tropical Cyclone Helen was located approximately 193 nm north-northeastward of Chennai, India. The system is moving westward at speed of 7 knots. Tc Helen is expected to dissipate over land. 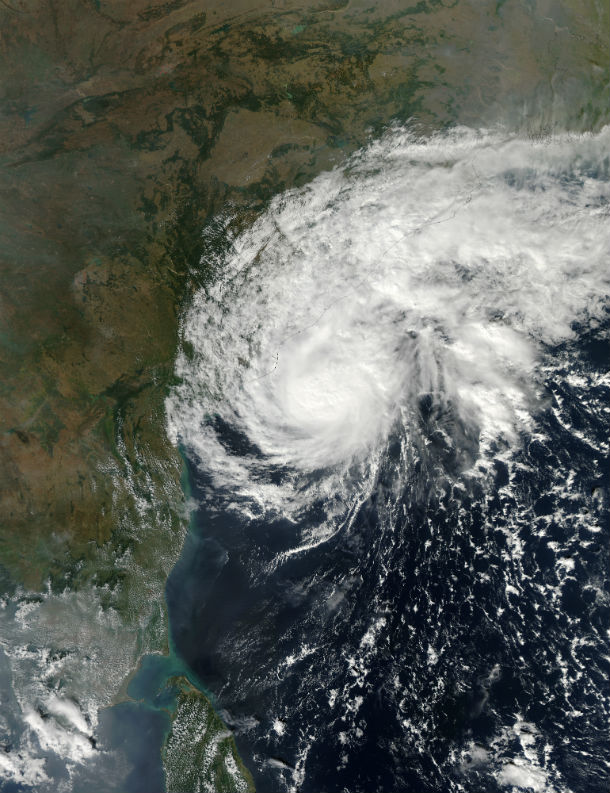 In October, a very severe cyclonic storm, Phailin, wrecked havoc in Andhra Pradesh and Odisha and triggered heavy rains that caused flooding in Bihar and West Bengal. About 80 people were killed in its aftermath and property and crops worth thousands of crores was damaged.

In the meantime, another tropical disturbance is taking shape in the Andaman Sea. Current indications point toward this possible cyclone taking aim at eastern India around the middle of next week. 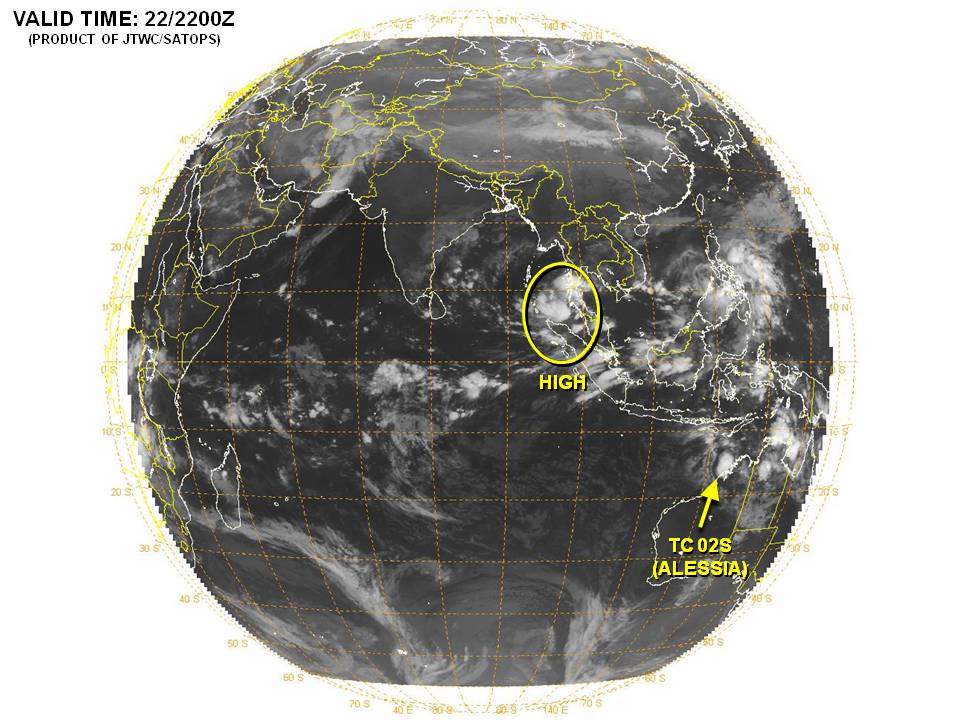