Heavy rain and overflowing rivers caused by Low Pressure System which has now became Tropical Cyclone Ita brought worst flooding in Solomon Islands region in last eight years. Capital Honiara, a city with population of just under 70 000, is one of the worst hit areas where Matanikau River has burst its flanks on April 3rd leaving parts of the city cut-off.

Very heavy rainfall started on April 2 and 3, more than 450 mm in 48 hours. The mean total rainfall for the whole month of April is 257 mm.

According to latest reports on April 7, 19 people have lost their lives, 40 are still missing and an estimated 49 000 people are left homeless.

Rivers in the north-west, central and north of the island also flooded, destroying homes and displacing communities. There are more than 5 500 people in three of the most populous of the 13 evacuation shelters in Honiara, where aid groups report dengue fever is threatening to spread. (Source)

Severe damage to infrastructure was also reported; the two bridges connecting west and east Honiara are destroyed or blocked and the International Airport is not operational. Honiara and some other areas of Guadalcanal island were declared disaster zones. Water supplies and infrastructure including sewerage and electricity have also been damaged.

"This is unprecedented, and I've seen earthquakes and tsunamis and other very bad flooding incidents,” said the country director of Oxfam, Katie Greenwood. “But this flash flooding is unlike anything that I've seen previously here in the country.”

Debris appeared to be over 1m deep in parts. Will be a painstaking search in #honiara #solomonfloods pic.twitter.com/zYRNsje3tH

A strong earthquake measuring M 6.0 struck 28 km WSW of Kirakira, Solomon Islands on April 4 causing further damage.  According to USGS, the population in this region resides in structures that are vulnerable to earthquake shaking, though some resistant structures exist.

According to the UN report on April 5, getting further supplies from the outside world is proving difficult since flights from the main airport – Honiara International Airport – are suspended while the runway is being repaired and cleared of debris.

Honiara International Airport has reopened to limited commercial flights on April 6 as navigation lights are damaged and the domestic terminal is flooded. 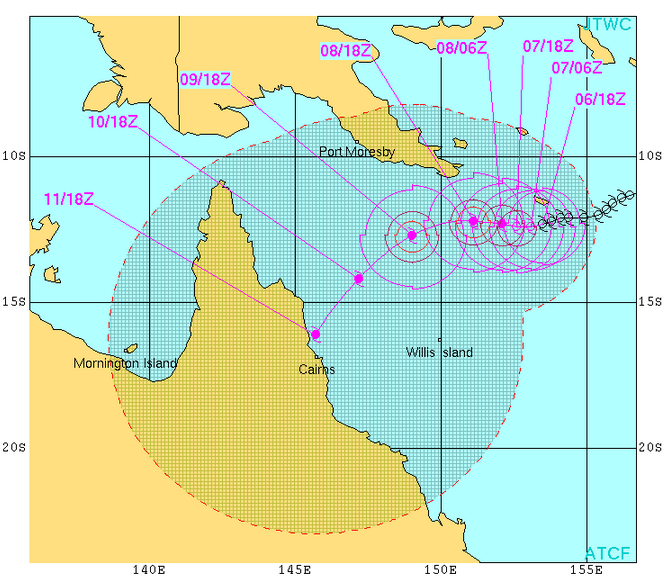 Tropical cyclone Ita is currently a category one cyclone located south of Papua New Guinea and is traveling westward towards Queensland, Australia. The Australian Bureau of Meteorology expects it to intensify to a category three storm over the next few days.