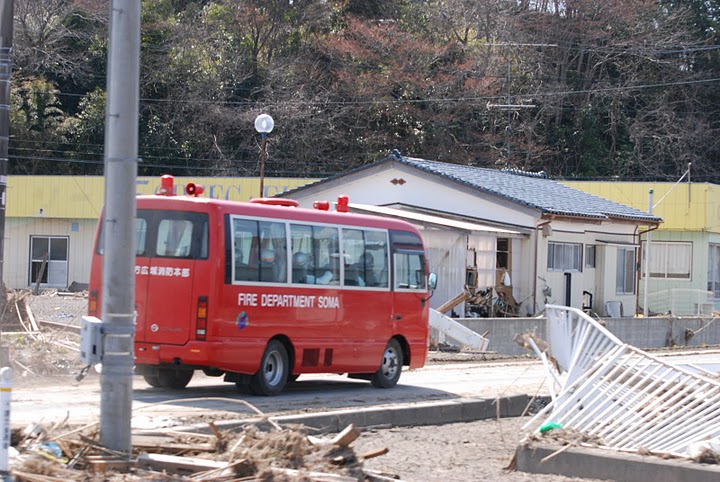 Cancer rates in many areas of Japan are on the rise following the global catastrophe at the Fukushima Daiichi nuclear power facility back in March 2011. And some Japanese doctors now caring for all those radiation refugees who were shipped out from areas surrounding the nuclear plant after it exploded say fallout from the disaster is likely to blame for this massive uptick in disease.

The German media group Deutsche Welle (DW) reports that many radiation refugees are having to watch as their family members and pets suffer gruesome fates at the hands of what appears to be radiation poisoning. One elderly woman told reporters that her dog lost all the hair around his neck, his skin turned black, and he eventually died, all signs that suggest a link to radiation.

Many people are also suffering, as evidenced by tests revealing an increase in thyroid damage among folks who lived in close proximity to the plant. One local doctor from Namie, a town located about 5.6 miles (9 km) from the Fukushima plant, has been examining patients ever since the disaster and is convinced that Fukushima radiation is causing a major public health crisis.

"Children and young people are particularly vulnerable to the uptake in radioactive iodine in their thyroid," says Dr. Shunji Sekine, a retired physician with a medical practice in the city of Nihonmatsu, which is currently housing some 230 relocated families who evacuated other areas following the Fukushima disaster, as quoted by DW.

"Although comprehensive studies are missing, I see a connection between nuclear accidents and the occurrence of cancer," adds the specialist in both thyroid and breast cancer, noting that he has observed a significant increase in both conditions following the nuclear catastrophe.

Cancer rates have been rising all across the region, in fact, with the latest data showing that 13 out of every 100,000 inhabitants, including many young children, are coming down with some form of cancer. Based on world averages for cancer, this represents a cancer rate that is nearly four times higher than the norm.

"According to official figures, 33 cancer cases have been identified in about a quarter of a million children and teenagers since the beginning of February," reads the DW report. "This translates into 13 cases for every 100,000 inhabitants, a figure almost four times higher than the world average for all age groups."

The Japanese government has, perhaps not surprisingly, continued to downplay the severity of the situation, advising "further investigations" in order to avoid pinning the rise in disease on Fukushima. But the phenomenon almost exactly matches what occurred following the Chernobyl disaster, as well as the uptick in cancer rates following the dropping of atomic bombs on Hiroshima and Nagasaki by the U.S. during World War II.

Many of the people being diagnosed with radiation-associated diseases were also forced to trek through areas during their evacuation that had become poisoned by radioactive particles that drifted from the stricken plant. According to Dr. Sekine, who out of the kindness of his own heart is now allowing victims in his area to use a full-body screening machine to test for radiation poisoning annually, the forced relocation of these folks by the Japanese government actually exposed them to more radiation.

"Only four days after the explosion of the nuclear reactor, orders were given to evacuate the town of Tsushima in the northwest," adds DW. "This led to the refugees being transported through the invisible radioactive cloud, resulting in even more exposure to contamination than if they had stayed at home."

"Officials in Tokyo knew this from their computer models. But they remained silent, as they feared a widespread panic."