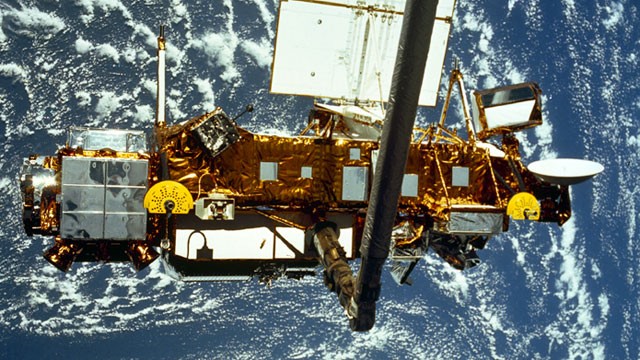 NASA has issued an update on the condition of the decaying UARS satellite: “As of 1:30 p.m. EDT Sept. 21, 2011, the orbit of UARS was 120 mi by 130 mi (190 km by 205 km). Re-entry is expected sometime during the afternoon of Sept. 23, Eastern Daylight Time. The satellite will not be passing over North America during that time period. It is still too early to predict the time and location of re-entry with any more certainty, but predictions will become more refined in the next 24 to 48 hours. (SpaceWeather)

Satellite tracking expert Ted Molczan has used USSTRATCOM’s orbital elements of UARS to predict a decay time “late on Sep 23, roughly between 18:00 and 22:00 UTC.” Click on the map to view ground tracks corresponding to this interval: 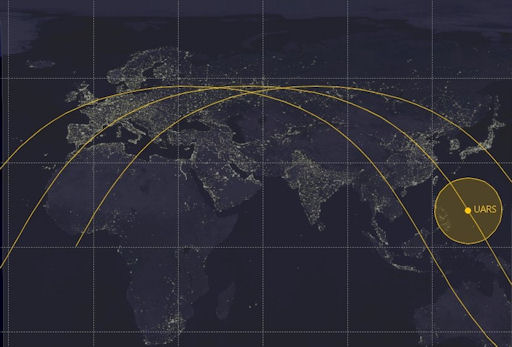 The Upper Atmosphere Research Satellite (UARS) is an orbital observatory whose mission is to study the Earth’s atmosphere, particularly the protective ozone layer. It is 35 feet long, 15 feet in diameter, weighs 13,000 pounds, and carries 10 instruments. UARS orbits at an altitude of 375 miles with an orbital inclination of 57 degrees. Designed to operate for three years, six of its ten instruments are still functioning. UARS measures ozone and chemical compounds found in the ozone layer which affect ozone chemistry and processes. UARS also measures winds and temperatures in the stratosphere as well as the energy input from the Sun. (SatelliteFlybys) 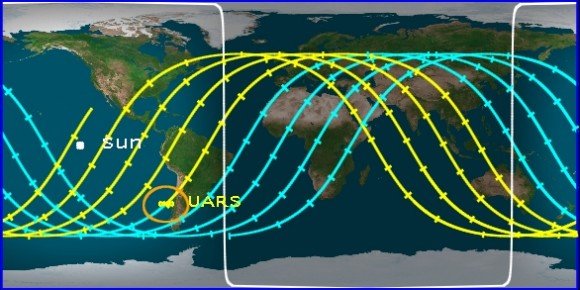 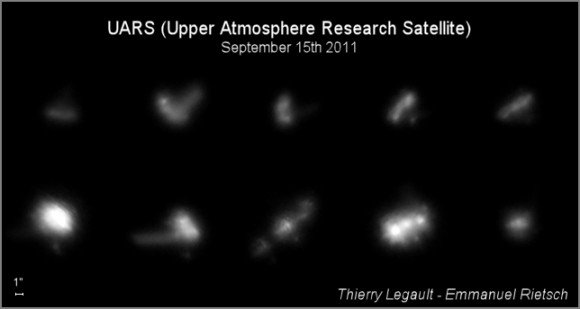