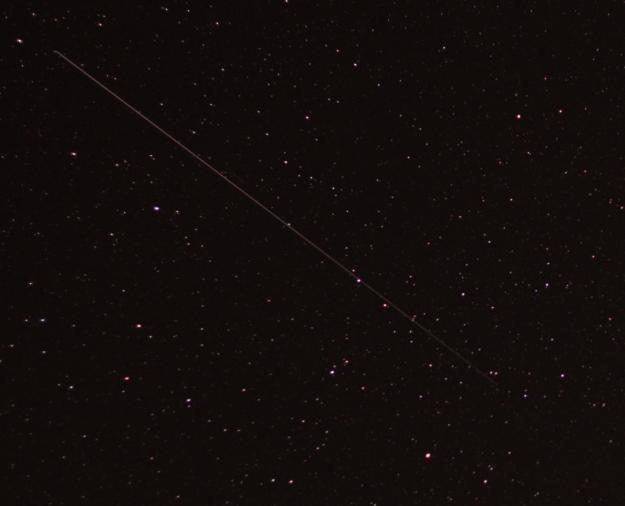 NASA says it continues to wait for final confirmation of re-entry. "If debris fell on land (and that's still a BIG if), Canada is most likely area," the space agency just said on their twiter.  It is still unconfirmed but it looks like the place of UARS landing could be in Canada, in Okotoks, near Sheep river – about 18km south of Calgary.

Observers in central Texas saw UARS streaking overhead (but not disintegrating) at 8:18 PM CDT on Sept. 23rd. It was spotted again over western Colorado at ~9:46 pm CDT ("Still intact, but tumbling," says observer Scott Sheriff) and again over Minnesota at 9:55 pm CDT. Since then, however, no observers have reported seeing the doomed satellite. NASA's estimated window for re-entry (between 11:45 p.m. Sept. 23 and 12:45 a.m. Sept. 24 EDT) has passed, so UARS might be no more. (SpaceWeather) 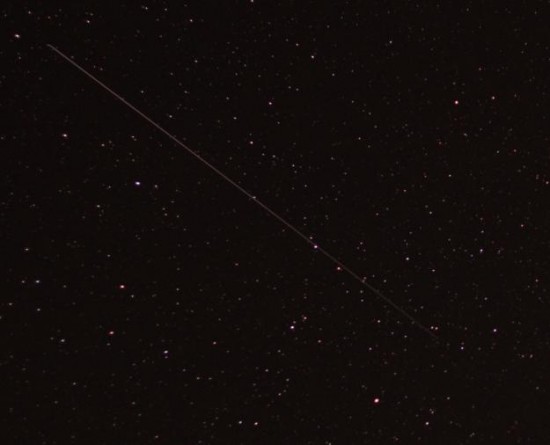 "In the entire 50 plus year history of the space program, no person has ever been injured by a piece of re-entering space debris," said Mark Matney, an orbital debris scientist at NASA. "Keep in mind we have bits of debris re-entering the atmosphere every single day."

Another satellite is coming down (NASA's ROSAT) in October heavy as 400 kg – possibly surviving reentry. It has also been suggested that solar activity in 2012 could cause more damage to old, out-of-use satellites, making this kind of thing quite common in 2012.