There is more space junk headed our way next month. A defunct German space telescope called ROSAT is set to hit the planet at the end of October – and it even is more likely than UARS to cause injury or damage in populated areas.

NASA calculates a 1-in-3200 chance of UARS causing injury or damage. But at the end of October or beginning of November, ROSAT – a 2.4-tonne X-ray telescope built by the German aerospace lab DLR and launched by NASA in 1990 – will re-enter the atmosphere, presenting a 1 in 2000 chance of injury.

The higher risk stems from the requirements of imaging X-rays in space, says DLR spokesperson Andreas Schütz. The spacecraft’s mirrors had to be heavily shielded from heat that could have wrecked its X-ray sensing operations during its eight-year working life. But this means those mirrors will be far more likely to survive a fiery re-entry.

At present, a total of about 6700 tons of space debris is in orbit around the Earth. This total figure includes the X-ray satellite ROSAT. 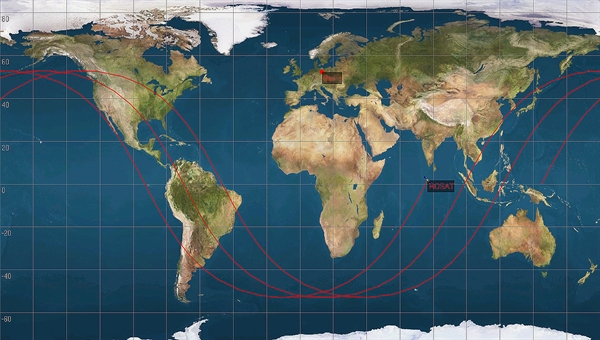 DLR estimates that “up to 30 individual debris items with a total mass of up to 1.6 tonnes might reach the surface of the Earth. The X-ray optical system, with its mirrors and a mechanical support structure made of carbon-fibre reinforced composite – or at least a part of it – could be the heaviest single component to reach the ground.“

ROSAT’s design means more of it will hit the surface. This is because ROSAT has a large mirror structure that survives high re-entry temperatures. ROSAT was deactivated in 1999 and its orbit has been decaying since then.

“ROSAT does not have a propulsion system on board which can be used to manoeuvre the satellite to allow a controlled re-entry,” says space industry lawyer Joanne Wheeler of London-based legal practice CMS Cameron McKenna. “And the time and position of ROSAT’s re-entry cannot be predicted with any precision due to fluctuations in solar activity, which affect atmospheric drag.”

US Strategic Command tracks all space objects and the US-government-run Aerospace Corporation lists  upcoming and recent re-entries on its website. But ROSAT is not yet on the upcoming list because its re-entry time is far from certain.

The moment a craft will re-enter is difficult to predict because it is determined by two main factors. First, the geometry of the tumbling satellite as it enters the upper atmosphere, which acts as a brake. Second, the behaviour of the upper atmosphere itself, which grows and shrinks with the amount of solar activity.

Solar activity causes the atmosphere to expand upwards, causing more braking on space objects. The reason UARS is coming back sooner than expected is a sudden increase in solar activity. Indeed, we expect to see a higher rate of re-entries as we approach the solar maximum in 2013.

What’s coming down is partly a legacy of 1990s space-flight activity. Some of the re-entries we see today 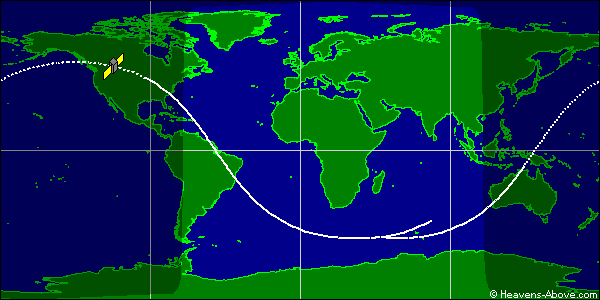 On June 1, 1990 the German X-ray observatory ROSAT started its mission to open a new era in X-ray astronomy. Doubtless, this is the most ambitious project realized up to now in the short history of this young astronomical discipline. Equipped with the largest imaging X-ray telescope ever inserted into an earth orbit ROSAT has provided a tremendous amount of new scientific data and insights.

The German-US-UK X-ray observatory ROSAT  (Röntgen Satellite)  was launched into an 550 km circular orbit in June 1990. It carried two imaging telescopes operating in the soft X-ray (0.1-2.4 keV) and EUV (006-0.2 keV) ranges. The X-ray telescope consisted of four nested Wolter type I-mirrors. The manufacturing of the X-ray mirrors – the largest and most accurate ones at that time – pioneered the use of Zerodur (a ceramics with zero thermal expansion) and an extremely low surface roughness (0.25 nm rms). 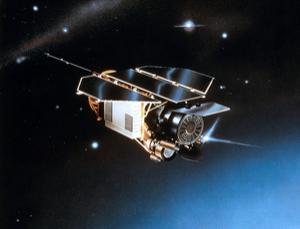 In its focus were two position sensitive proportional counters (PSPC, 20 arc sec) and one high resolution imager (HRI, 5 arc sec). The EUV telescope consisted of three nested Wolter-Schwarzschild mirrors and two channel plate detectors (3 arc min). The satellite and the X-ray telescope was designed, built and operated by Germany. NASA provided the Delta launch and the high resolution imager while the UK built and operated the EUV telescope. The prime ROSAT data centers were and are at the Max-Planck-Institute for Extraterrestrial Physics in Garching (X-rays) and at the University of Leicester (EUV) with mirror sites at the Goddard Space Flight Center and other scientific institutions.

ROSAT performed the first all sky surveys with imaging telescopes leading to the discovery of 125,000 X-ray and 479 EUV sources. In addition the diffuse galactic X-ray emission was mapped with unprecedented angular resolution (< 1 arcmin).

Most of the mission time was devoted to pointed observations at selected targets. In total 4580 PSPC and 4482 HRI fields were covered with observation times between ~ 2,000 sec and ~ 1 Million sec. 700 Scientists  (Principal Investigators)  from 24 countries were involved in these pointed observations. The total number of ROSAT based publications is 4787, with 54,9 % in referred journals (status August 2001). 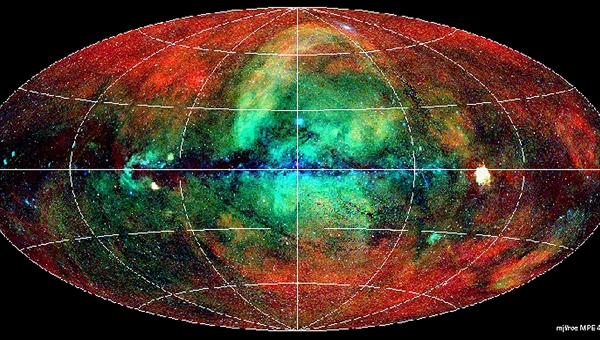 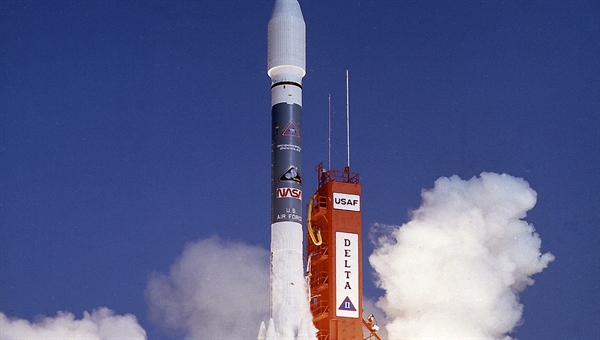 A sample representation based on three consecutive orbits of ROSAT around the Earth. Each of these orbits has a duration of about 90 minutes. The path of one orbit to another gradually changes above Earth’s surface. This image shows ROSAT on 12 April 2011.

At the start of its mission, the ROentgen SATellite (ROSAT) performed its observations in an elliptical orbit at distances of between 585 and 565 kilometres above the surface of the Earth. Since then, atmospheric drag has caused the satellite to lose altitude. In June 2011, it was at a distance of only about 327 kilometres above the ground. Due to the fact that ROSAT does not have a propulsion system on board, it was not possible to manoeuvre the satellite to perform a controlled re-entry at the end of its mission in 1999. When the spacecraft re-enters the atmosphere at a speed of approximately 28,000 kilometres per hour, the X-ray observatory will break up into fragments, some of which will burn up by the extreme heat. The latest studies reveal that it is possible that up to 30 individual pieces weighing a total of 1.6 tons may reach the surface of the Earth. The largest single fragment will probably be the telescope’s mirror, which is very heat resistant.

The time and location of re-entry cannot be predicted precisely. At present, scientists expect the X-ray satellite, which completes an Earth orbit in about 90 minutes, to re-enter in early November 2011. Currently, this date can only be calculated to within plus/minus five weeks.This time slot of uncertainty will be reduced as the date of re-entry approaches. However, even one day before re-entry, the estimate will only be accurate to within plus/minus five hours. All areas under the orbit of ROSAT, which extends to 53 degrees northern and southern latitude could well be affected by its re-entry. The bulk of the debris will impact near the ground track of the satellite. However, isolated fragments could fall to Earth in a 80 kilometre wide path along the track.