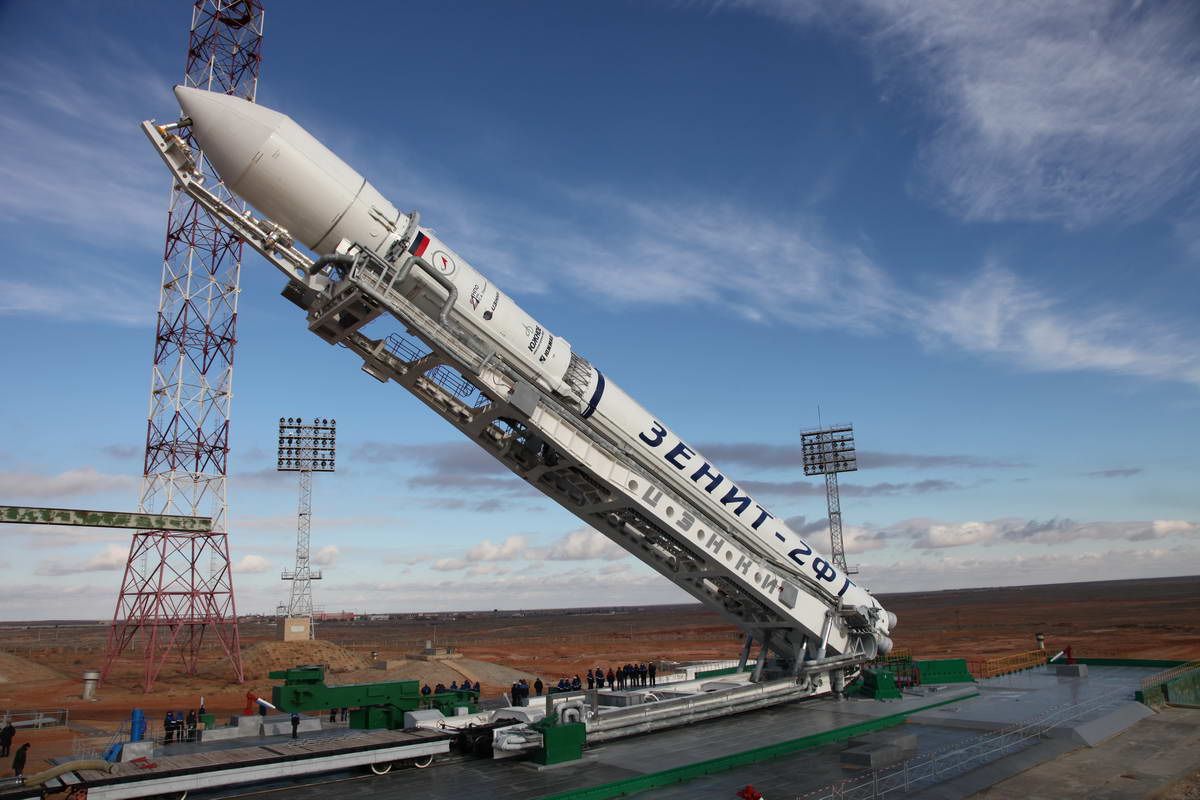 The European Space Agency announced on Dec. 2 that it will stop trying to contact the stranded Russian Phobos-Grunt spacecraft, which has been stuck in the wrong orbit for almost a month now. So it looks like it will fall to Earth. Russia’s Phobos-Grunt probe launched Nov. 8 on a mission to collect and return samples from Mars’ moon Phobos. But the spacecraft’s thrusters malfunctioned shortly after launch, leaving it stuck in a low orbit around Earth rather than on a course for the Mars.

“In consultation and agreement with Phobos-Grunt mission managers, ESA engineers will end tracking support today. Efforts in the past week to send commands to and receive data from the Russian Mars mission via ESA ground stations have not succeeded; no response has been seen from the satellite.” ESA reported in a press release 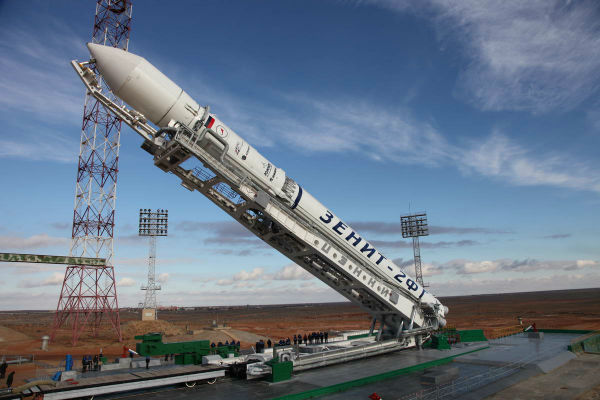 Ultimately, ESA engineers say they have not completely given up hope for Phobos-Grunt. While the chances to save the marooned spacecraft appear to be dwindling, agency officials maintained their willingness to help if needed.  The window of opportunity for the probe to reach the Martian moon has closed already, since the journey requires Earth and Mars to be properly aligned. Russia launched the spacecraft last month for the same reason that NASA successfully launched its $2.5 billion Mars Science Laboratory on Saturday — to take advantage of a fuel-efficient orbital alignment of Earth and Mars that comes every 26 months. The MSL Curiosity rover is expected to land Aug. 5 on Mars. Scientists have predicted that Phobos-Grunt could fall back to Earth as a piece of space debris sometime in mid-January. (Space.com) 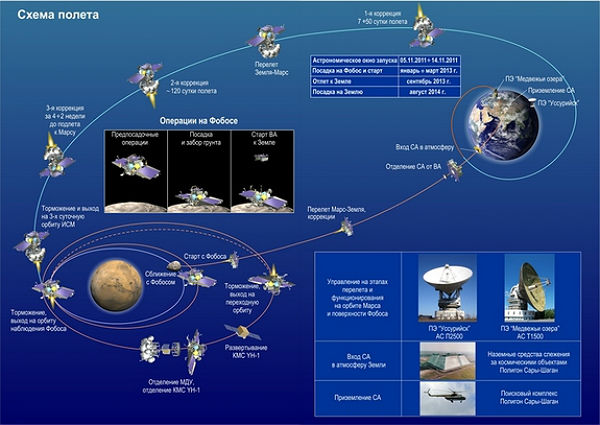 The orbit of the Russian defunct space probe continues to descend at the speed of one kilometer a day. As of 7:03 a.m. MSK Tuesday, the orbit perigee of the probe made up 209.75 km. The orbital apogee was measured at 309.19 km. As of 11:13 p.m. Wednesday, the orbital perigee and the apogee of the probe dropped to 208.79 and 306.43 km respectively. The majority of experts are certain that the Russian interplanetary station will never fly to Mars, even if it become operable again. The debris of the probe may crash on Earth in January-February 2012. It will be possible to determine the date of the crash when the orbit of the probe descends to 180 km.

“The probe will burn, most likely entirely, when falling down. Some fragments may reach the planet, though. For example, it goes about the parts of the landing capsule which was supposed to return back to Earth after the mission to Mars.The aluminium tanks with heptyl will burn in the atmosphere for sure. Nothing will be sprayed during the process, so I do not see any danger to people,” Valery Daduchenko told ITAR – TASS.

The crash location for Phobos-Grunt could fall anywhere above 55 degrees south latitude and below 55 degrees north latitude on Earth.

Marco Langbroek captured this footage from near Leiden, The Netherlands on Nov. 28, 2011. See more at his website.