Last week, ESA’s ground station in Perth, Australia added a feedhorn antenna to existing one and succeeded in communicating with Phobos-Grunt on two successive days. But all attempts to renew the contact failed since then. Yesterday station in Perth gave another try but it failed again.

The Maspalomas station, located in the Canary Islands off the Atlantic coast of North Africa, could give another chance for comunication with lost Russian Space Agency’s Phobos-Grunt spacecraft.  Modifications are being made to a 15-meter dish antenna which usually provides tracking, telemetry, and other functions in support of the European Space Operations Centre (ESOC) of the European Space Agency (ESA). 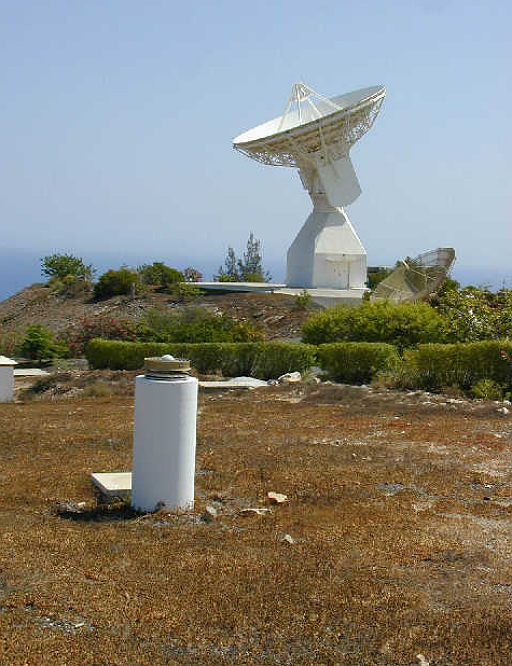 Because a low orbit requires a spacecraft to move more swiftly with respect to the ground, communication is extremely limited due both to time and geometry. By allowing Maspalomas to operate similarly to Perth, but from its different location, both geometric and time factors affecting communication will be improved. Should this result in the spacecraft executing commands to climb to a higher orbit, further communication and diagnosis of spacecraft systems then would become much easier. (UniverseToday)

If the 14-ton probe remains incommunicado, it’s doomed to a fiery death. Phobos-Grunt’s orbit will decay, and it will come crashing back into Earth’s atmosphere. Experts aren’t sure when exactly that might happen, but some predictions point to mid-January. The spacecraft is carrying about 8 tons of toxic hydrazine fuel, but Russian officials have said that this fuel shouldn’t make it to Earth’s surface. 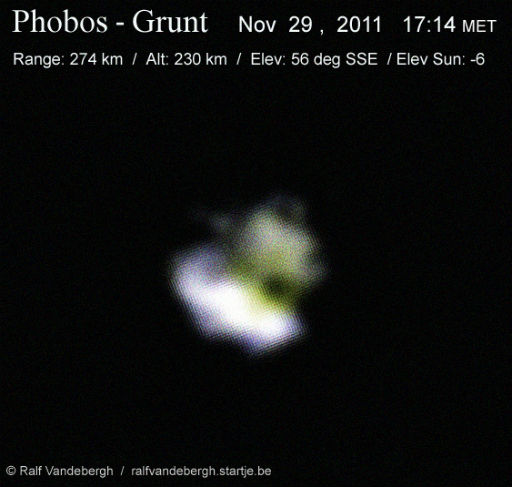 Astrophotographer and veteran satellite spotter Ralf Vandebergh tracked Russia’s Phobos-Grunt spacecraft as it passed over the southern Netherlands yesterday (Nov. 29). Using a 10-inch (25-centimeter) telescope and a video camera, he snapped a series of images at a range of about 170 miles (274 kilometers).