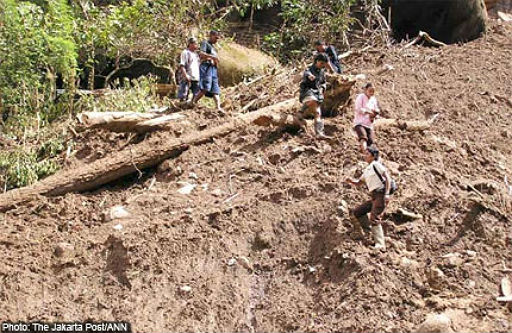 The deadly landslide buried at least 37 houses in the village Moze in the district of Majo Kampung Barije on the island of Nias, off Sumatra, following three days of rain, according to multiple reports. The combination of heavy yearly rainfall and steep slopes make this part of western Indonesia prone to landslides. During wet season in Indonesia, landslides are common, particularly in heavily deforested mountainous areas.

Nias Search and Rescue (SAR)  reported not to have received accurate data on the number of victims but said it anticipated finding dozens of residents had died during the landslide. Jakarta Post reported that SAR team’s efforts to search and evacuate the bodies had been impeded by flooding that was blocking access to the site of the disaster. The only bridge linking to the village was destroyed by the flood. Parts of the 120-km-long Gunung Sitoli-Teluk highway were also under 30-cm-deep flood waters. 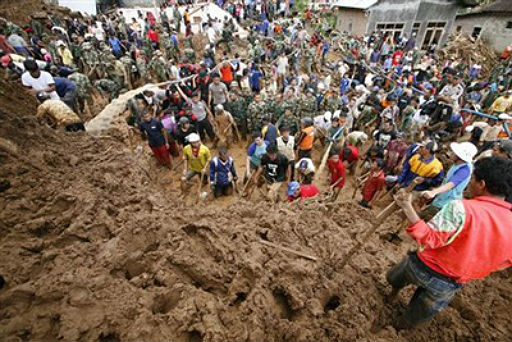 Weather observations from nearby western Sumatra, accessed by AccuWeather.com, showed torrential rain late last Sunday and again on Wednesday into Thursday. Further downpours will be possible through at least Friday.

Nias shores were devastated by the 2004 Indian Ocean tsunami that killed more than 300 people and caused serious damage to infrastructure, displacing around 10,000 people from their homes. Nias suffered a major loss in another great earthquake in 2005 in which over 1,500 people died.