The Riau administration in Indonesia has declared a state of emergency on Friday, December 20, 2019, after floods and landslides affected more than 62 000 residents and claimed at least 6 lives. Floods have reportedly submerged hundreds of villages in six of the province's regencies.

The status was enforced in preparation for a probable worst-case scenario after waters burst from four of the province's large rivers, Riau Secretary Yan Prana Jaya Indra Rasyid said.

"With the state of emergency, the regional administration could no longer cite financial difficulties in disaster-handling measures because the central government will provide support through the National Mitigation Agency (BNPB)."

The overflowing waters from the rivers Kampak, Siak, Rokan, and Indragiri have submerged at least 216 villages in 43 districts in the regencies of Rokan Hulu, Kampar, Rokan Hilir, Pelalawan, Kuantan Singingi, and Indragiri Hulu as of Friday.

Around 25 133 households including 62 630 individuals in the six regencies were affected. 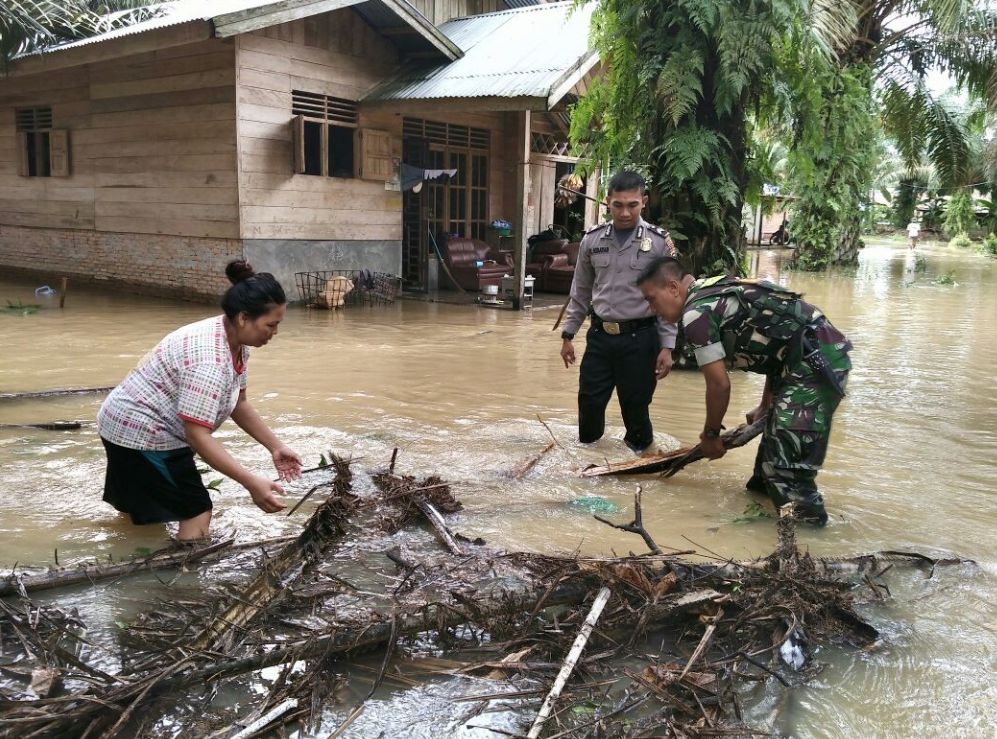 "We have set up a number of temporary shelters and field kitchens in several areas," Yan said.

Over the past weeks, six casualties due to floods and landslides were recorded by the Riau Disaster Mitigation Agency.

Two of the victims died after being trapped in a mudslide. Three were swept away by the flood in Rokan Hulu and the other one drowned in Kuantan Singigi.

Some of the afflicted regencies reportedly issued states of emergency days prior to the provincial administration's declaration.

Riau is vulnerable to floods and landslides during the rainy season. Major floods are likely to hit the province twice a year, Yan added. "Floods usually occur at the beginning and the end of the year."

"The main reason behind [the disaster] is deforestation; there are fewer and fewer trees that can absorb the rainwater."

Yan continued, "The water flows straight to the river and overflows into residential areas.” In urban areas, a lack of drainage systems has exacerbated flooding problems. Yan noted that, in some parts, systems were developed without Environmental Impact Analysis (Amdal)."

The secretary advised Riau residents to immediately inform local authorities when their area gets hit by a flood. This way, the disaster mitigation personnel and aid will be deployed promptly.

BNPB director of equipment Rustian supported the provincial administration's decision to declare a state of emergency, saying, "The status gives legal protection for transfers of funds from the BNPB to help flood and landslide victims in the province."

Authorities put the emergency funds on standby for bigger disasters, but Rustian gave a different opinion.

"They should solve the [floods] problem from its roots and keep looking for the best and most sustainable solutions for the future," he said.

Pekanbaru Meteorology, Climatology and Geophysics Agency (BMKG) data, and information head Marzuki forecasted the rainfall to continue battering the province until January, most likely occurring every morning and night.

"Rain will pour all over the province until the end of December. The intensity will decrease in January, particularly in the northern part of Riau," he said, adding the potential of floods disrupting New Year’s Eve celebrations was slim.

The emergency status applies for 11 days from December 20 until 30.